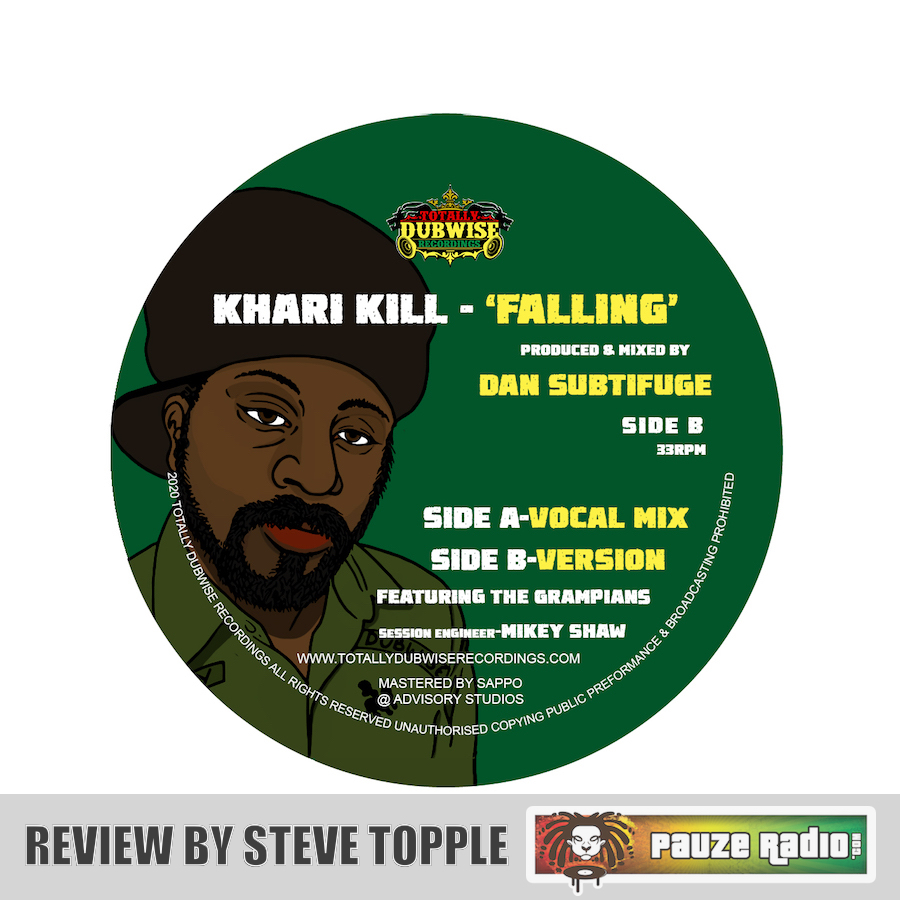 Trinidadian and Tobagonian artist Khari Kill seems to have a tendency to only release music when it’s really worth it. From the stunning 2008 project Picture of Selassie, to his 2019 interpretation across the Uprising Riddim, Protected, quality defines his work. So, it’s no surprise his latest release is stellar.

Khari Kill Falling, released via Totally Dubwise Recordings, is a reflective and vulnerable piece by Kill. Produced and engineered by the ever-excellent Dan Subtifuge, the quality is as you’d expect from Dubwise. Session engineering from Mikey Shaw and mastering from Sappo are top-class. The Grampians, meanwhile, come on board with some superb levels of musicianship – elevating the quality of the track. But the composition and Kill are undoubtedly the stars of the show.

The track is based around the classic Youthman Riddim from 1977, originally produced by Glen Brown for Glenroy Richards via the Grove label. But Dubwise and Subtifuge have reimagined it for 2020 across a limited edition 7” lathe cut.

It opens with a syncopated bass line; one of the more dominant features of the track. What’s interesting with the arrangement is that it avoids the usual drop beat rhythm associated with Roots and Dub. Instead, the bass alternates between on beat and dotted notes, in keeping with the original riddim. But Subtifuge has mashed with the melodic line. While the focus is still on the root triad of each chord, more detail has been added versus the 1977 cut. For example, the root note that starts the second phrase goes up to the fifth, instead of down. This gives the line more musical narration and feeling of movement. This unrepentant, constantly moving riff along with its melodic variations is the glue which holds the rest of Falling together.

An electric organ treads a bubble rhythm path which jumps up and down octaves, while guitars first duty is to skank – with occasional melodic flourishes in between. Drums on the 1977 original used a heavy one drop, with both the kick and snare hitting the upbeats. While this hasn’t changed much in 2020, the arrangement has – with the hi-hats using a double time pattern as opposed to 1977’s dotted structure. Again, this drives Falling’s unrepentant momentum, and brings a more brooding vibe to proceedings. There are additional rolls and riffs from the basic drums, and the inclusion of some additional lines as well.

The iconic sax line, almost Blues/Jazz in its use of the chromatic scale, is replicated here by stark, high-passed synth horns – again moving Falling from smooth, 70s Roots into unsettling 21st century music; albeit with a dystopian, 80s Synthwave eeriness, too. The sum of these parts is a haunting and foreboding affair but one which interestingly is nearly the same BPM – yet due to the arrangement and detailed engineering, feels completely different. And it fits Kill’s interpretation perfectly.

Vocally he is of course pitch perfect. Kill has a glorious instrument: it sits somewhere in timbre between a rounded, resonating baritone and a rich, open tenor; quite unique in technical terms. He has the ability to do melodic runs which sit nearer RnB in their arrangement. And his use of a bridging style between straight vocal and singjay is exquisite. But it’s the lyrical content of Falling and Kill’s interpretation which really stands out.

There’s a profound vulnerability in his writing. He switches between the first and third person, with the latter being both the youths he discusses and the proponents of the system which is corrupting them. But it’s his use of the first person at times (putting himself in the shoes of the youths) which hints at the internal battle Kill may have had in the past. He laments:

“I’m steady trying to live my life,
Steady trying to do what’s right.
But every time I feel my vibes,
System trying to kill my heart.
Tell me what I gotta do
To keep myself from falling, falling;
I feel like picking up my gun this morning, morning…”

This ambiguous narrative, unclear if he’s talking about others or himself, is a clever lyrical device – as it compounds the message to the listener and provides personification. Kill’s performance just accentuates the potent lyrics further, making intuitive use of syllable clipping and fading the ends of words into closed-mouth vowel sounds to give the impression of musing on what he’s delivering. He also modifies vowel at points, again enhancing the lyrics; his intonation and dynamics are full of light and shade and Kill’s overall performance is one of moving reflectiveness at how the system offers no hope to young people and ultimately leaves them so bereft that crime seems the only option.

Falling is powerful work from Dubwise, Subtifuge and Kill. It’s a highly smart use of a classic riddim, embellished with the artist in mind. And Kill delivers in droves: painting a tragic and damning picture of 21st century society for so many young people. But moreover, the message of how the system corrupts sadly runs parallel to Richards’ 1977 original, Wicked Can’t Run Away – showing how little has changed. Inspired and haunting in equal measure. Pre order Khari Kill Falling here. 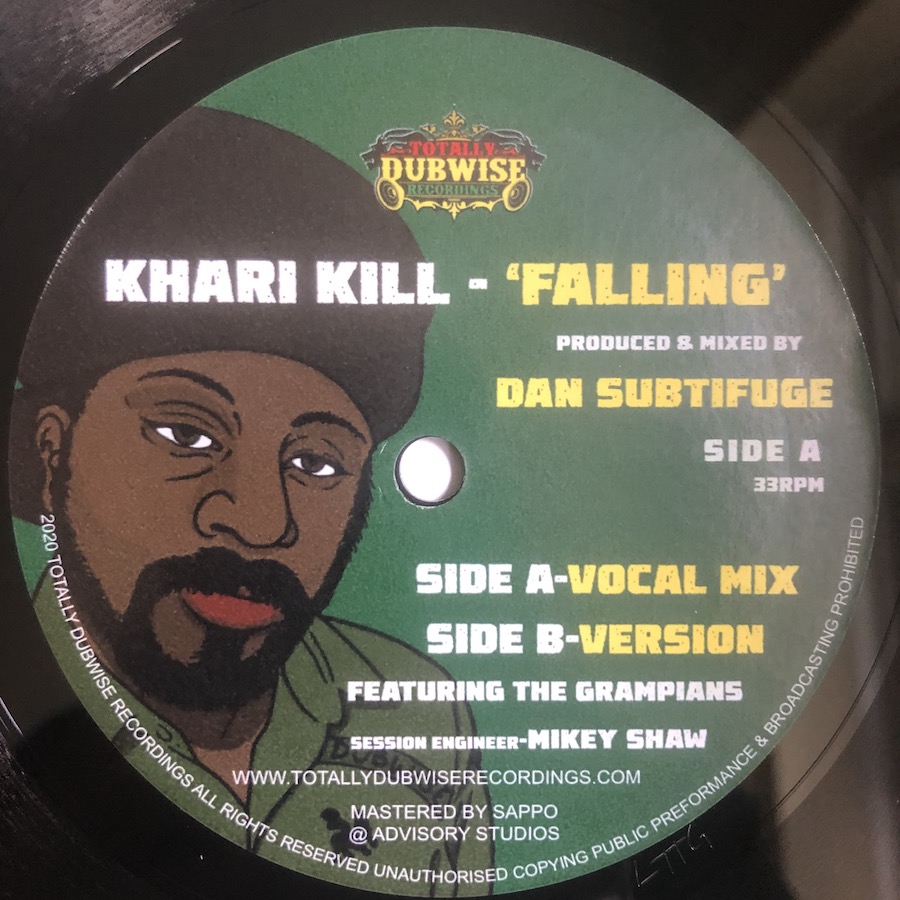