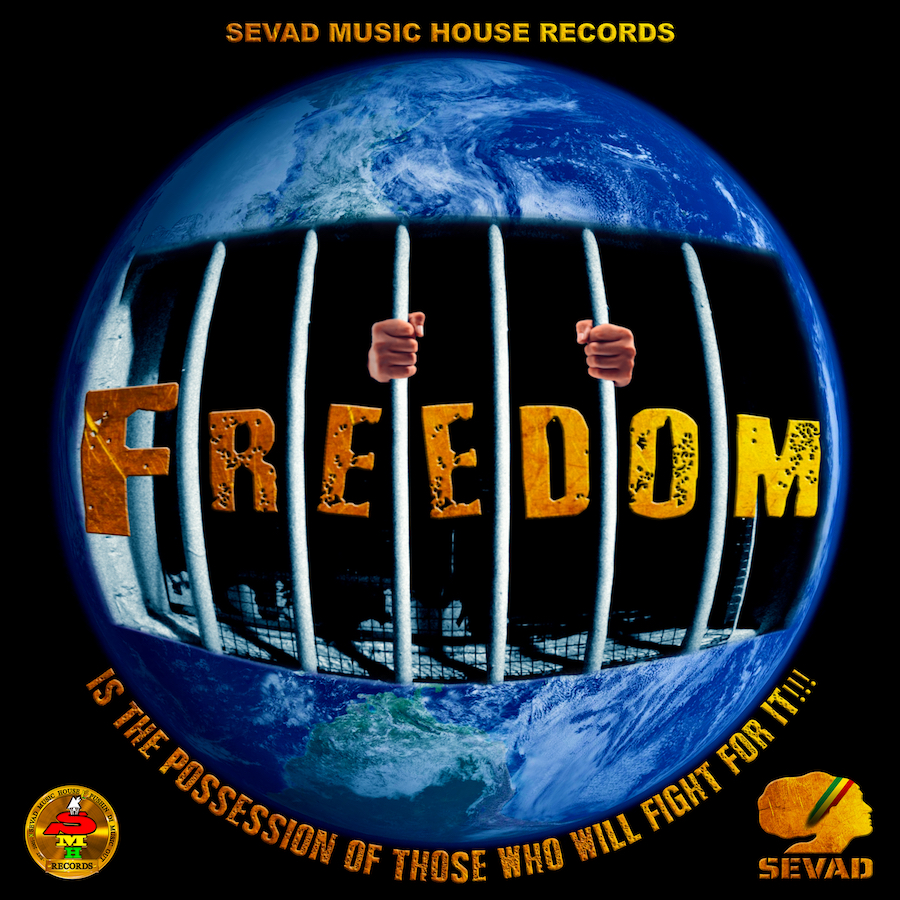 German-based artist Sevad is the epitome of modern, conscious Roots Reggae-derived music: crossing the boundaries between the genre and other styles. And his latest release is no exception to that ethos – as he delves deep into modern music while still delivering a searing lyrical message.

Sevad Freedom is set to be released via Sevad Music House Records on 24 September. This versatile artist has consistently produced genre-defying music that transcends styles while delivering evocative and pertinent political and social messages. His 2020 album Black Man’s Government was impossible to pin down to a genre, as it fused various ones together to create a unique sound. Since then, he has honed his craft further with tracks like Revelation Time – proving himself to be a talented and skilled individual. Now, Freedom takes Sevad’s career up a gear.

“Sevad has returned with yet another clever fusion of genres – creating a smart, modern but unsettling Trap-RnB cut while keeping distinct elements of Reggae in there, too. It’s hauntingly effective, as this formidable artist swerves between a rapid-fire singjay and soaring straight vocal. Musically inventive and lyrically potent, Freedom is a fresh, conscious cut that will resonate with many” – Mr Topple for Pauzeradio

Sevad said of the process of composing Freedom:

“I originally created the piano melody over two years ago. But when I came to write the song, I thought to myself that I wanted the message to resonate more with the youth – because they are the future. So, I decided to add UK Drill drum and bassline patterns, to add a more Hip Hop kind-of feel to the sad, slightly dark piano melody that I already had”.

But it is Freedom’s message that is core to the track’s overall feeling. Sevad has delivered a poetic sermon on the shackles that the system binds us all in. Yet the overriding narrative is still one of hope: that when we understand how the system enslaves us, we can find love and unity between us all; overcome and eventually win emancipation. As Sevad muses in Freedom: “Watch yah now, good over evil a dat we a pree now; love will always conquer de evil, beg you put down di fear now, people”

“I wrote this song because I could no longer pretend that I don’t see and hear the cry of the people. It was as if I was Jonah in the belly of the Whale: trying to hide from the calling, from the words that were haunting me day and night. I realise now, that I can no longer stand in the middle. I have to choose my side”.

Freedom is a veritable song for our generation: musically it’s in touch with its target audience and is sure to propel Sevad to a whole, new army of conscious listeners.

Download or stream Freedom on iTunes and Spotify here.