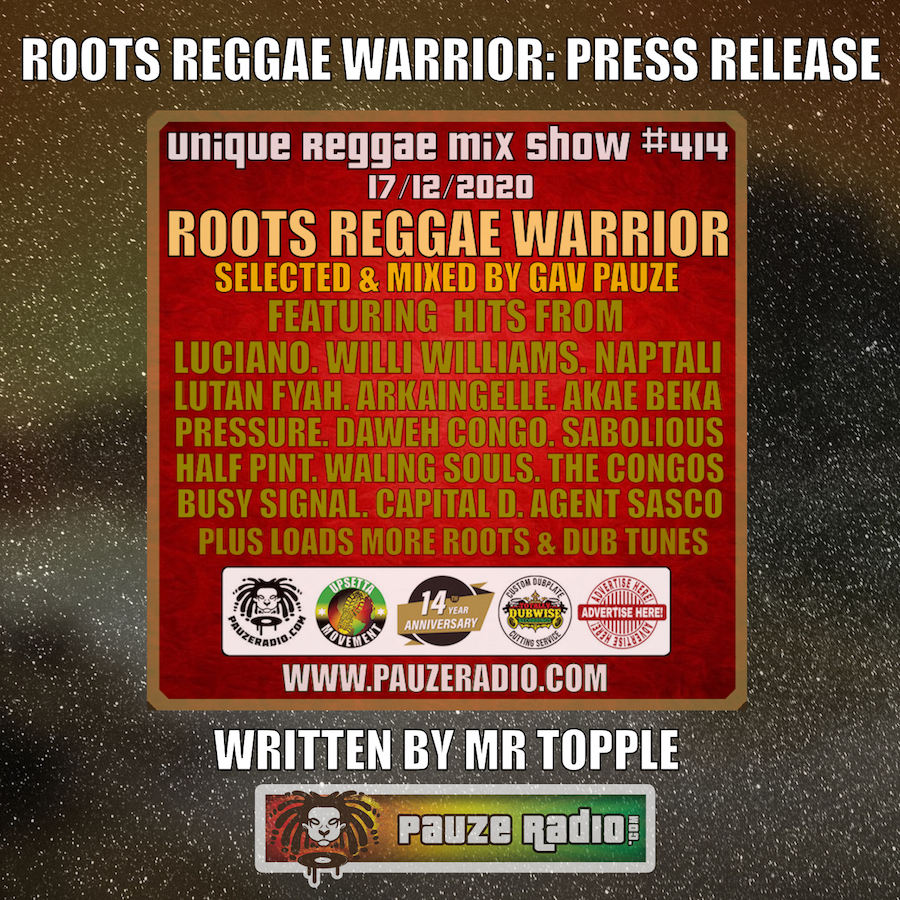 2020 has been a turbulent and unsettling year: from the coronavirus pandemic to the entrenching of social divisions via economic crises. But the past 12 months have also been a uniquely collective experience for many of us – with much of the human population being immersed in similar, and at times challenging, situations.

But many of us have found the familial, personal and spiritual strength to persevere in the face of often extreme adversity. While the New Gregorian Year is often viewed as a rebirthing and renewing for us as humans, we should be mindful that as individuals and a society, we have the character and resilience to enact change, fight the good fight and evolve and grow at any point in a 365-day cycle. We are all born Kings and Queens. It is up to us whether we exert the individual and collective force and power to truly realise this or not.

With that in mind, DJ Pauze is humbled and proud to have compiled the latest edition of the Unique Reggae Mix Show around the notion of “Roots Reggae Warrior”: music that stirs the power and capabilities each of us possess; displays the righteous fighting characteristics we all hold within us, and reminds us that change and salvation begins within ourselves, rippling outward thereafter. It’s also a fitting narrative, given that it’s the 14-year anniversary of the Unique Reggae Mix Show, too.

Part One opens with Dreadlock Tales and the rousing Jah Melodica; a fitting beginning given the instrument’s central role in Roots culture. The section then moves through various points on a journey centred around faith and spirituality. Several tracks from the Willi Williams/Lone Ark Riddim Force/A-Lone Productions 2020 release Glory To The King feature – a fulsome and stirring record if ever there was one. Bost & Bim’s celestial-like Dreamcatcher Riddim also features, and Part One concludes with Yutman Record’s Rasta Riddim – an apt conclusion to a wholly regal selection.

Part Two focuses on musings around how we as individuals, and as a collective, interact with the world and each other. DJ Pauze has included several elongated sections from artists and riddims. Several tracks from Luciano’s solid 2020 release The Answer feature. Seamlessly linked is Thompson Sound’s revisiting of some classic Channel One riddims (not least Jah Jah Dreader Than Dread). Lutan Fyah, recently celebrating his Earthstrong, features on two tracks – one of these being part of CKM Infinity Studio’s recent riddim The Message, and Part Two concludes with Trudii Harrison’s poignant Black Voice.

Part Three sees DJ Pauze selecting tracks which address the challenges and problems we face as a species and planet. It opens with Heartical’s moving and thoughtful Universal Tribulation Riddim, with interpretations from General Levy and BDF, among others. Agent Sasco, fresh from his powerful EP release Sasco versus Assassin features twice: once across the 2018 Apollo Riddim and then on the more recent Upsetta Records x Loud City’s inspired and wholly ingenious Kings Riddim; of which DJ Pauze has also included the Busy Signal x Capital D interpretation. This segment concludes with two tracks from VC: the By His Deed Dubplate being compelling listening.

Finally, and Part Four exudes messages of positivity and thankfulness; an apt conclusion for an end-of-year show. There are several tracks from Arkaingelle’s uplifting Nah Watah Down album, which was perhaps one of the strongest releases of 2020. Producers on the project, the irrepressible Zion I Kings, then return on DJ Pauze’s mix with their 2018 H.I.M. Teachings Riddim. There are also several tracks from a forthcoming Anotha One Productions’ project, the glorious and inspiring Happy Child Riddim – set for release on 25 December. And the final Unique Reggae Mix Show of 2020 concludes with two tracks from the legendary Wailing Souls – off their recent and stellar release Back A Yard. A wholly fitting conclusion – taking the subject matter as well as the principles that should guide us all, back to their roots.

As always, links to the show are here: Roots Reggae Warrior, and many of the tracks are available to buy on vinyl in the Pauzeradio shop click here.

With the warmest wishes and hope for 2021, 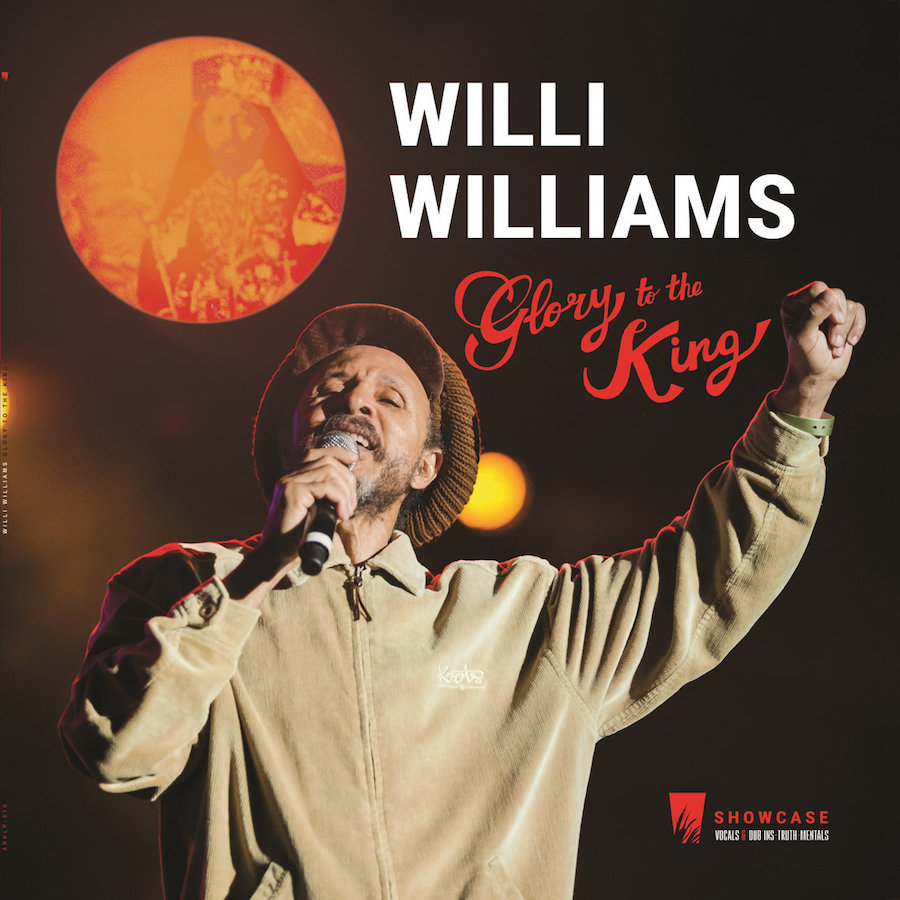 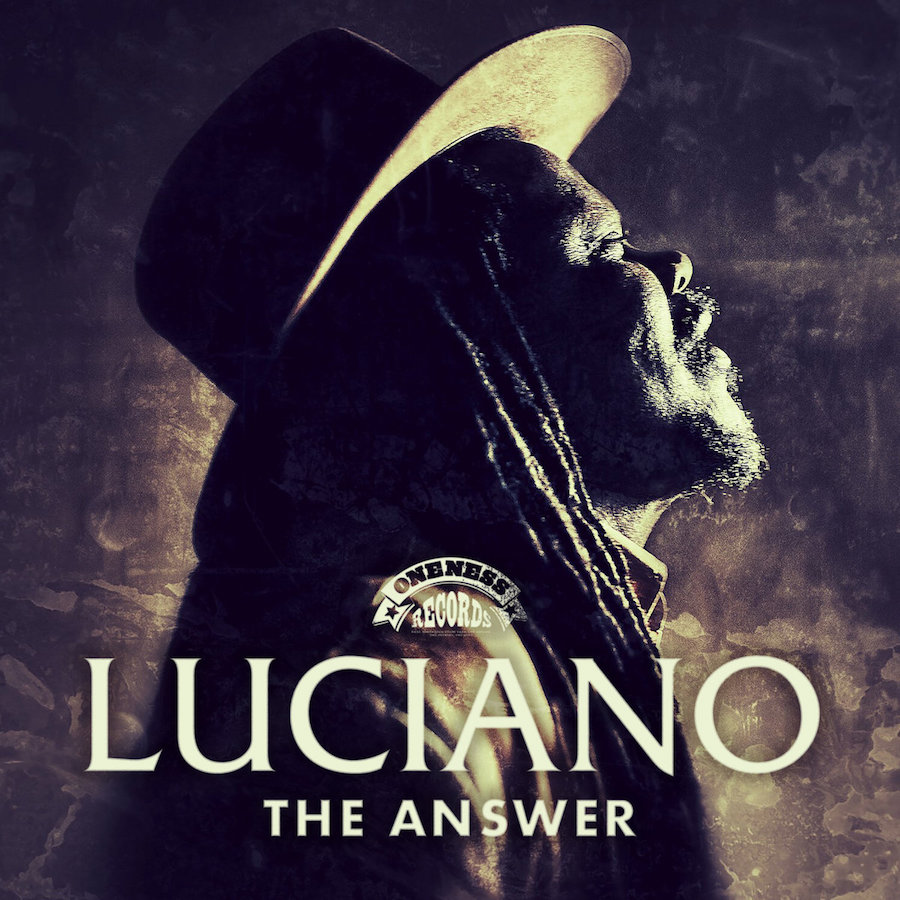