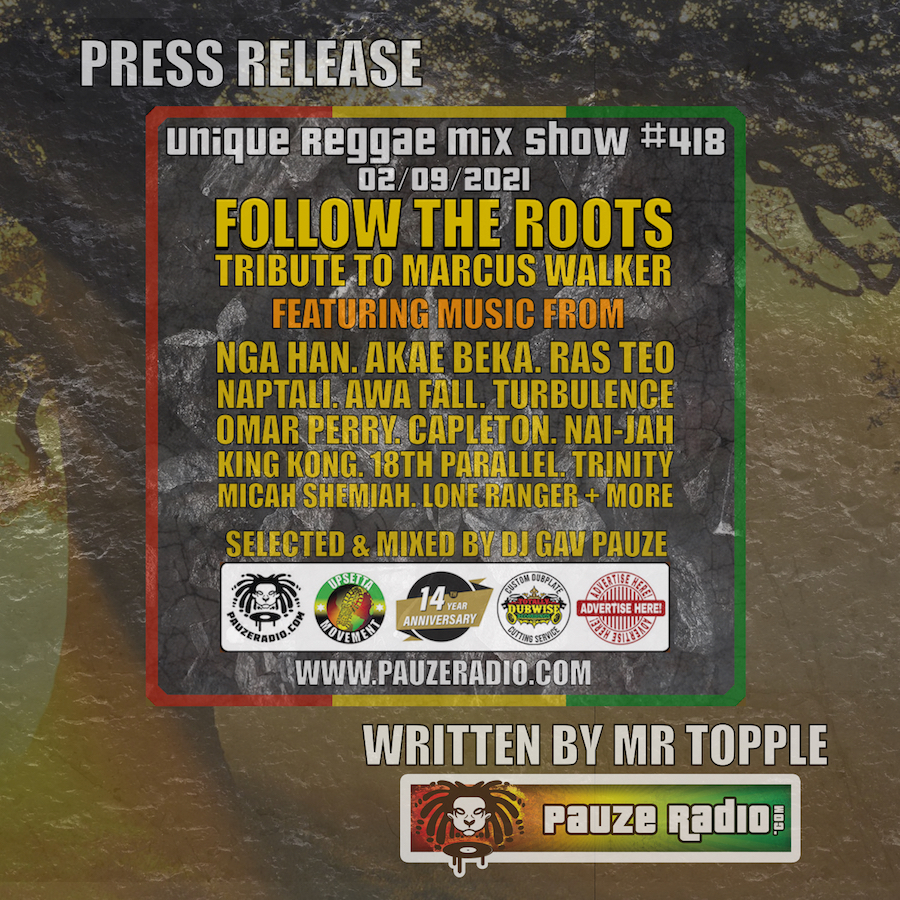 It’s not often DJ Pauze delivers a deeply personal message with his Unique Reggae Mix Show. But in this edition, he has – as the founder of Pauzeradio reflects on some sad and untimely news while delivering music that documents pain, struggle but ultimately brings with it a sense of livication and a message that will resonate with many.

DJ Pauze is humbled and proud to have compiled the latest edition of the Unique Reggae Mix Show around the notion of “Follow the Roots”. Recently, he learned that one of his oldest friends and mentors Marcus Walker. He helped guide DJ Pauze in the early stages of his journey. Walker got DJ Pauze away from gang culture in Nottingham, England, and was there for him through the early days of his major and life-changing head injury. Walker has been diagnosed with prostate cancer and has been given one year to live. So, this edition of the Unique Reggae Mix Show is livicated to him. And its title has a special meaning.

“I have tributed this show to one of my longest friends Marcus, as a sign of respect for the path he helped to guide I on with Roots music. When Unique FM offered a slot in their programming for me to do my own show in 2006, I sat down with Marcus to discuss the path and he said to me to ‘follow the roots’. I never forget those that help I along this journey and he is one of the keys that helped very early on and has been a huge inspiration, hence the dedication – as I believe we should tell those who have helped inspire and motivate us while they are still alive, otherwise how would they know?”

Part One opens with a Tek A Chance from Nga Han and The Co-operators; a deep-dive into haunting Roots which is reflective of the show as a whole. DJ Pauze then almost takes us on a semi-autobiographical journey: from Horace Andy’s Long Time Ago (from Kingston Express’s City Lock EP) to Earl 16 x Cheshire Cat’s Crime and Violence via Ranking Joe’s Bad Boy Stepping there’s almost a narrative around his early meeting with Walker. Part One then moves into songs of upliftment and realisation; closing with Arba Lijoch from Ras Teo.

Then, Part Two moves the narrative and musical theme forward. DJ Pauze deals with the subject of personal and spiritual growth and enlightenment; again, clearly semi-autobiographical in nature. He moves through tracks like Akae Beka’s Principles; various cuts from Riddim Wise Music and Sound including Asadenaki’s Be Humble; Lone Ark/Irregular Roots No Way is another strong track; and Ark’s Showcase Vol. 1 closes with two tracks from 18th Parallel – Get You and Build An Ark, encapsulating DJ Pauze’s overall message from Part Two perfectly.

Part Three sees the show take a more ominous turn, as DJ Pauze deals with how we interact with society and the system once we find inner peace and consciousness. There are stirring and thought-provoking tracks from Trinity x King Kong (Dread Inna Babylon); legendary Cedric Myton provides his haunting A New Race and Omar Perry’s Freedom is sure to stir emotion. There are several cuts from Yam and Banana’s recent release, the Righteousness Riddim as well as Awa Fall/Anaves Music’s Free Your Mind EP. But Part Three ends with a focus change, as Horseman closes with Live and Love.

Finally, Part Four has been constructed by DJ Pauze to provide messages of upliftment and hope in the face of tragedy and despair. Irie Ites Pree the Money Riddim provides thoughtful insights into the world and how we interact with it, as does the Roberto Sanchez-produced, Bomb Bass Hi-Fi-released, King Kong-performed Some People Say and its accompanying tracks. Berta Records’ Clear Thoughts Riddim and Young Heart Productions Time and Place Riddim are rousing and soul satisfying in equal measure. And DJ Pauze concludes Part Four, and the show, with Nai-Jah’s Let Go of Fear, its Dub and Million Stylez How Would It Be across the Princess Riddim: moving and fitting livications to Walker.

As always, links to the show are here: Follow The Roots Stream

Many of the tracks are available to buy on vinyl in the Pauzeradio shop.

With unconditional solidarity, and in livication to all those who have lost, 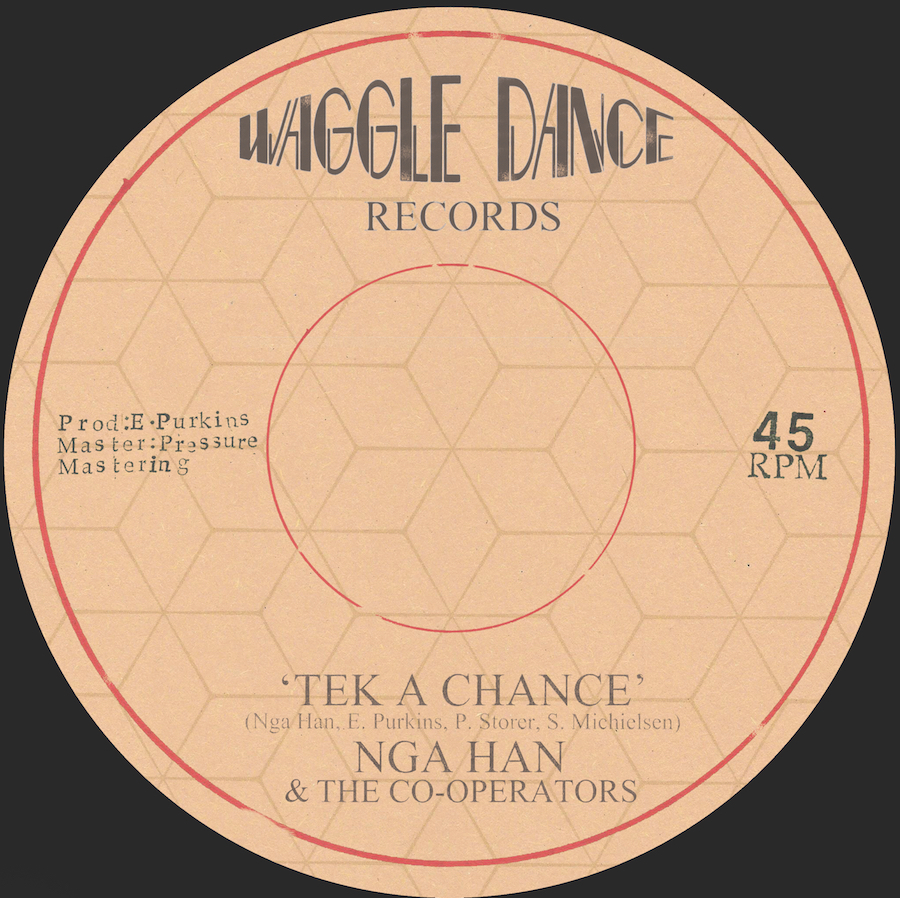 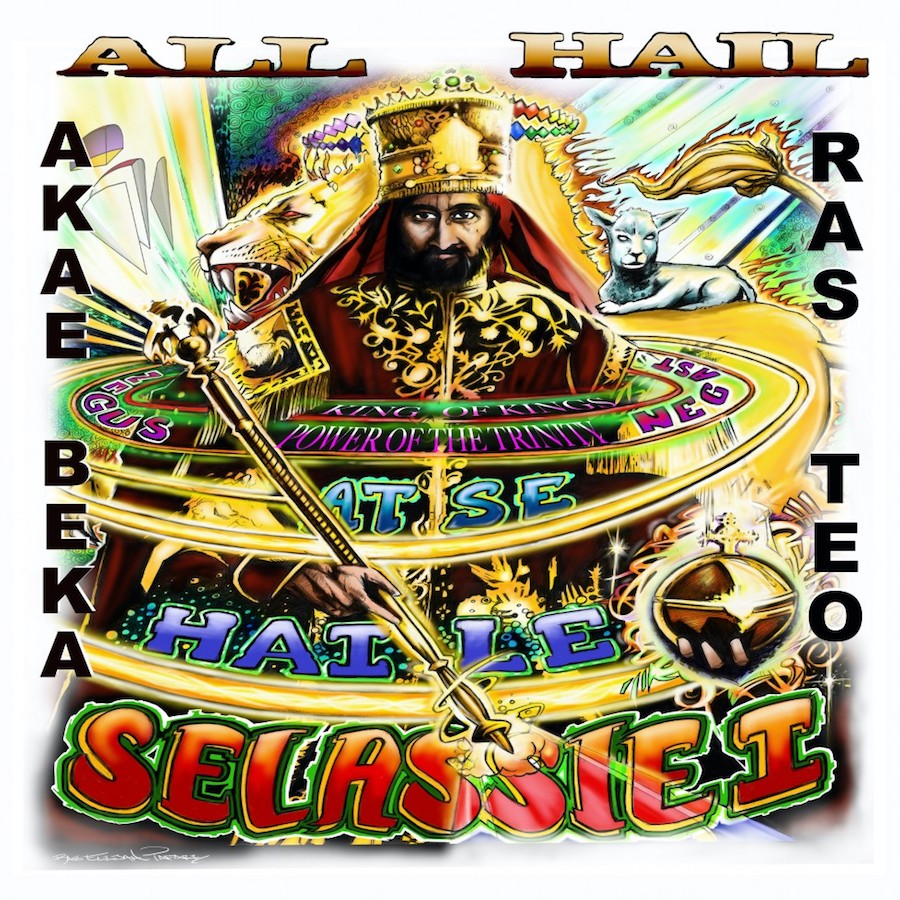