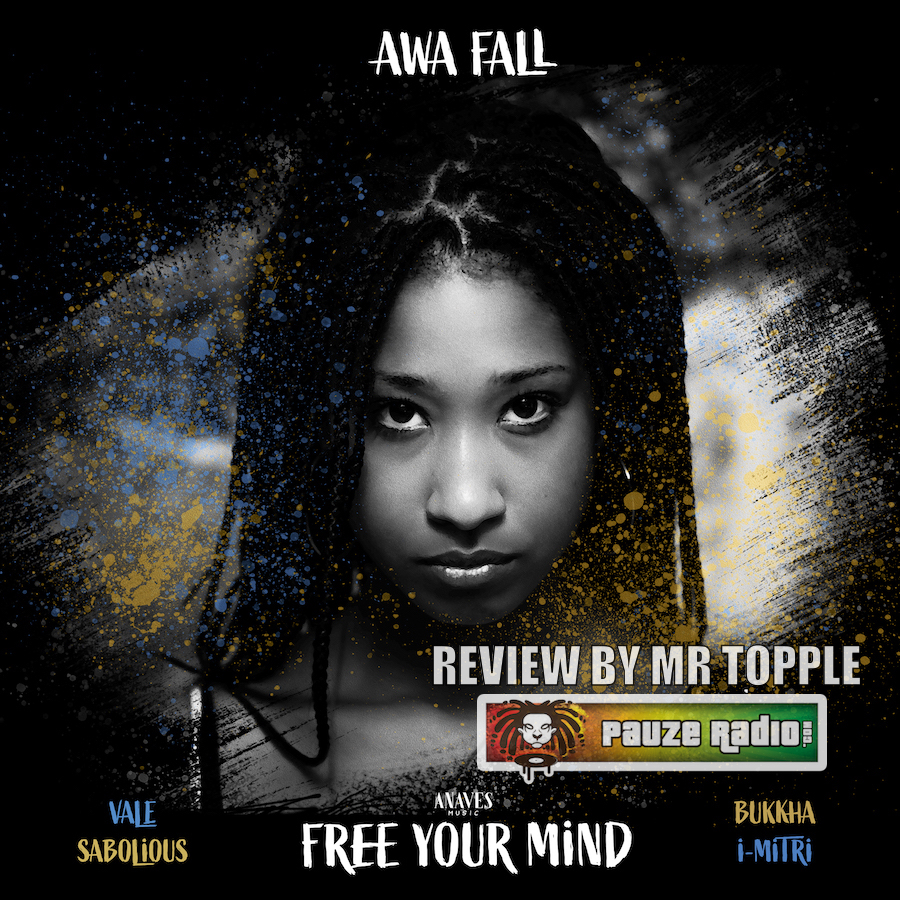 Anaves Music is one of the more exciting labels to have emerged in recent years. And its forthcoming release showcases the outfits diverse talents perfectly.

Free Your Mind is set to be released  digitally on 10 September by Anaves Music. The project will be pressed to vinyl in November 2021 and delivered in January 2022 if the goal of 100 vinyl orders can be reached within the stated time, available to pre-order here (so get in quick as this campaign will run to mid October 2021).

The four-track EP, with its lead song from Italian-Senegalese singer Awa Fall, is produced by Sebastian “Sabolious” Schwager (founder of Anaves) and Valentin “Vale” Schwarzbeck. Based on Schwager’s previous releases like the No to Racism EP, the quality is of course top-notch. Mastering comes from Alpha Steppa, who has delivered a fine end-product. The sound is very cleverly done: bass-heavy but with breathing room for the other instrumentation and vocals – with an emphasis also placed on that Electro feel of earlier incarnations of the genres featured. Across the four cuts, horns are provided by Schwager and Schwarzbeck, while percussion comes from UK-based Dimitris “I-Mitri Counteraction” Moraitis.

Overall, Free Your Mind is a highly attractive project that showcases Fall, Anaves and the other artists extremely well.

It opens with the title track, which serves as the EP’s core riddim – composed by Schwager. It’s a richly arranged affair, honing-in on a dominant Roots/Steppers style throughout. Various musical devices are included. Not least among these are the more overly Roots-led ones. Keys run a moderately staccato bubble rhythm, focusing on the lower end of the treble clef. They’re incessant, barely deviating from their offbeat path. This relentlessness coupled with the lower pitch creates a brooding feeling. Schwager/Schwarzbeck’s horns are also heavily Roots-influenced. They work around punchy response patterns to Fall’s main vocal calls – or run fairly detailed and smoother countermelodies. Schwager’s signature sax is particularly pleasing; more on that later. A guitar does a double-time skank just out of earshot throughout much of the track, too.

But Free Your Mind then brings in elements of Steppers. The most obvious of these is the main drum arrangement. Unlike Roots with its one drop (where the drums leave the first beat of the bar free, focusing more on the two and four), here Schwager has stayed somewhat true to Steppers – but still with variation. The kick majorly focuses on running quavers (as opposed to a more traditional Steppers’ four-to-the-floor) with some syncopation towards the end of each bar. This cleverly gives the feel of the track being double the BPM at points (like it is four-to-the-floor) when in fact, it’s not. Hi-hats run some frantic dotted rhythms, while the snare fixes on the two and four but again with additional syncopation and variation between an on-skin and rim-clicked technique. Meanwhile, the bass is more Steppers too. It avoids the trappings of Roots: no drop-beat or one drop arrangement in sight, instead running both quavers and their dotted cousins, mainly across arpeggio (broken) chords, but with the occasional inflections of something more melodic.

Moraitis’s additional percussion brings with it pleasing intricacy. He provides excellent work on pattering bongos/djembe and a vibraslap has been engineered to make it feel otherworldly. Moreover, there’s some effective use of synths and samples across the track, too – bringing in some inflections of Dub. Then, Fall delivers her vocal performance to finish this detailed musical tapestry off. She’s a fascinating vocalist. Her depth of timbre is that of a rich alto at times – but with the final sound emerging from her mouth with a more horizontal embouchure. Her range is impressive – being able to swoop down into an upper alto range but also lifting up into a middle-high soprano. She has good vocal control – maintaining note length with ease, and then flipping into staccato phrasing too. The contrast between her head and chest voice is pointed and well-controlled. Fall’s vibrato is pleasing, too, as she uses it when needed, not all the time. Across Awa Fall Free Your Mind, she gives a performance that’s full of dynamic light and shade – making good use of crescendo and decrescendo to accentuate the lyrical phrasing. It flips between a singjay, during which she takes a basic rhythmic stanza and embellishes it across a fairly complex melodic line, and a straight vocal on the choruses and bridges. Then, her lyrics are well-constructed and inspired as well. Fall provides a veritable sermon on the trappings of living under Babylon’s system around the world and how we have to break free of that mental slavery. She muses on the state of society – but how we have to ‘make it burn’ and ‘crumble like a cookie’ because Babylon and its proponents want to ‘take everything we earn’ even when we try to ‘reach for our goals’. It’s stirring work – and overall, Free Your Mind is extremely strong from all involved.

The EP then has three further interpretations on Free Your Mind’s basic structure. First, Schwager and Schwarzbeck bring us Free Your Horns – doing what it says on the tin. Here, the track has been stripped back to some more Dub basics with regards to the engineering at first – before the main instrumental lines of the drums, bass and keys enter. Across the cut, the arrangement has been mixed up to continue this sparse, Dub-led theme. Then, the pair’s horns take centre stage. They’ve been wonderfully arranged to feel like a vocal duet. Effortlessly gliding across what is at first a smooth harmonic melody, the sax and trumpet then break out into running separate lines which call and respond to each other. Both performers are at the top of their games – with keen attention to detail across techniques like vibrato, flutter tonguing and also precise runs and riffs. It’s a superb offering and showcases the skills of both Schwager and Schwarzbeck excellently.

Next, Free Your Mind is transformed into a Dub courtesy of Schwarzbeck. It builds on the brooding vibe of the original cut, expanding this via complex engineering and arrangement – plus Fall’s vocal returns in part. There’s glorious use of reverb, decay and compression at points – intricately done with, for example, the keys – where Schwarzbeck has at times applied just a drizzle of rhythmic reverb and decay to make them fade into the ether. He also does a brief vocal riff, too – which he then engineers to turn into a particularly fascinating sequence. But what works so well with this Dub is that the basics of the track haven’t been lost either: you still feel that rich, resonant bass and the horns maintain their part. It’s an intuitive and inspired reworking from Schwarzbeck.

Finally, the EP closes with Free Your Soul – here produced by US-born, Spain-based Bukkha. It’s a completely different Dub when compared to Schwarzbeck’s reimagining. He has, in many respects, stripped the instrumentation back further – at points leaving a heavily distorted bass as the key factor or just Fall’s vocal. Dub engineering features a plenty, including some quite brilliant use of reverb that’s precisely timed into the beat. But Bukkha has honed in on the melodic elements of the original. Across Free Your Soul, he has cleverly use near-blue notes: check Fall’s vocal snippet of a repeated “say it” which is based around the seventh of the diatonic scale – placed and juxtaposed on top of the instrumental line working around the root chord. He also takes parts of the horns’ lines and places them at different points – created new harmonies. The name ‘Free Your Soul’ is apt – because Bukkha has brilliantly taken melodic soul of the original and expanded on it, accordingly. Excellent work.

Overall, Awa Fall Free Your Mind is quite superb from Anaves and all involved. Musically the original is detailed and interesting; Fall gives a stellar performance; the three reimaginings are exceptionally well crafted in their own rights – and it’s yet another resounding success from Schwager and the team. A must-have for anyone’s vinyl collection.

The project will be pressed to vinyl in November 2021 and delivered in January 2022 if the goal of 100 vinyl orders can be reached within the stated time, available to pre-order here (so get in quick as this campaign will run to mid October 2021). 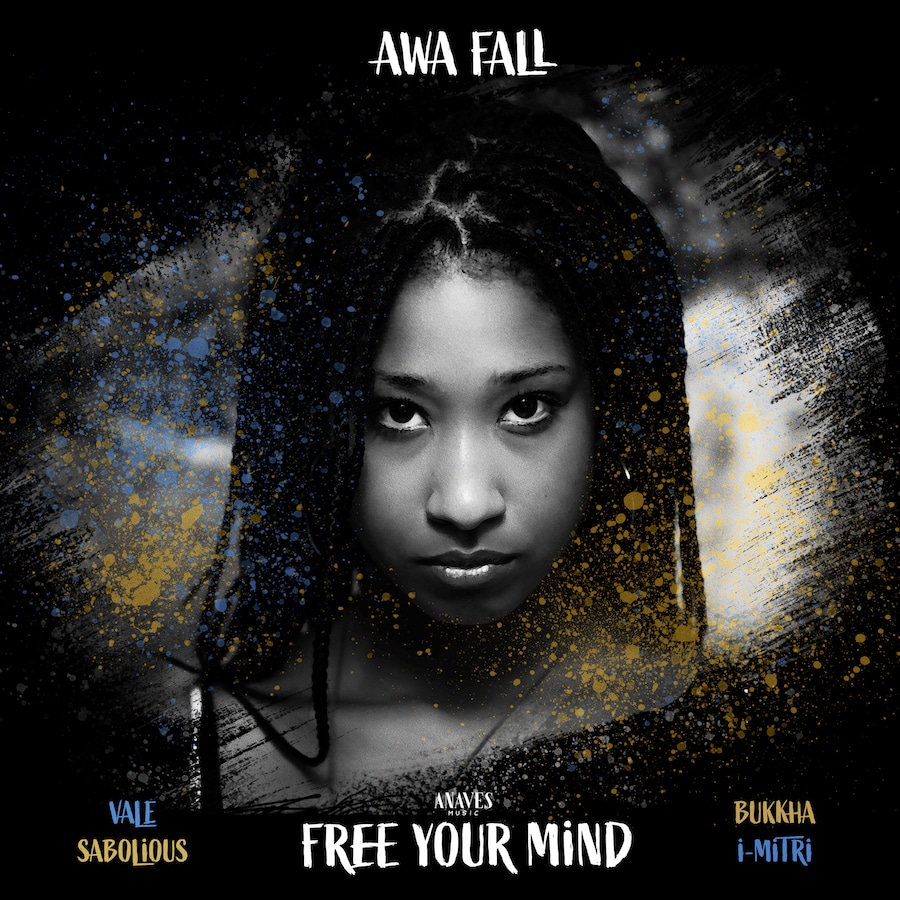