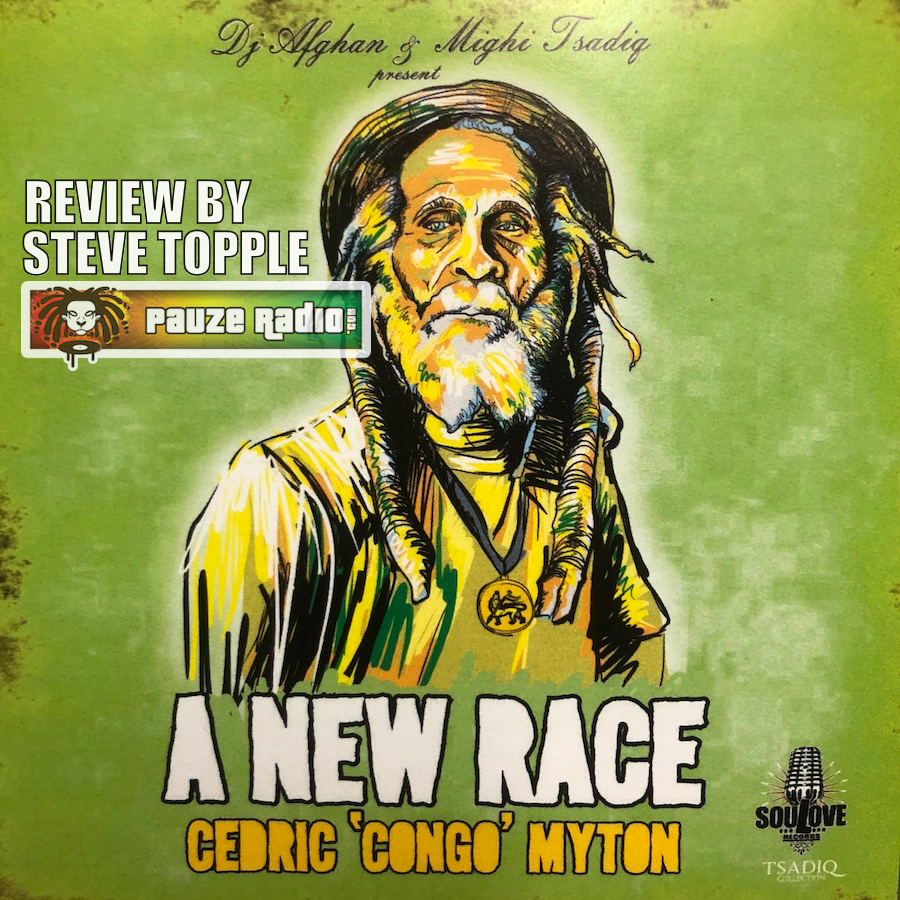 It’s an attractive proposition when a new Roots track, steeped in the genre’s traditions but also embracing some twists, comes along. And the legendary Cedric Myton has delivered just that with his latest single.

A New Race, released via Soulove Records, is a deep foray into traditional Roots territory. The production from DJ Afghan & High Tsadiq is what you’d expect from the Soulove camp: authentic, intricate and top-class. And musically, it’s a storming Roots composition of epic proportions, with some unexpected intricacies thrown in for very good measure.

The track opens with a rousing, multi-instrumental intro: the keys on a strung-out, then choppy, chord sequence; a synth organ playing stretched-out breves and the bass on a syncopated riff. The inclusion of a slide whistle is a novel move. But straight from the off the drums are interesting. Their opening sequence is a frantic, semiquaver driven attack, which sets an interesting marker. Because when the track begins proper, they fail to go where you’d usually expect them to with a Roots track.

While the bass keeps a Rocksteady, persistent riff and the keys maintain a bubble rhythm, the drums are off the hook. The deviation from a traditional Roots one drop is clear. They focus around a semiquaver rhythm again, which lands between the second and third beats. The fourth is then invariably embellished, while a kick (due to the exquisite engineering) is audibly all but absent. This rapid-fire sound makes A New Race more urgent and driving than a traditional Roots track.

The accented fourth is added to by keys at times, then during the bridges these are further embellished. An electric guitar joins in proceedings at this point, with whining, funky riffs – which then extend into a solo. Meanwhile, the backing vocal arrangement is also of note. It draws of the most traditional elements of Roots; you could even say Mento. The layered arrangement focuses on chant-like vowels, then replicating the main melody but across octaves. It’s extremely authentic, not descending into Gospel/Soul territory like more modern cuts do.

The whole package, while extensively Roots, is by no means straightforward. And the complexity of the arrangement echoes Myton’s own vocal.

He’s lost none of his expressive power which makes him one of the more recognisable voices of the Roots movement. Myton makes excellent use of dynamics, with pointedly placed crescendo and diminuendo to accent the lyrics. He has a wicked way of flipping up and then exaggerating his embouchure, turning ‘ohs’ into ‘ows’ and the like. And his intonation is perfect, as is his enunciation. Moreover, he still has the ability to move between a full range tenor and up into a falsetto – as demonstrated by him covering two octaves at one point. Myton easily puts some contemporary artist’s vocals to shame.

And just for an added treat, side B has a Dub version which (without giving too much away) is as delectable as the original.

Cedric Myton A New Race is a piece of musical perfection. Musically well-constructed, the arrangement is impressive. But of course, it’s Myton who shines – showing he’s lost none of his truly remarkable ability. Impressive stuff. 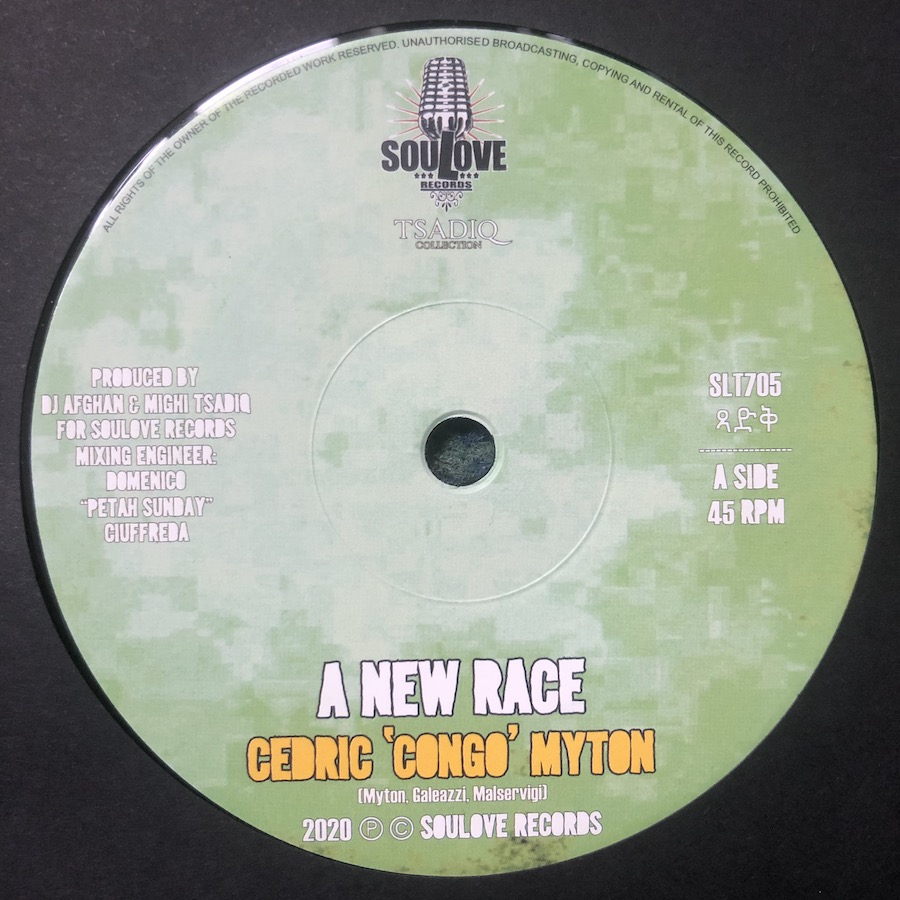