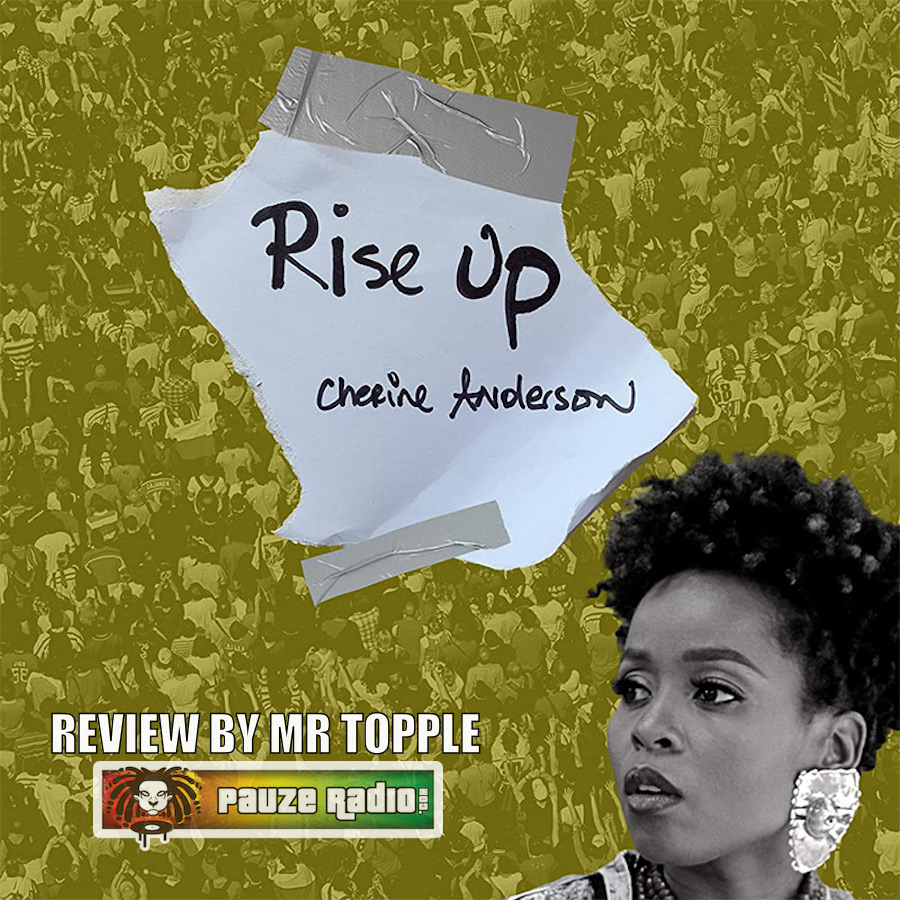 It’s always worth revisiting something powerful, especially when the timing is pertinent. With that in mind, songstress Cherine Anderson has re-released a track from 2016. And it is, of course, perfect.

Rise Up, released via 20 Six Music Group, sees Anderson take on the Andra Day standard, which she originally covered in 2016. But Anderson being Anderson means that instead of a straight interpretation of Day’s track – she’s reworked it, and then reworked it again. The end result is something quite magical.

Day’s original was undoubtedly a powerful and stirring piece of work, which was an RnB ballad in its formation; focusing mainly on a piano accompaniment, then with a building arrangement with strings and backing vocals. But Anderson’s reimagining contrasts this extremely well, bringing in fresh elements while nodding to the original too.

Cherine Anderson Rise Up takes on an almost traditional Afrobeats-meets-Nyabinghi form in terms of parts of the arrangement. The drums are central to this, being intricately scored with a multitude of instruments used. Djembe played in the centre of the skin run a broken clave, carrying a ‘oneeeeee-(two)-and-(three)-four’ rhythm which is the track’s driving force. The drumming technique gives them the depth of sound like a kick. Another skin drum at times then strikes the second beat. The use of snaps is interesting: they hit the fourth beat of every second bar; at points with rhythmic reverb that extends into the next with added decay to make them flutter off into the ether. This engineering motif is at times repeated by tin drums, too – adding an additional and haunting phrase to proceedings.

A synth balafon drives home the African feel even more, as it runs triplet-led melodic phrases which use the tonic of the root chord in play. Strings are delicately used, accenting the start of each bar on the chorus. But Anderson nods to Day’s original version too, with the inclusion of a rapidly riffing and high-passed then dampened piano line that enters on the bridge.

There’s also a deliciously clever musical break at the start of the second verse. The instrumentation is stripped away to just the drums, leaving Anderson’s voice as the only melodic indicator. This serves as a stark, thoughtful contrast to the rest of the arrangement and works well. And when the piano comes in it also signals a shift in the melodic arrangement, with the additional introduction of a brief, minor chord which moves Rise Up into the singjay section. The backing vocals are cleverly done – unfussy yet with enough detail to support the main vocal, but not overpowering it. And as for Anderson’s vocal? Absolutely sublime.

It’s no mean feat tackling an Andra Day song, but here Anderson pulls it off with ease. She moves away from Day’s Jazz-inspired, punctuated delivery into something smoother and more delicately nuanced, almost angelic at times before going full-on Soul. Her performance juxtaposes with the busier musical arrangement well. Anderson covers the original melodic range without dropping a note; employs expressive use of vibrato and brings sufficient dynamic light and shade to her interpretation, too. But just to finish off this highly impressive reimagining, she drops two rhythmically detailed and at times frantic singjay sections in for good measure – showcasing her versatility as an artist very well.

Anderson has done an impressive job with this version of Rise Up. Musically far away from Day’s original, there’s still some nicely-arranged glimmers of resemblance. She is vocally a powerhouse across it, and overall Rise Up in an Anderson style gives a lovely twist to what was, and still is, a classic. Exceptionally done.