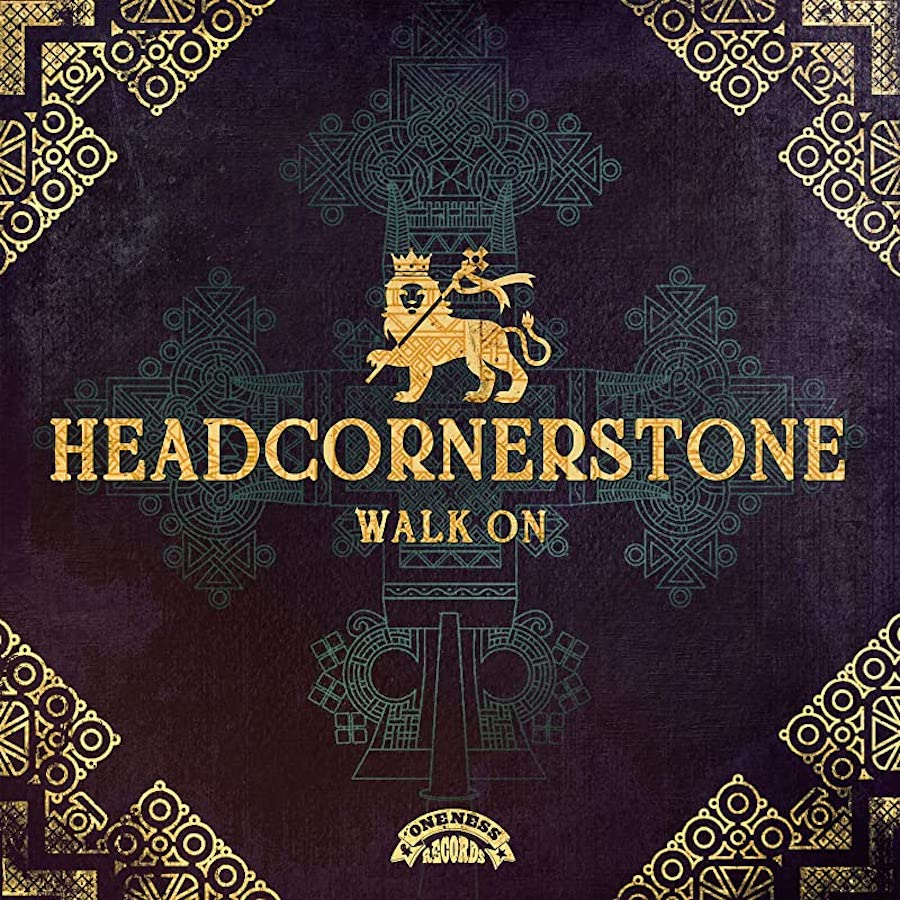 Press Release: Roots veterans Headcornerstone end a 10-year hiatus to resume their ‘walk on’ with a brand-new album; out on 21 May 2021 by Mr Topple / Pauzeradio PR Services.

A 10 year break may seem a long time in the music industry. But for legendary German Roots Reggae group Headcornerstone it feels like they never left. Because the release of their long-anticipated third album not only sees the band return to form, but also return to much of the original line-up which spawned critical acclaim originally.

Walk On is being released on 21 May by Oneness Records, with a vinyl edition to follow later in the year. The 12-track album sees Headcornerstone return to their own preverbial ‘roots’. Because some of the Oneness team were themselves members of the group. So, the project is a labour of love for both the label and the band. Across the three years it took to complete, Headcornerstone have pieced together an expansive and compelling project which brings their classic sound fully up-to-date.

“Walk On is musically an intricately constructed and gorgeous project – filled with all the minute attention to detail you would expect from them and Oneness. The quality and synergy of the project is such that it feels almost like a live album; lyrically its enthralling and Walk On will surely cement Headcornerstone’s status as one of the strongest outfits in Roots. Stirring work” – Mr Topple for Pauzeradio

Headcornerstone have also delivered a lyrically potent narrative across Walk On. Starvation takes a moving and poignant look at how the track’s title and poverty are entrenched in society. Why deals with how the system treats children like casualties in “economical warfare”. And Love in Abundance discusses how love needs to spread across society like the “waters that cover the sea” and a “stream that overflows”. Overall, Walk On delivers a powerful narrative for our time; one that will resonate with many.
Producer and mixing engineer aDUBta is the band’s second generaEon drummer. He commented that the band hope listeners of Walk On will:

“take away the good vibes we had during the recordings. We just tried to catch the vibe/moment and we hope that people can hear and feel our deep passion for Roots Reggae music. For me, it‘s a very special production. I was a huge Headcornerstone fan back in 03-05, when they released their first two albums. The group had a deep influence on my music and my love for Roots Reggae. And now, more than 15 years later I produced the third album; played the drums and almost all organs and keys; created the artwork and worked together with my musical heroes from my own beginnings. So, I hope people take away the love and passion we all have for handmade Roots Reggae music”.

Walk On promises to be Headcornerstone’s seminal body of work; moving the band further forward on their decades-long voyage of musical ingenuity.

Headcornerstone biography:
The band formed in the 1990s, releasing their first eponymous album via the Echo Beach label in 2003. In 2005, the band released their second album, Stand Strong. After a brief split, in 2010, Headcornerstone reunited for some live shows, although the line-up was different. Singer Conscious Fiyah continued to play Sound System shows, and appeared on a few projects as a guest. Bass player Moritz von Korff moved on to play with Jahcoustix and later Dub Inc. and also founded Oneness Records in 2007. In 2018 Fiyah approached Oneness Records with a few Demos recorded with drummer and producer aDUBta. It was then they decided to do a full-length album together. They began to reunite the old members – and eventually, Walk On was born.