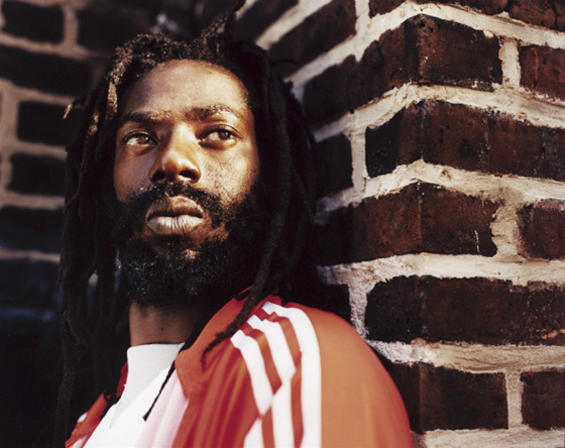 Buju Banton was born near Kingston, Jamaica in a poor neighbourhood called Salt Lane. “Buju” is a nickname given to chubby children which means breadfruit. The name is ironic in light of Mark Myrie’s slim frame, but it is, nevertheless, the nickname his mother gave him as a child. “Banton” is a Jamaican word referring to someone who is a respected storyteller, and it was adopted by Myrie in tribute to the deejay Burro Banton whom Buju admired as a child. It was Burro’s rough gravelly vocals that Buju emulated and ultimately made his own. Buju’s mother was a higgler, or street vendor, while his father worked as a labourer at a tile factory. He was the youngest of fifteen children born into a family which was directly descended from the Maroons, a group of formerly enslaved Africans who became freedom fighters, fighting the British for centuries and obtaining a treaty with the British, giving them semi-autonomy in Jamaica.

Early career
As a youngster, Buju would often watch his favourite artists perform at outdoor shows and local dancehall’s in Denham Town. At the age of 12 he picked up the microphone for himself and began toasting under the moniker of “Gargamel”, working with the Sweet Love and Rambo Mango sound systems. In 1986, he was introduced to producer Robert French by fellow deejay Clement Irie, and his first single, “The Ruler” was released not long afterwards in 1987.This led to recording sessions with producers such as Patrick Roberts, Bunny Lee, Winston Riley, and Digital B, and in 1988, aged 15, he first recorded the controversial song, “Boom Bye Bye”, which contained homophobic lyrics. The song was written in response to a widely reported man/boy rape case in Jamaica.

1990s
In 1991, Buju joined Donovan Germain’s Penthouse Records label and began a fruitful partnership with producer Dave Kelly who later launched his own Madhouse Records label. Buju is one of the most popular musicians in Jamaican history, having major chart success in 1992, with “Bogle” and “Love me Browning”, both massive hits in Jamaica. Controversy erupted over “Love Me Browning” which spoke of Banton’s penchant for light-skinned women: “I love my car I love my house I love my money and ting, but most of all I love my browning.” Some accused Banton of promoting a colonialist mindset and denigrating the beauty of dark skinned black women. In response, he released “Love Black Woman” which spoke of his love for dark-skinned beauties: “Mi nuh Stop cry, fi all black women, respect all the girls dem with dark complexion”. 1992 was an explosive year for Buju as he broke Bob Marley’s record for the greatest number of number one singles in a year. Beginning with “Woman fi Sex”, Buju’s gruff voice dominated the Jamaican airwaves for the duration of the year. Banton’s debut album, Mr. Mention, includes his greatest hits from that year. 1992 saw the unsanctioned re-release of “Boom Bye Bye”, which almost destroyed his career. The song was the subject of outrage in the United States and Europe, leading to Banton being dropped from the line-up of the WOMAD festival that year. Banton subsequently issued a public apology.

Now on the major Mercury label, Banton released the hard-hitting Voice of Jamaica in 1993. The album included a number of conscious tracks. These tracks included “Deportees” a song which criticised those Jamaicans who went abroad but never sent money home, a remix of Little Roy’s “Tribal War”, a sharp condemnation of political violence, and “Willy, Don’t Be Silly” which promoted safe sex and the use of contraceptives, particularly the condom, profits from which were donated to a charity supporting children with AIDS.He was invited to meet Jamaican Prime Minister P. J. Patterson, and won several awards that year at the Caribbean Music Awards, the Canadian Music Awards, and the Topeka ceremony.

Banton’s lyrics often dealt with violence, which he explained as reflecting the images that young Jamaicans were presented with by the news media, but the reality of Kingston’s violence was brought home in 1993 by the murders in separate incidents of two of his friends and fellow recording artists, the deejays Pan Head and Dirtsman. His response was the single “Murderer”, which condemned gun violence, going against the flow of the prevailing lyrical content in dancehall. The song inspired several clubs to stop playing songs with excessively violent subject matter. Late in 1994, Buju was also affected by the death of his friend Garnett Silk. Buju’s transformation continued, embracing the Rastafari movement and growing dreadlocks. He joined “conscious” deejay Tony Rebel, Papa San, and General Degree in the Yardcore Collective. His performances and musical releases took on a more spiritual tone. Banton toured Europe and Japan, playing sold out shows, and performed before 20,000 in Trinidad and Tobago.

‘Til Shiloh (1995) was a very influential album, using a studio band instead of synthesised music, and marking a slight shift away from dancehall towards roots reggae for Banton. Buju claimed to have sighted Rastafari and his new album reflected these beliefs. Til Shiloh successfully blended conscious lyrics with a hard-hitting dancehall vibe. The album included earlier singles such as “Murderer”, and “Untold Stories”. “Untold Stories” revealed an entirely different Buju Banton from the one that had stormed to dancehall stardom. It is regarded by many as some of his best work, and is a staple in the Banton performance repertoire. Reminiscent in mood and delivery to “Redemption Song” by Bob Marley, “Untold Stories” won Buju Banton many favourable comparisons to the late singer. This album had a large impact on dancehall music and proved that dancehall audiences had not forgotten the message that Roots Reggae expounded with the use of “conscious” lyrics”. Dancehall music did not move away from slack and violent lyrics, but the album did pave the way for a greater spirituality within the music. In the wake of Buju’s transformation to Rastafari, many artists, such as Capleton, converted to the faith and started to denounce violence.

Inna Heights (1997) substantially increased Banton’s international audience as Buju explored his singing ability and recorded a number of roots-tinged tracks, including the hugely popular “Destiny” and “Hills and Valleys”. The album also included collaborations with artists such as Beres Hammond and the legendary Toots Hibbert. The album was well-received but had distribution problems. Also, some fans were disappointed, having hoped for another ground-breaking album like “Til Shiloh.” Still, Buju’s experimentation and soaring vocals impressed many fans and this album remains a highly regarded work.

2000s
Subsequently, Buju signed with Anti- Records, a subsidiary of Brett Gurewitz’s Epitaph records, and released Unchained Spirit in 2000. The album showcases the most diverse aspects of Buju Banton, and featured guest appearances by Luciano, Morgan Heritage, Stephen Marley, and Rancid. It carried little of the roots feel heard on Til Shiloh and also virtually none of the hardcore driving sound that had brought him to public acclaim early in his career. It was a departure that many fans felt uncomfortable with. By now, however, he had been enshrined in the minds of reggae lovers as one of the most notable artists of his time, and seemed to have earned the right to some artistic freedom.

Several singles followed in the start of the new decade, mostly without the trademark spitfire delivery typical of dancehall, but displaying Banton’s talent for a mellower more introspective approach. In March 2003 he released Friends for Life, which featured more sharply political songs, including “Mr. Nine”, an anti-gun song that further verified his status as one of reggae’s most socially aware artists. The album has a strong political message for the African diaspora and features excerpts from a speech made by Marcus Garvey. Paid Not Played is included and shows his gradual return to the themes more popular in dancehall. The album also featured some hip hop influence with the inclusion of Fat Joe.

2006 saw the release of the critically acclaimed “Too Bad”, his first dancehall orientated album in over a decade. Voicing riddims produced by many of Jamaica’s top producers Buju showed he still had what it took to be at the top of the dancehall game. One of the slower tracks from the album, “Driver A”, was a massive hit and revived Sly & Robbie’s ever-popular “Taxi” riddim.

He performed at the Cricket World Cup 2007 Opening Ceremony with Third World and Beres Hammond.

In 2008 he did a Soca collaboration Winning Season (remix) with Machel Montano of Trinidad and Tobago on Machel’s album Flame on. On April 21, 2009, Buju released his current album Rasta Got Soul. He has received a Grammy nomination in the Best Reggae Album category, for his critically acclaimed Roots Reggae opus, Rasta Got Soul. Produced by Banton, with contributions from longtime collaborators Donovan Germain, Stephen Marsden and Wyclef Jean.

Rasta Got Soul was recorded over a seven year period and finally released on April 21, 2009, the 43rd anniversary of Emperor Haile Selassie’s historic visit to Jamaica in 1966. Since its release, the album has received rave reviews from an array of international media outlets including Billboard, Exclaim!, Hip-Hop Weekly and All Music Guide, who called the album an “instant classic.” Project highlights include “Magic City,” “I Rise,” “A Little Bit Of Sorry,” “Rastafari,” “Sense Of Purpose” featuring Bunny Rugs of Third World and “Bedtime Story” featuring Wyclef. A documentary-style video for the new single”Optimistic Soul” will be released next month. This prestigious Grammy nod for Rasta Got Soul is the artist’s official fourth. Banton was previously acknowledged by the Recording Academy for his albums Too Bad (2007) Friends for Life (2004) and Inna Heights (1999). 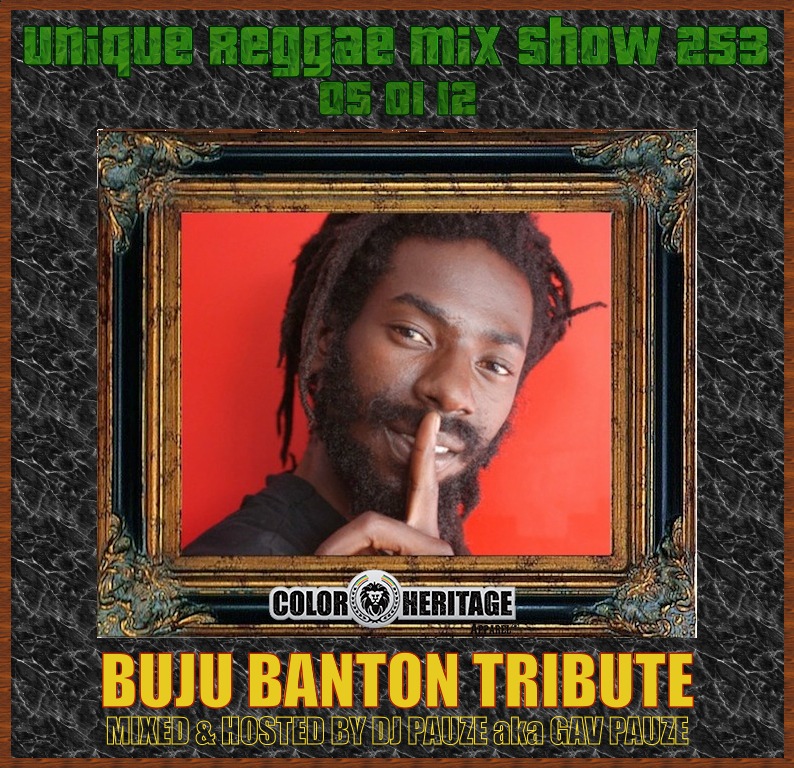