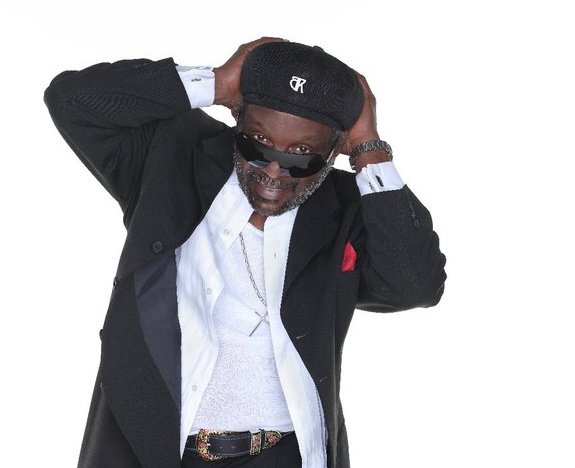 On the 15th December 2012 Bunny Rugs, lead singer of The Third World Band, visited the Pauzeradio studio. One of the reasons for the visit was to drop off a copy of Bunny Rugs’s latest CD album “Time” for Gav Pauze to review and feature in the Unique Reggae Mix Show. Whilst at the studio Rugs also laid down some exclusive dubplates with Gav Pauze at the controls. What an amazing experience not only meeting the veteran artist but also hearing him sing. This is definitely one artist that you need to hear. Checkout his latest album, you can purchase the CD album by clicking the link at the bottom of this page.

Bunny Rugs Biography
William “Bunny Rugs” Clarke (born 6 February 1948- 2 February 2014), also known as Bunny Scott, was the lead singer of Jamaican reggae band Third World as well as recording as a solo artist. He began his career in the mid-1960s and has also been a member of Inner Circle and the duo Bunny & Ricky.

 Born in Mandeville and raised on John’s Lane in Kingston, Clarke’s father was an Anglican preacher. He joined Charlie Hackett and the Souvenirs, the resident band at the Kitty Club on Maxfield Avenue, in the mid-1960s before leading the early lineup of Inner Circle in 1969. A spell living in New York City followed from 1971 where he was a member of the dance band Hugh Hendricks and the Buccaneers, and later the Bluegrass Experience with Glen Adams, Eric Frater, and Sparrow Martin.
 
He returned to Jamaica in 1974 and recorded with Lee “Scratch” Perry at the Black Ark, initially as a backing singer, then with Leslie Kong’s nephew Ricky Grant as the duo Bunny & Ricky, releasing singles such as “Freedom Fighter” and “Bushweed Corntrash”, and also recording the solo album To Love Somebody (1975, credited as Bunny Scott). He was also a member of The Wild Bunch before returning to New York and taking over as lead singer of Third World from Milton “Prilly” Hamilton in 1976. With Third World he recorded the successful 96° in the Shade album, and he has been with the band ever since.[2] He returned to the Black Ark in 1977, contributing backing vocals (with Earl 16) to Yabby You’s “Chant Down Babylon Kingdom”.

As well as performing and recording with Third World, he continued to record as a solo artist, releasing the Jack Scorpio-produced Talking to You album in 1995, with guest contributions from Papa San, Cobra, and General Trees. His planned 2008 album Thinking Bout You was due to be released on 6 February, to coincide with Bob Marley Day celebrations, the date also being Clarke’s birthday. He contributed to the Easy Star’s Lonely Hearts Dub Band album in 2009, contributing a version of “Lovely Rita” recorded with U-Roy.

In 2012 he released the single “Land We Love”, with profits going to the charities the Jamaican Children’s Heart Fund (the charity for which he is a spokesman) and Chain of Hope. The single is taken from the album Time, released in September 2012. Later that year he received a Caribbean American Heritage Award for Outstanding Contribution to Reggae. Clarke explained that his ‘Bunny Rugs’ nickname comes from his grandmother calling him ‘Bunny’ as a child because he would “jump around the house like a rabbit” and from a member of the Third World road crew calling him ‘Rugs’ because of his liking for sleeping on the floor. 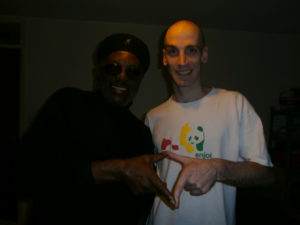 Third World announced it thus: “It is with great sorrow that we announce the passing of the great Bunny Rugs of Third World. He has been suffering from an undisclosed illness, and succumbed today, February 2nd, just 4 days from his Earth Day. Rest in Peace, brother, you will live forever in our hearts…”