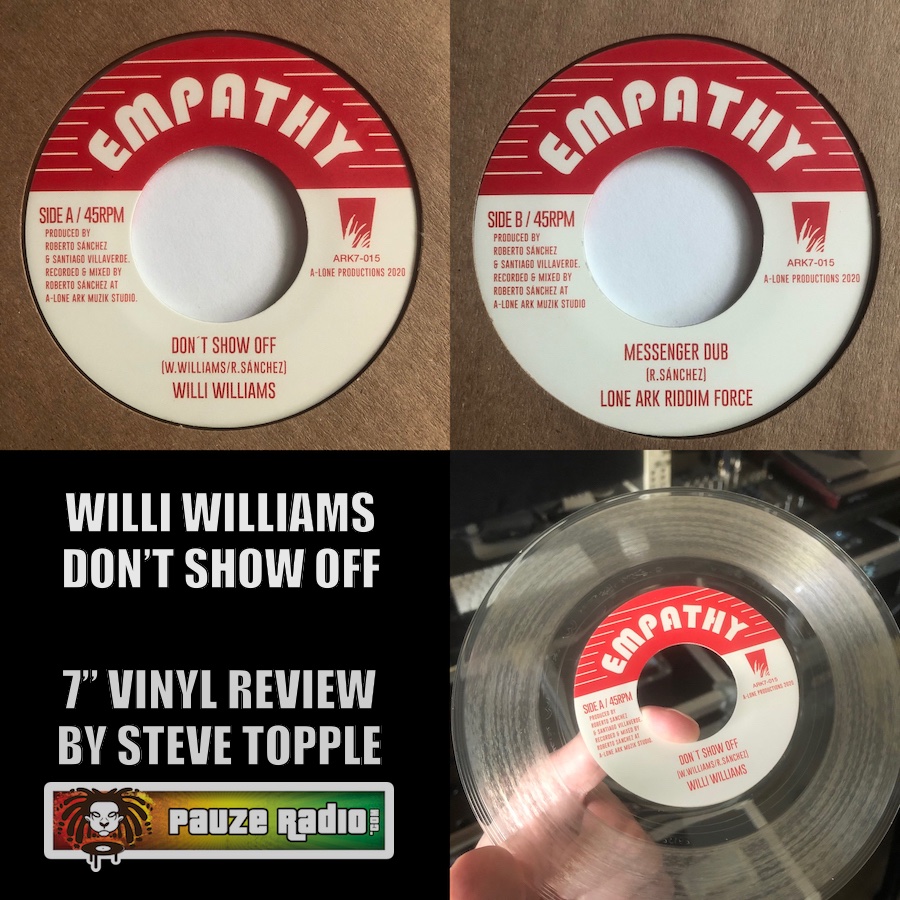 A-Lone Productions is at the top of its game at present. Having recently dropped the superb, reimagined Creation Riddim (based on Shanti Yalah’s 2017 track of the same name), we now have another on-point 7” featuring Willi Williams.

Willi Williams Don’t Show Off, released via Empathy and A-Lone Productions, is a stirring, musically interesting and ultimately strong release, led by the ever-excellent Roberto Sánchez. A-Lone has a solid reputation for inventive and original works, and with Williams on the vocal Don’t Show Off is no exception.

It opens with a gorgeously engineered organ solo that seems to have had its upper drawbars tinkered with to make the timbre sound more like a human voice. Either that or it’s some clever EQing. But either way, Sánchez has done a remarkable job with this instrumental line. It continues throughout the track, focusing more on offbeat chords with the occasional, funky but harmonic riff.

All the other fundamentals of a solid Roots track are also in place. The keys perform a regimental, solid bubble rhythm. A driving bass line works from the fifth of the root down using dotted and straight semiquaver rhythms. It uses a drop sequence, missing the direct upbeats but hitting the offs afterwards. Heavy reverb features on the samples and synths. But as is often the case from Sánchez and A-Lone Productions, scratch the surface and there’s a lot more going on than just Roots.

A one drop is partially avoided, as with the Creation Riddim. The hi-hat/snare rolls are elementary but with the latter performing a semiquaver roll after the upbeats. But the kick avoids the usual ‘drop’, instead accenting double time beats. The upbeats themselves are hit by an elongated reverb synth sample, replacing the kick’s role. A tambourine also rattles in and out at points and bongos hit the offbeats after the downs. This percussive arrangement creates a persistent momentum, absent from many Roots’ tracks.

There’s a curious yet wholly effective use of an instrument, mimicking the main melodic riff and distorted to the hilt – which almost sounds like a kazoo that been put through a guitar pedal. Actual electric guitars whine in and out using the pentatonic scale; a synth theremin-like effect compliments the organ with an alternative riff to the main one and the keys deviate from their bubble rhythms at times with some harmonic riffing. The whole affair is driving, unsettling yet musically fascinating. And of course, Williams delivers in droves.

His voice is suited perfectly to this kind of uneasy composition – as he has a timbre which juxtaposes with it perfectly. His somewhat nasal delivery is reminiscent of the original Roots artists and also their origins in Mento. And his expressive, almost sermon-like performance is complimented by using intonation at just the right points to accentuate key lyrical moments. His dynamics rise and fall effortlessly, and overall Williams’ on-point performance is a masterstroke. Lyrically, it’s strong stuff as well – as he muses on humble self-confidence and mutual respect, cautiously warning that “the same people you meet when you’re going to the top, same one you meet if you flip and you flop back to the ground”. Potent and ingenious.

Side B of the 7” features the Messenger Dub from the incredible Lone Ark Riddim Force.

Willi Williams Don’t Show Off is another compelling release from Sánchez and A-Lone Productions. It showcases once again not only the quality of this outfit’s composition, production and engineering skills – but of course also Williams. It’s an incessant piece of music whose melodic hook stays with you long after the track has finished. Brilliant. 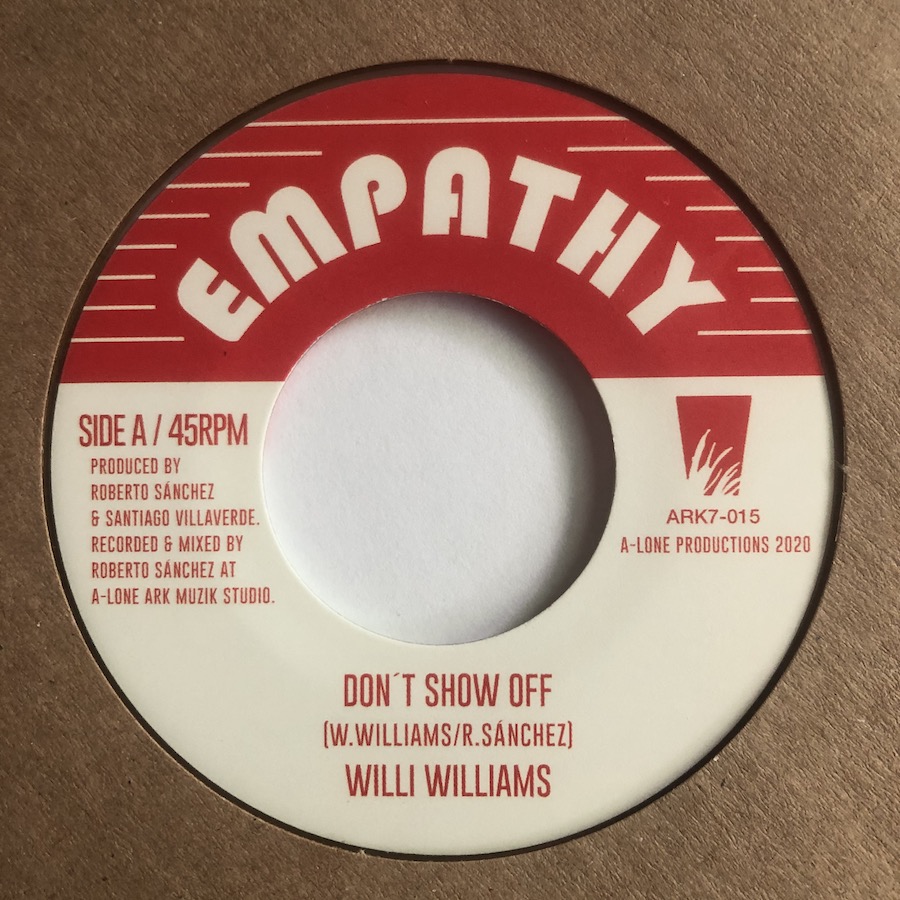