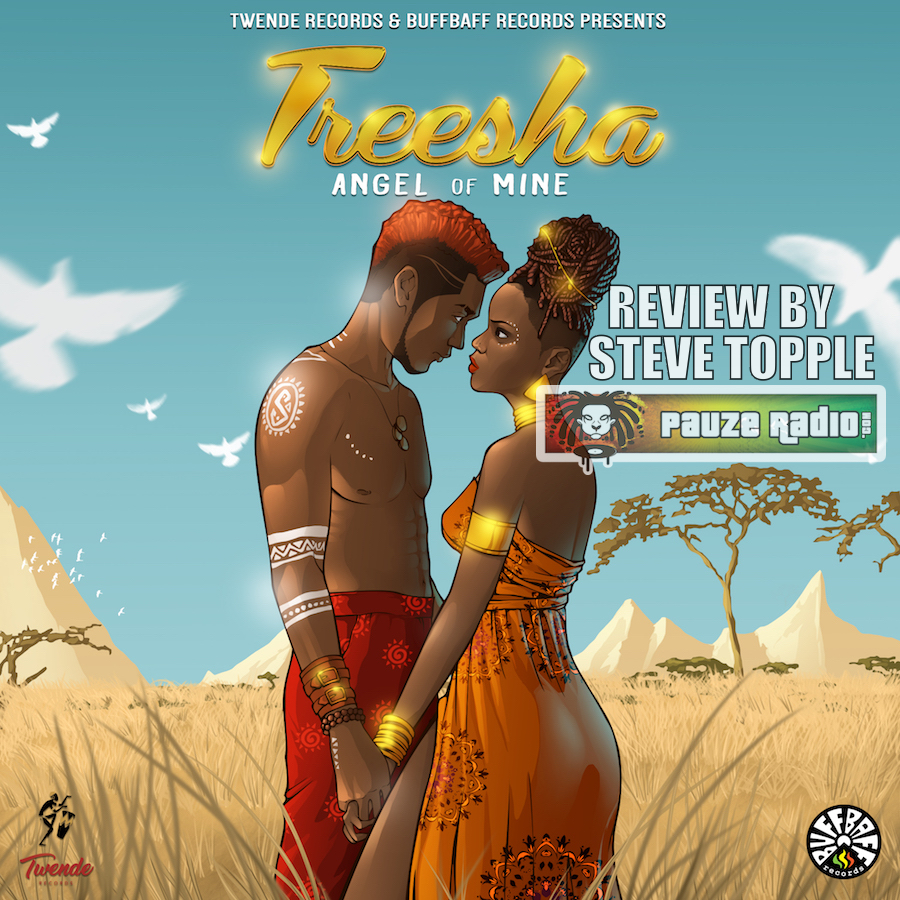 Treesha – Angel Of Mine – Review

Treesha: Angel of Mine Single Review – Steve Topple for Pauzeradio.com.

Treesha is, by anyone’s standards, one of the most exciting female artists in the Roots-led movement. And she’s back, with her first new track of the year. But it’s also a 2020 first for the label that produced it.

Treesha Angel of Mine, released via Twende Records and BuffBaff Records (the team who are also Gentleman’s band), sees Treesha take on a track first made famous by UK Pop-RnB group Eternal, and later US Soul singer Monica. Production from BuffBaff’s Giuseppe “Josi” Coppola is first-rate – and the creation is cleverly done, sitting somewhere between, yet up and to the side of, the previous two incarnations of the song. Angel of Mine is also BuffBaff’s first release of the year.

The famous guitar riff that opens the track has been kept the same. But whereas Eternal’s version used shorter picks and quicker releases of the fretting finger to create a more pointed sound, here guitarist Florian “Stahl” Münzer allows flow between the notes. This actually serves to enhance the melody, and the guitar performs delicate riffs throughout the rest of the track. Then, the Reggae devices come into play.

Fabian “Odi” Zepezauer’s bass is pure Rocksteady, performing a syncopated drop beat riff around the chromatic scale (as opposed to more traditional runs around the root triads), but also sometimes imitating the melodic rhythm. The keys from Frank “Pollensi” Pollak perform a traditional bubble rhythm, enhanced by Münzer’s guitar skank – and both serve as the driving force of the track, giving it momentum.

Then, Coppola’s drums do a one drop, with the kick and the snare focused on the two and four and hi-hats doing closed and open rolls. Percussively, there’s also neat little additions, including a glistening set of chimes. Meanwhile, the backing vocal arrangement has been completely reworked – performing a mixture of call and response duties coupled with more Doo-Wop open vowels and one-word chops. The mastering from Steve “Ganjaman” Akribu just adds the icing on the cake to what is a polished, inventive arrangement.

Interestingly, the key has been kept the same as the Eternal version, unlike Monica’s who was lowered, seemingly to suit her range. But no problems with matching Eternal’s vocal performance for Treesha.

She is, as always, vocally on-point. Treesha is one of the most talented artists in the movement; not least because of her versatility. Juxtapose Angel of Mine with 2019’s Afrobeats scorcher Money Don’t Mean A Thing (across Culture Rock’s Change Like Weather riddim). The latter saw Treesha fiery, fierce and delivering a savvy mix of Reggae vocal and raspy singjay. But here, she’s full-on RnB queen. There’s no question of her technical skill, but on Angel of Mine she uses several techniques to enhance the track fully.

Treesha’s mix of chest and head voice works extremely well in this context. She utilises them dependant on the lyrics and also the direction of travel in pitch. Moreover, she possesses the skill of being able to flip between them during the same breath and phrase. There’s a gorgeous sequence towards the end, across the word “know” where she repeatedly flips her voice between her two registers across a tightly clipped vocal glissando.

That section also highlights the other joy of Treesha’s performance: her vocal runs, which are particularly pleasing. She purposefully intersperses rapid yet legato ones with more staccato and pointed alternatives – providing clarity with these across both vocal registers. And her range is also on full display here, effortlessly hitting a high, crystalline soprano at times before swooping back down to a rich, rounded upper alto.

Angel of Mine is pure class from Treesha and BuffBaff. Delicately yet inventively arranged, it’s a perfect example of how Roots-led music can lend itself to most other genres. Smart and soulful, it also works as a pristine opportunity for Treesha to display her vocal prowess. Lovely work.