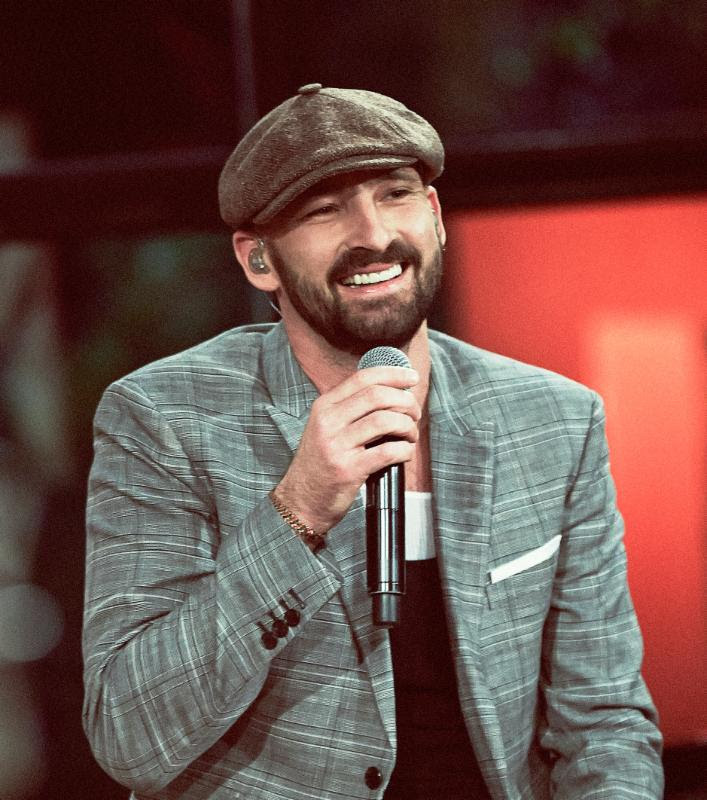 Gentleman resides in Cologne, but sometimes names Jamaica as his home away from home. He is the son of a Lutheran pastor. He is the father of two children named Samuel and Tamica, and married to Tamika, a background singer of the Far East Band, which has been supporting him since his first concert tour of Germany in 2002.

He has been traveling to Jamaica regularly since he was 16 years old. Legend has it that he became hooked on his brother’s Reggae records and thus wanted to get to know Jamaica first-hand. The island has become a second home for him. In the meantime, Gentleman is also regarded as a popular reggae artist in Jamaica as well, which he regards as an honour, being a European. His career began with the collaboration of the band Freundeskreis which produced the song “Tabula Rasa.”

After beginning his career as a Deejay, his music oriented itself on the classic form of the reggae genre, like that of Bob Marley. He sings mainly in English or rather Patois (Jamaican-Creole). With songs like “Send A Prayer,” Gentleman expresses his deep belief in God, without referring to a particular religion. His album, Confidence, climbed to number 1 on the German album charts in 2004. After ten years of making music under the label Four Music he moved to Universal in 2010.

Gentleman & MTV Unplugged
It’s almost miraculous that in the 25-year history of MTV Unplugged, not a single reggae musician has had the privilege of playing the legendary concert series. Now, Gentleman has become the first to receive the honour of presenting acoustic versions of his magnificent reggae songs. The timing couldn’t be more perfect. After six studio albums, Cologne-based Gentleman is now at the zenith of his career as an internationally celebrated star of the Reggae scene. His numerous stays in Jamaica and collaborations with a wide variety of Jamaican musicians have deeply rooted him in the Caribbean island’s culture. In his more than 20-year stage career, Gentleman has played in many countries and made some pioneering work for his beloved genre.

With the help of his eight-piece band The Evolution, other high-profile musicians from Germany and Jamaica, as well as numerous distinguished guests, Gentleman used his home game at the Cologne Stadtgarten to stage an impressive tour through his own history. The constant change between Jamaica and Cologne throughout the span of his career has made him one of the most unique artists in reggae. The acoustic versions of his hits, in particular “Dem Gone”, “Superior”, “Send A Prayer” and “Different Places”, which have long become canons of pop music, demonstrate how wonderfully melodic and memorable his songs are. Over the years, Gentleman has succeeded in perfectly combining roots-reggae and dancehall songs in his work. He is a stylistic crossover artist, who proves time and time again that he not only has a knack for succinct riddims and catchy melodies, but is also a gifted songwriter and singer with an unmistakable voice.

“MTV Unplugged” was recorded in August of this year. The entire concert hall of the Cologne Stadtgarten, which is already the “living room of jazz and world music”, in the Rhine metropolis was converted to a stage, while the actual stage, populated with couches, became a gallery for the hand-picked, 45-person audience. The coveted seats were given to Gentleman fans who applied for them with their particularly personal stories.

Two dozen musicians created the memorable live event, which was rehearsed to perfection for two weeks. The two regular backup singers of Gentleman’s band The Evolution were supported by Jamaican Sherieta Lewis, who was part of the team on the album “New Day Dawn”. The German group of musicians was expanded with Boris Rogowski as additional guitarist and Toni Farris as pianist and keyboardist. Percussionist Denver Smith, trumpeter Hopeton Williams and the hugely experienced saxophonist Dean Fraser, who has contributed to hundreds of albums and served as the guiding light for many arrangements, come from Jamaica. Frank Pollak acted as musical director and held all the threads together, but every single musician involved contributed their part to the recordings with maximum creativity. Ben Bazzazian produced the concert with co-producer Oliver Schrader by his side. Finally, the massive ensemble, perfectly complemented by eight string musicians under the direction of conductor Pierre-Henri Dutron, had to find exactly the right balance to give the songs room to breathe.

The two dozen-song set is refined by a nice guest list, including Christopher Martin (“To The Top”), Shaggy (“Warn Dem”), Tanya Stephens (“Another Melody”), Milky Chance (“Homesick”) and Marlon Roudette, with whom Gentleman breathes new life into the Mattafix classic “Big City Life”. The live classic “Rainy Days” is again polished to perfection, just like it was in the live set with Martin Jondo’s Far East Band and Gentleman’s partner Tamika. The crowning finale is Bob Marley’s “Redemption Song” with Ky-Mani Marley, the son of the reggae legend.

Even if barely a hit song was left out of the evening, the show goes far beyond pure “best of” entertainment. Never before have Gentleman’s songs been experienced live so intimately and intensely. “I noticed that the songs had become incredibly fresh”, says Gentleman. “Sometimes, I had the feeling that the songs had only just been created.” Songs like “It No Pretty” or “Leave Us Alone” in particular, which are incredibly dynamic in their conventional live versions, are slowed down in the most pleasant way and shine in a whole new light. The usual thick oil paints of reggae are replaced with the lightest watercolour hues.

The two exclusive new songs in the set, “Warn Dem” featuring Shaggy and “No Solidarity” featuring Ky-Mani Marley, were both created in collaboration with the respective participating artists before MTV Unplugged was recorded. They were completed in typical Gentleman style, with the artists sending each other riddims and ideas for lyrics. Two new songs arose from these building blocks. “Warn Dem”, the first single from the Unplugged album (release date 19/09), thrives through the precise, reciprocal chanting between Gentleman, Shaggy and the background trio. Groove, drill, melody and message… it’s all there, making the song a definite highlight of the set. “No Solidarity” is more of a roots-reggae number and also has excellent single potential. It is also the first collaboration with Ky-Mani Marley, who Gentleman met two years ago.

The two impressive cover versions are also exclusive. The light and airy interpretation of the Mattafix classic “Big City Life” has true pop hit qualities intoned with soul by Gentleman and Marlon Roudette, the former lead singer of the successful duo, whose solo career has just picked up again thanks to his No. 1 hit “When The Beat Drops Out”. In contrast, “Redemption Song” with Ky-Mani Marley pays a bright, almost reverent homage to Bob Marley, the Godfather of reggae. Aside from these two examples, the set is a wonderfully balanced mix of milestones in Gentleman’s more than 15-year recording career and the current studio album “New Day Dawn”, which is prominently represented and underscores Gentleman’s versatility. The singles “You Remember”, a gentle criticism of the supposed advantages of the digital world, “In My Arms”, another love song for Tamika, and “Heart Of Rub-A-Dub” are all accounted for, as well as “Road Of Life” and “The Journey”. Gentleman also presents the two unusually sensitive ballads from the new album “New Day Dawn”. One is “Memories”, a loving remembrance of Gentleman’s deceased friend, and the other is seemingly folky “Homesick”, which Gentleman impressively interprets with Milky Chance, shooting star of the German pop scene.

The acoustic set, brilliantly mixed by Berlin-based Olsen Involtini, Gentleman’s ideal candidate for producer, is not only uncommonly intense, but also has a wonderful flow. All songs, whether belted out or introspectively sung, come across as authentic and coherent, comfortable and true. “That’s exactly what makes MTV Unplugged what it is”, says Gentleman. “If you have eight string musicians, who play the riddims that you sing on, it’s a completely different beast.” When songs are interpreted with only piano and strings, the result is breathtaking and showcases even more spiritual flair. “After the final rehearsal, I realised that we really should play a few unplugged shows with this lineup”, says Gentleman. Said and done. Three big unplugged shows have been announced for November already.

With the film “Journey To Jah”, which followed Gentleman on his trips to Jamaica over the course of seven years, documentary-makers Noël Dernesch and Moritz Springer delivered a multi-faceted portrait of the Cologne-based musician. The award-winning film was recently released on DVD. Insights into Gentleman’s friendships, working methods and life philosophy create a wonderfully depicted mosaic of film. 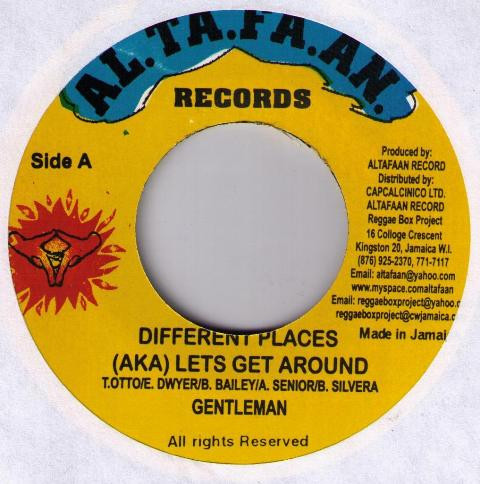 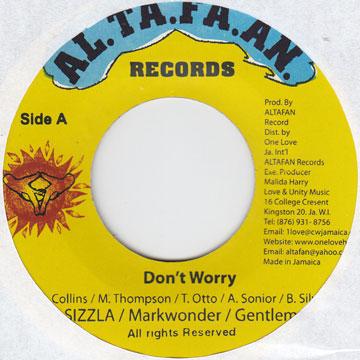 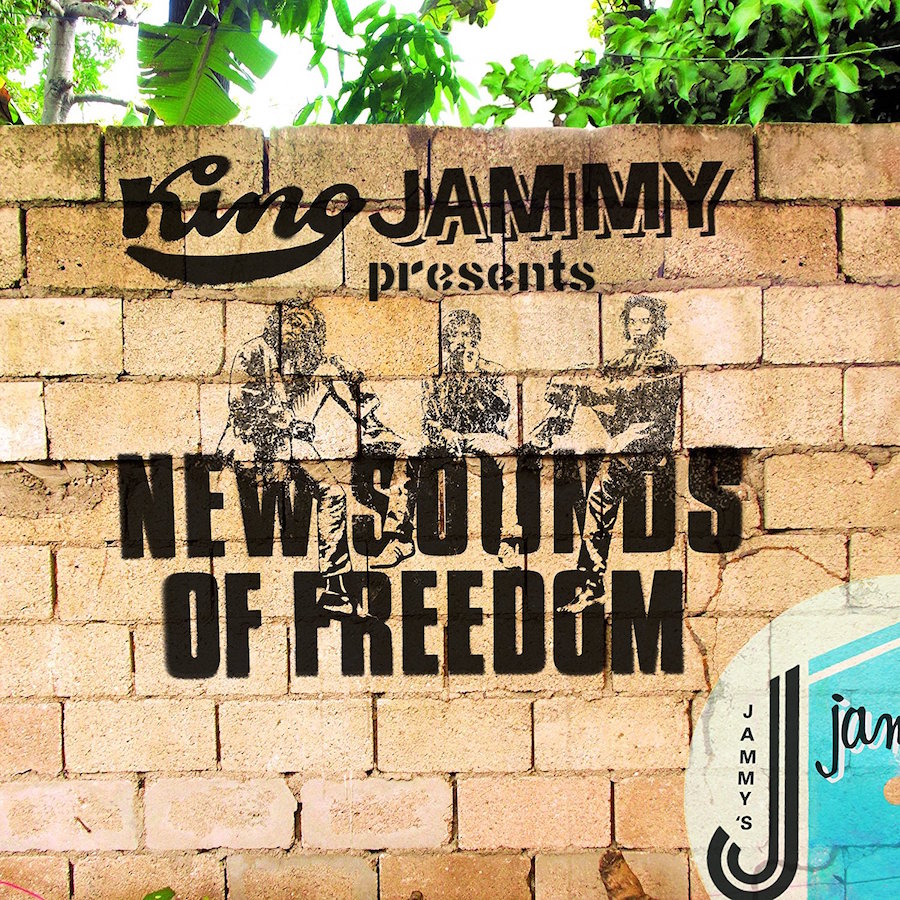