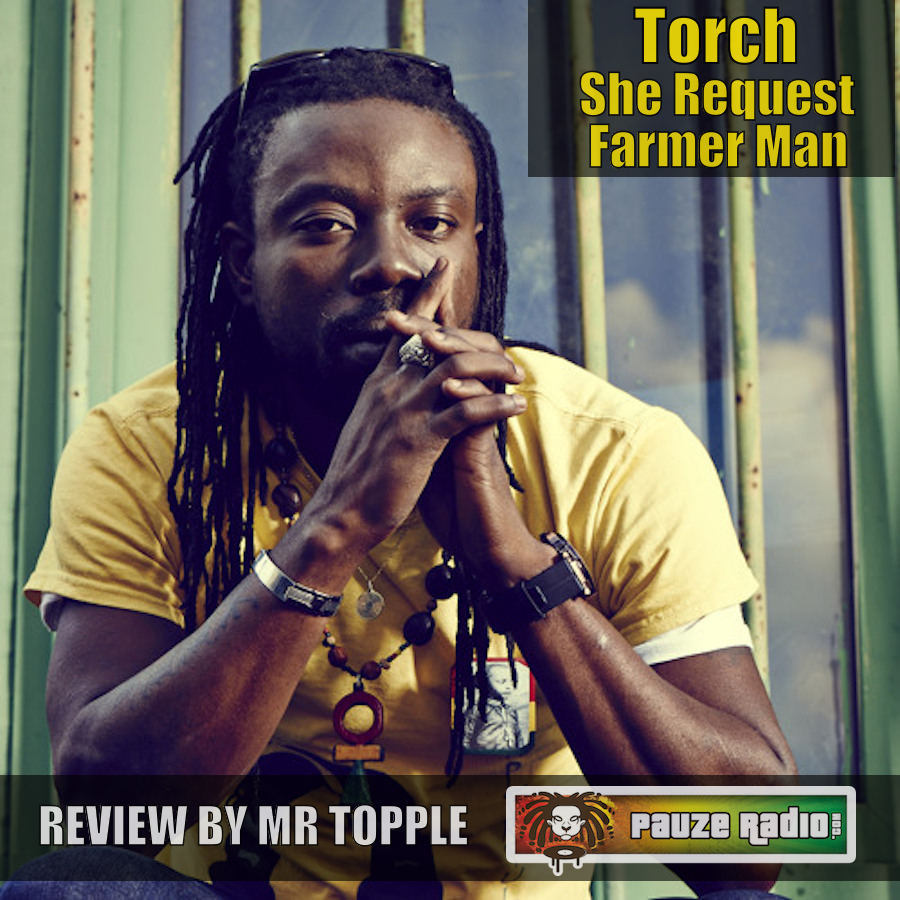 There’s something about classically arranged Roots which immediately draws you in in a captivating way. It does, of course, have to be done well. And Torch’s latest track fits both those criteria.

Torch She Request Farmer Man, released via Crown International Records, is from its compilation Stars Have To Shine. It uses the original composition from Carlton and the Shoes hit Love Me Forever. And here, it’s put to very good effect by producer Norman Owen.

There’s not much deviation from the original track – but that’s a wholly good thing. Keys run a fairly persistent bubble rhythm – straighter in its arrangement, with less focus on treble clef syncopation and runs and more on the driving chords. A rich bass does a drop beat rhythm, which varies depending on the point in the track. Most of the time it misses the four, but during the verses it also drops the three as part of a wider piece of musical signposting – which is not present on Carlton and the Shoes’ original.

Drums perform a classic one drop: stripped back in its arrangement, the snare and kick hitting the two and four and hi-hats running a double time rhythm. Guitars alternate between a skank and some brief intricate riffs, which strikes a nice balance between Roots and the more Soul/Blues influences seen in the genre at times.

But it’s the horns which are also central to She Request Farmer Man. On the opening, they are complex and multi-harmonised, offering a glorious refrain to introduce the track. Their arrangement for the rest of the track is clever, generally working in a response role to Torch’s calls – notably on the chorus, where their line is sparse but its use targeted. Their melodic arrangement here is interesting, too – as they work just outside of the root chord’s triad (honing in on the major fourth note) to create a slightly edgy sound; again, not present on the original.

The production and engineering have been well-constructed, giving prominence to that relentless bass line, but also focusing on the higher kHz of the keys and horns to create a deep track that’s also full of light. The additional reverb on the horns works well. Moreover, the structuring of the track is also good, with unusually short choruses to allow more verses and bridges to be included. What also stands out on She Request Farmer is the use of instrumental breaks on the third beat of parts of the verses. Serving to increase the wind of the track, they also allow Torch’s vocal to fully take centre stage. Some of the original chord progressions have been removed, too – which again works in torch’s favour.

He has a pleasing voice. Clean and crisp, he sits in that Roots style which is a merger of both vocal and singjay, leaning towards the former. His range is good, moving into a higher tenor and some great falsetto cries with ease. He also has a natural flare for musical phrasing, clipping the ends of certain syllables to enhance the track’s wind. But rhythmically, he’s also very accomplished. Arranging his notation with the skill of a rapper, the use of rhythmic repetition combined with some alterations and rapid-fire sequences works extremely well; the second verse, with his demisemiquaver-to-semiquaver runs and pointed breaks, is a stand-out part. Lyrically it’s attractive, too – as Torch laments the positive attributes of being someone who lives a more humble, self-sufficient and spiritual life.

Torch She Request Farmer Man is a lovely piece of classic Roots. Sympathetically produced to make the most of Torch’s excellent vocal, it’s pleasant, compelling and easy on the ear. It has been freshly reimagined from the original, and the whole thing is perfect end-of-summer fayre. Nice works, ready for harvest time.