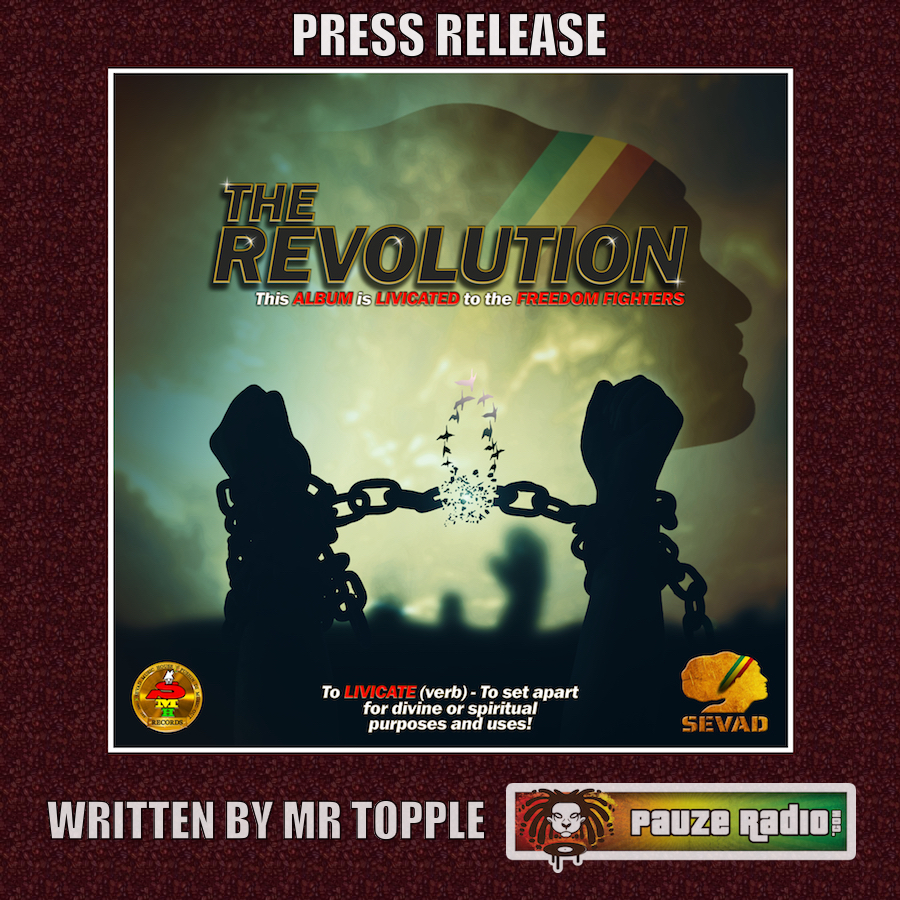 German-based artist Sevad breaks down musical and lyrical boundaries with the release of his latest album. Because not only does it soar to genre-defying musical heights, but it also provides searing commentary on the state of society and the planet during the Covid era.

The Revolution is set to be released via Sevad Music House Records on 29 March 2022, with pre-release ordering available from 9 March. The album, completely constructed by Sevad from writing via production and engineering to mastering, sees this versatile and stylistically ambiguous artist break the boundaries of both musical and lyrical content.

A protest-cry for humanity and unity in the face of evil, the project was completed during the social climate of the coronavirus pandemic. But it inadvertently bears more pertinence now, given the ongoing situation in Ukraine. Musically eclectic and lyrically contentious, Sevad refuses to hold either of those elements back across The Revolution’s eight tracks.

“Of all the artists to recently emerge from Reggae culture, Sevad is perhaps one of the ones to have shown the most artistic development. His album Black Man’s Government displayed real promise but lacked production finesse. Then, his next offering The Message EP displayed real growth in that area. And now, we have The Revolution: musically exquisite and groundbreaking, lyrically damning and with the production and engineering aural aesthetics of a major label. The album is Sevad’s seminal work – elevating his status to one of the most exciting talents to appear in recent years. A force to watch – and an album to immerse yourself in” – Mr Topple, Pauzeradio

The Revolution is a melting pot of genres and styles – best described as Neo-Soul (now more commonly known as Alt RnB). Sevad has used influences from various types of music to create a rich tapestry of sound. From Nobody Care’s almost Toronto RnB, brooding tone to Unite’s Trap vibes but with Dancehall also coming to the fore. The Truth delivers Dancehall-RnB; I Will Never increases the Soul influences and Mr. Global defies boxing in – taking elements of Dancehall, Trap, Reggae and RnB.

Lyrically, Sevad has also created a project with various narratives across it. But it has a central theme of human emancipation at its heart – and also a personal journey from start to finish. The Revolution doesn’t hold back, as he deals with the systemic isolation that comes with consciousness; rallying cries for unity; philosophising on what freedom truly means; the need for ‘revolution’ in the face of the unshakeable ‘truth’ before personal resilience and resistance in the face of the system come to the fore.

Sevad said of the album:

“The message I would love the people to get from this album is that it is time for us to all unite as one. We must get up, and stand up, and fight back against our tyrannical Governments, who are oppressing us and waging unnecessary war in our names. They are killing our children – not theirs. So, it’s time for us to decide our own destiny: if not for us then for our children and our children’s children”.

The Revolution heads the prevailing musical winds of 2022 – as well as the political and social ones. Sevad has created a project which is an encapsulation of current times – and will surely resonate with many people across the world.