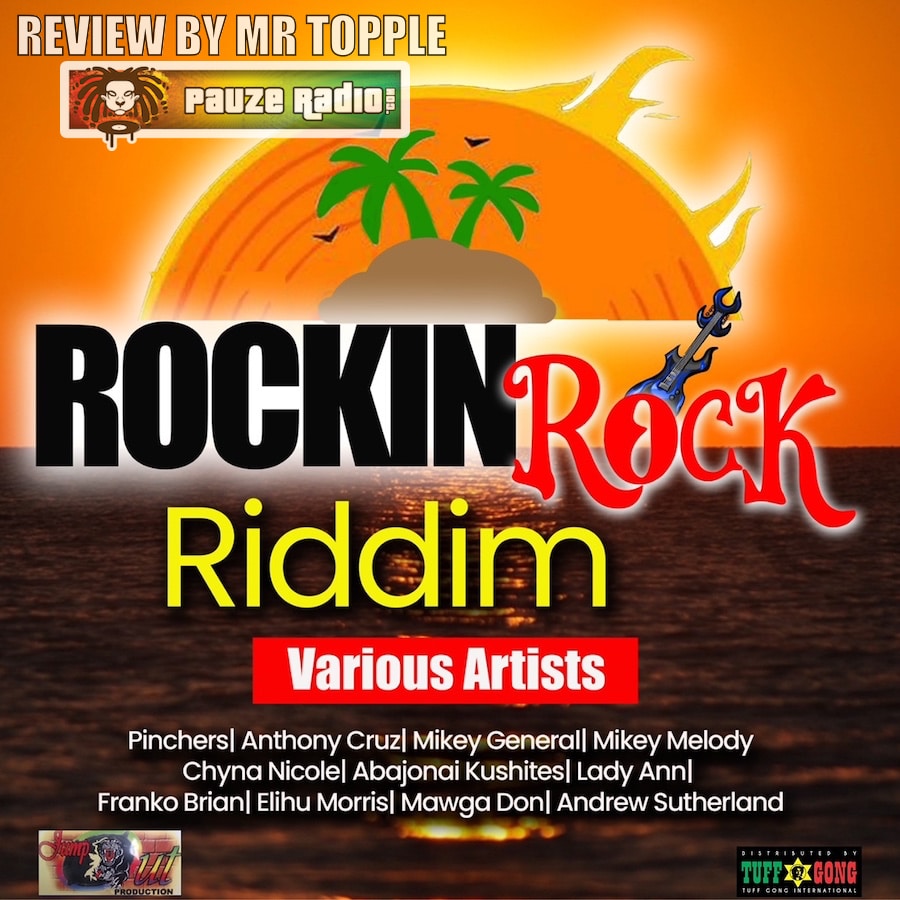 Jumpout Production are back with another fresh riddim for summer 2022. Featuring a host of legendary and up-and-coming artists, it’s a treat for Reggae lovers worldwide.

The basic composition itself is fascinating. First, and there are classic Reggae musical devices a plenty. Stark, tinny keys run a choppy, staccato bubble rhythm which rarely deviates from this – except for the occasional breaks and some clever use of reverb to mix up the rhythmic pattern.

Then, the bass is on a drop-beat rhythm, invariably missing the third of each bar. Its sound is that of an 808 – rich and resonant but also booming – and it works around a melodic line, not arpeggio (broken) chords, indicating the post-Rocksteady style. On occasion, it also breaks out into riffs further up its register, adding to the interest.

However, the drums aren’t strictly Roots Reggae. While the snare generally strikes the two and four and the hi-hats fill in the spaces in between, the kick ignores the traditional one drop, instead striking the downbeats directly. This gives Rockin Rock Riddim a slightly harder, more forward-moving sound, nodding to Rockers.

But what Jumpout has done so well is to incorporate other intricate elements into Rockin Rock Riddim. The end result is a collaboration of vibes and sounds which takes the listener on a journey from the 1980s to the present day.

It leans into that classic Dancehall chord progression of root-to-major 7th, instantly giving off Old Skool vibes. But the digital age is represented across the choice on instrumentation, including synth horns and the inclusion of numerous and entertaining synth sounds and samples. Rockers is present in the drum arrangement (with the focus on the downbeat) and the use of synth instruments. There are some bang up-to-date sound effects included, too – including vocoder. And T-Rob of Tony Roberts Network lent Jumpout the bing (boing) sound selector effect to bring in more of those Rockers flavours.

Overall, Rockin Rock Riddim is a detailed and extremely well-constructed riddim. Then, the artists come on board to cement the vibes.

Pinchers delivers Judgement – a fresh, inventive and lightly-touched interpretation. He is a versatile artist and hones in well on the Old Skool Dancehall vibes by delivering a slick, rhythmically intricate and well-pitched singjay (as well as some evocative spoken word, too). His message about how Babylon is falling and ‘judgement’ is not far from us is strong and works well with the riddim overall.

Anthony Cruz’s track Life Nu Fair At All also have an accompanying video, which you can watch here. He delivers a fascinating interpretation, basing his melody around the minor version of the main major key and backing vocals by Lymie Murray. His performance is pointed, using plenty of note clipping and punctuated syllables. His enunciation is particularly clear, hammering home his lyrics about the state of life under the system.

This Is The Day comes from Mikey General. Here, he focuses on the soulful end of Reggae vocals (including some detailed harmonisation). While his rhythmic arrangement is still very singjay, General’s vocal is definitely Soul, as he uses intricate riffs and runs to good effect. The layering of the vocals to create call and response effects at times is well-placed. He sings high up his register, making the lyrics about praise for Jah evocative and inspiring.

Mikey Melody bring us Mi Nuh Just Come – once more, seeing Rockin Rock Riddim lean further into Old Skool singjay styling. Here, he has stripped back the rhythmic complexity on the first verse and chorus, before gradually upping the ante from there in. It works well, because this is juxtaposed with some complex melodic arrangement – like Cruz, using the minor notes of the key at times. Overall, a strong performance.

Songstress Chyna Nicole is back with Do It My Way. It’s an interesting one for this artist, usually known for her vocal interpretations. Because here, Nicole has mixed up her performance, flexing between an Old Skool singjay style at times and her recognisable vocal at others. This balance works well, as she spits then sings with aplomb. Check out her freshly released video here.

Abajonai Kushites’ interpretation High Frequency is one of the more forthright tracks of Rockin Rock Riddim. His style is gruff, abrasive and in-your-face – which again fits perfectly with Jumpout’s versatile production. He singjays at a rapid rate, delivering complex rhythms which really hone in on the Dancehall vibes. The vocal layering is well-executed; Kushite’s skat riffs are brilliant and overall, it’s one of the more bruk-out tracks of the riddim.

Lady Ann delivers Hide And Seek Love. She is a fascinating artist – with an instantly recognisable voice that is classic in its timbre and style. Ann works low down her register, bringing singjay rhythmic elements to the fore and leaning less into melodic concerns. This approach works extremely well, as it perhaps feels like the most authentic Sound System track of the riddim due to Ann’s on-point performance.

Sonny, from Franko Brian, builds on what Ann started (which means its well-placed in terms of the riddim’s running order). Again, we’re back to an Old Skool Sound System-style performance here – with Brian providing rhythmic intricacy across his interpretation. And lyrically, he has delivered a powerful performance – calling for the youths to consider their actions and the consequences of them.

Eliuh Morris’s Road To Recovery sees Rockin Rock Riddim return to something more soulful, and wonderfully so. He has a rounded and resonant voice, working high up his tenor range – which also has a sense of urgency. Morris makes good use of varying note length to accentuate the lyrics, and his performance is forthright – complemented by the nicely arranged backing vocals from Chyna Nicole. The lyrics about finding faith in the face of Babylon’s constant onslaught are strong, also.

Mawga Don provides Rockin Rock Riddim with Badness, which is another pointed and forthright performance. He’s pitched the merging of singjay and vocal perfectly – providing a high level of rhythmic intricacy coupled with some interesting melodic arrangement. His use of changing dynamics is stirring and again, the lyrical content about personal faith and trust in Jah are strong.

Rockin Rock Riddim closes with Anthony Sutherland and Oh Baby – a Lover’s-style track with him delivering a vocal performance accompanied with some modern production techniques like the use of vocoder.

Overall, Rockin Roots Riddim is classy and stylish. Combining all the best elements of bygone eras, it merges that classic 90s digital sound with some respectful nods to Dancehall in the 80s and Rockers from the 70s – while still managing to feel fresh and relevant with modern-day touches. The artists have provided some extremely accomplished and often conscious performances across their interpretations, and overall Rockin Roots Riddim is pure quality and the perfect legacy release for the culture.