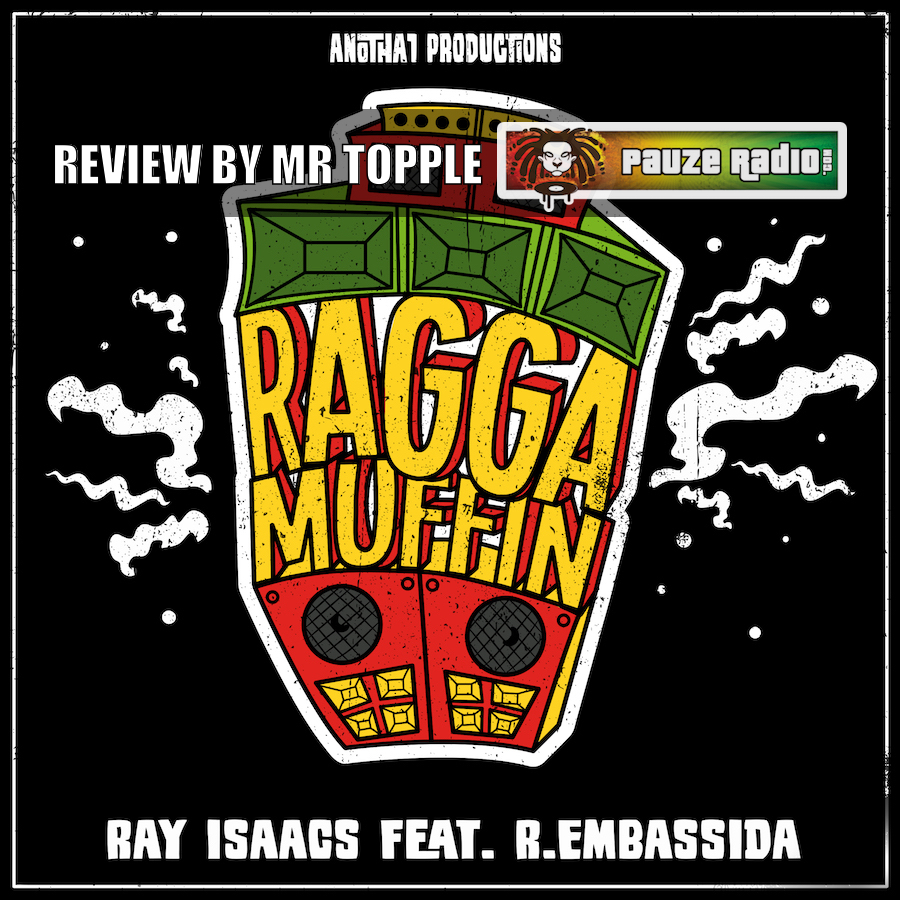 The nephew of the legendary Gregory Isaacs has not had a bad year, all things considered – from a timely and well-executed cover of a track by his uncle, to a journey into AfroDancehall territory. Now, Ray Isaacs is back to finish 2020 with a Roots-Dub bang.

Raggamuffin, released via Anotha One Productions, sees Ray Isaacs team up with R.Embassida. The composition from House of Riddim has created a brooding, driving affair that draws on elements from two genres to create a sound that is unsettling yet compelling. Anotha One’s sympathetic production is littered across the track. Mixing comes from the ever-reliable Sam Gilly, and the very top-class mastering from Umberto Echo.

The track crosses the boundaries between Roots and Dub very well, with House of Riddim employing various devices to hone the merged sound. The use of various forms of keys is prominent. A piano line runs a stripped-back Roots bubble rhythm from the off, focussing solely on offbeat chords. Then, and electric organ line also enters proceedings, running occasional, heavily vibrato’s chord on the upbeats, with additional syncopated ones at points. But both lines have peaks and troughs to their arrangement – at points breaking out into melodic runs, and at others being removed altogether.

Raggamuffin’s Roots flavours continue to be represented by the bass. Admittedly, it doesn’t follow the usual drop-beat rhythm which is a staple of the genre. Instead, it works around a combination of dotted and straight notation, creating a swing which is enhanced by the melody running around the diatonic scale. Of note is that the bass’s engineering is not overpowering (dB-wise, it’s lower than many other tracks). But its timbre is still rich and the technique is fairly picked – pushing Raggamuffin forward.

Drums have been cleverly arranged, too. They follow a rudimentary one drop, with the kick and snare controlling the two and four. But interestingly, it’s the hi-hats which take prominence, working around dotted rhythms with the more elongated sound being created by having the two cymbals slightly open – as opposed to a tight, closed timbre. This again adds to Raggamuffin’s forward momentum. Funky electric guitars swerve between a distant, broken skank and some pacey riffing which sometimes follows the bass’s motif. Then, House of Riddim has bought some Dub devices into play.

The musical breaks on the verses are pointed, led-in by the piano being drenched in reverb which then evaporates to leave the bass, guitars and drums in play only. The instrumentation is then quickly built to lead back into the chorus, which has been well arranged. There’s a nice use of a bell bottle synth (or similar) at points, creating an otherworldly sound along with some imposing samples. Overall, Raggamuffin is a solid composition from House of Riddim. Isaacs and R.Embassida then go on to enhance this.

Isaacs has clearly progressed as an artist from his previous performances – because he’s on top, detailed form. Here, he focuses more on a singjay technique over a straight vocal on the verses – which for the style of the track works well. His rhythmic pattern is pacey, being dextrous with the lyrics and employing smart use of melodic notation – not overcomplicating it but still with enough variation to maintain interest. His work on the chorus is then very impressive – spitting it out at a frantic rate of knots, without dropping melodic or rhythmic structure. R.Embassida compliments him well, bringing a more old skool style to the track which is grizzlier and more urgent in terms of note length (not rhythmic arrangement) than Isaacs slightly laid-back extensions. And lyrically the track is very strong – as both artists exude humble self-confidence, with some clever use of cultural and artistic references (a name drop to Isaacs’ uncle being one). There’s a great piece of artwork for the track as well, from Costa Rican 420Art.

Overall, Raggamuffin is a strong finish to the year for Isaacs. He’s clearly grown as 2020 has gone on, and the track serves as possibly his most assured performance of the past 12 months. R.Embassida confidently supports him well; House of Riddim’s music and Anotha One’s production are on-point, and overall the track is a pleasing piece of work. Solid.