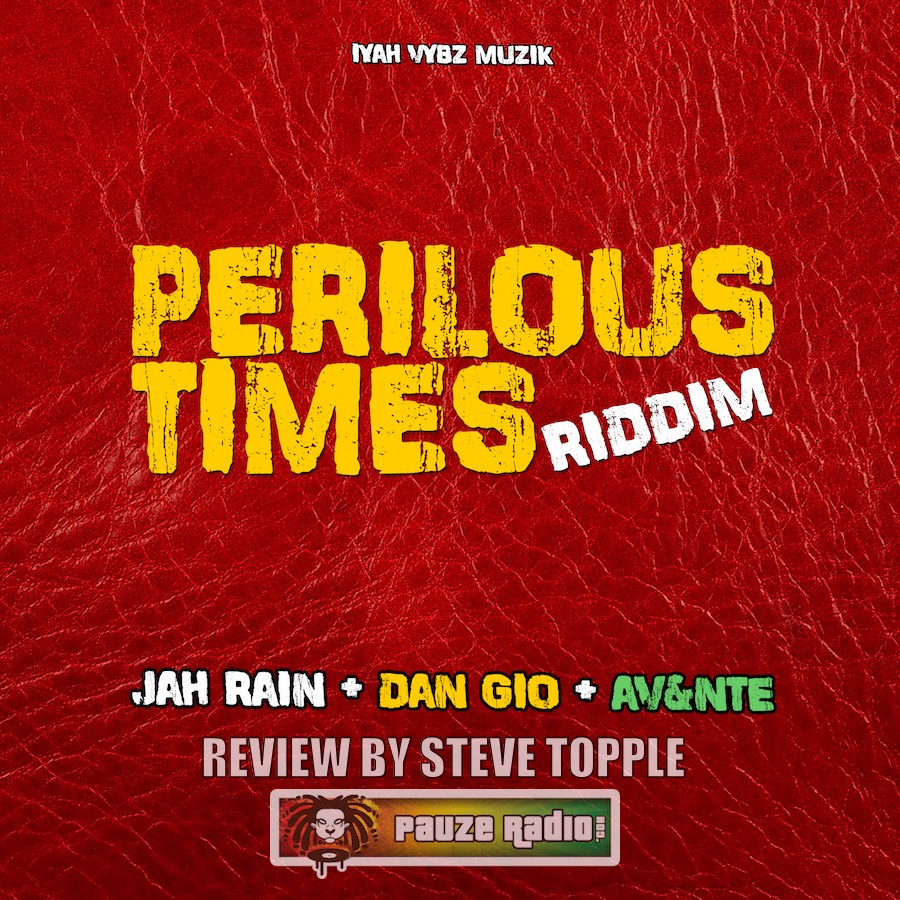 Never has a title of a riddim been more apt for the time it will be released. Because Jah Rain’s latest project encapsulates the period of history we’re living through. And moreover, it’s an exquisite musical representation of it, too.

Perilous Times Riddim, released via Iyah Vybz Muzik, sees Rain take full control of composition, production, mixing and mastering. It’s no mean feat as an artist to have this level of responsibility over a single track. Jah Rain is no ordinary artist – and he’s pulled it off magnificently.

It’s a haunting, Electronica-led Roots affair, characterised by its heavy use of high pass filters, decay and a forthright bass line. All the necessary elements are there. The keys are on a stripped back, incessant bubble rhythm, tinny and rasping in their timbre. The drums do a variation on a one drop, with the snare leading the upbeat charge, slamming on the second and fourth. But of these rudimentary elements, it’s the bass that drives them. It too drops the one, followed by a syncopated, but fairly straight double time riff. While this seems simple, it’s actually a clever move from Rain. This unfussy arrangement forces Perilous Times Riddim forward in a constant manner. But the lack of rhythmic intricacy allows space for the more detailed instrumental lines to breathe.

The horns are the first things that stand out. Rain has boldly put them on demisemiquaver (quadruple time) riffs, most pronounced in the opening sequence. This chattering, coupled with some rasping, high pass filtering, almost gives human quality to them: as if there was a group of scared, distressed people frantically begging for help. This rapid-fire arrangement is replicated throughout, with the line flitting in and out – again, a musical representation of human qualities.

There’s a fascinating co-existence between a melodica and a Hammond organ. The former is arranged across single beat crotchets. But the engineering is fascinating. It travels between high-then-low pass filters, going from tinny to mellow in a matter of milliseconds. The line transfers between the left and right inputs, and the decay is added in waves, forming peaks and troughs of dynamic. All this, much like the horns, gives the melodica a human form – like a cry echoing around an empty room. The Hammond organ is running a syncopated, counterpoint arrangement to the melodica’s drawn out line. The dB has been engineered down so it plays a secondary role, but much like the bass it adds momentum to the track – and it’s a bit Funky Soul, too.

Perilous Time Riddim contains further, ingenious moments which serve as a musical manifestation of Rain’s message. Not least among these is the inclusion of some bang-up-to-date synths, which represent the 21st century nature of what could be a message for various points throughout history. But just to add some Roots authenticity, Rain briefly includes electric guitars at points – but their appearance is fleeting, just at the start and kind-of a nod to days gone by. It’s almost as if Rain is saying about the riddim’s theme, via the music: ‘we’ve been here before – but this time it’s different’.

The whole composition is a highly intelligent manifestation of the riddim’s title. And all that’s without the artists’ superb interpretations across it.

Rain himself opens with the riddim’s title track. As if it wasn’t enough that he’s a composer/producer/engineer – he’s also a highly skilled vocalist. His range is impressive – gliding between a rich, rounded baritone and a rasping, soaring tenor. What also stands out is that the quality in both areas is high; some singers struggle in parts of their range, but not Rain. Then, just to be even more talented, he delivers a frantic and scintillating singjay – rapid on the fire, clear on the crystal and note-perfect. And his spitting, hitting around eight syllables a second, is in the realms of Hip Hop greats. This juxtaposition of smooth, soulful vocal with rattling, forceful singjay works well – hammering home Rain’s message. As he says, “world crisis everyone facing” – at times referring to the coronavirus pandemic – but he urges hope in the face of adversity. That hope, of course, coming in the form of Jah as we “hope and pray for a brighter day”. It’s classy, accomplished work – and thoroughly endearing and engaging.

Next, and Dan Gio (who’s shortly got his own, new EP out called Emotional Tide) gives us Lead The Way. His delivery is different to Rain’s, insomuch that he focuses much more on the higher end of his vocal range and the pace of his performance is more rapid across the board. The chorus is clever – mixing rhythmic simplicity via a triple time rhythm with musical intricacy, working mainly up and down in small tones and semitones from the third and fifth of the root chord. Again, like Rain, his singjay is impressive and in some respects rhythmically more complex in its use of patterns. And thematically, Gio picks up where Rain left off – moving the message into the area of how we need to transmit our “hope for a brighter day” (as Rain said) to the youth of today – otherwise little will ever change. Lead The Way is stirring stuff, and perhaps offers a pleasing glimpse into what Gio’s new EP has to offer.

Concluding Perilous Times Riddim is Av&nte with his interpretation, Taking Over. His vocal is again different to his predecessors – more relaxed on the chorus, with the melodic arrangement having more room to breath than the other two versions. Av&nte’s voice is rich and laid-back, gliding across his upper tenor range without effort. His singjay interestingly expands on this timbre: he fires out syllables at just as an impressive rate as Gio and Rain. But his delivery is less staccato, more legato – combining elements of Soul technique into it. And his message finishes the project perfectly. Av&nte breaks down well how the system operates, what it does to manipulate and control us and why we should resist. Again, it’s pertinent timing, as coronavirus features – but the message is deeper than that, and it’s a strong one about how we’ve got to this near-disastrous point.

Perilous Times Riddim is an impressive project from Rain. It’s a musically well-crafted piece and a smart arrangement which allows the featured artists to shine. But two things really impress: Rain’s anthropomorphism with his engineering of certain instrumental lines, and the consistent theme that ends up being the telling of a story across each artist’s interpretations. It’s a bold, haunting and ingenious project and truly fitting for these perilous times. Essential listening. Perilous Times Riddim review by Steve Topple (13th May 2020).