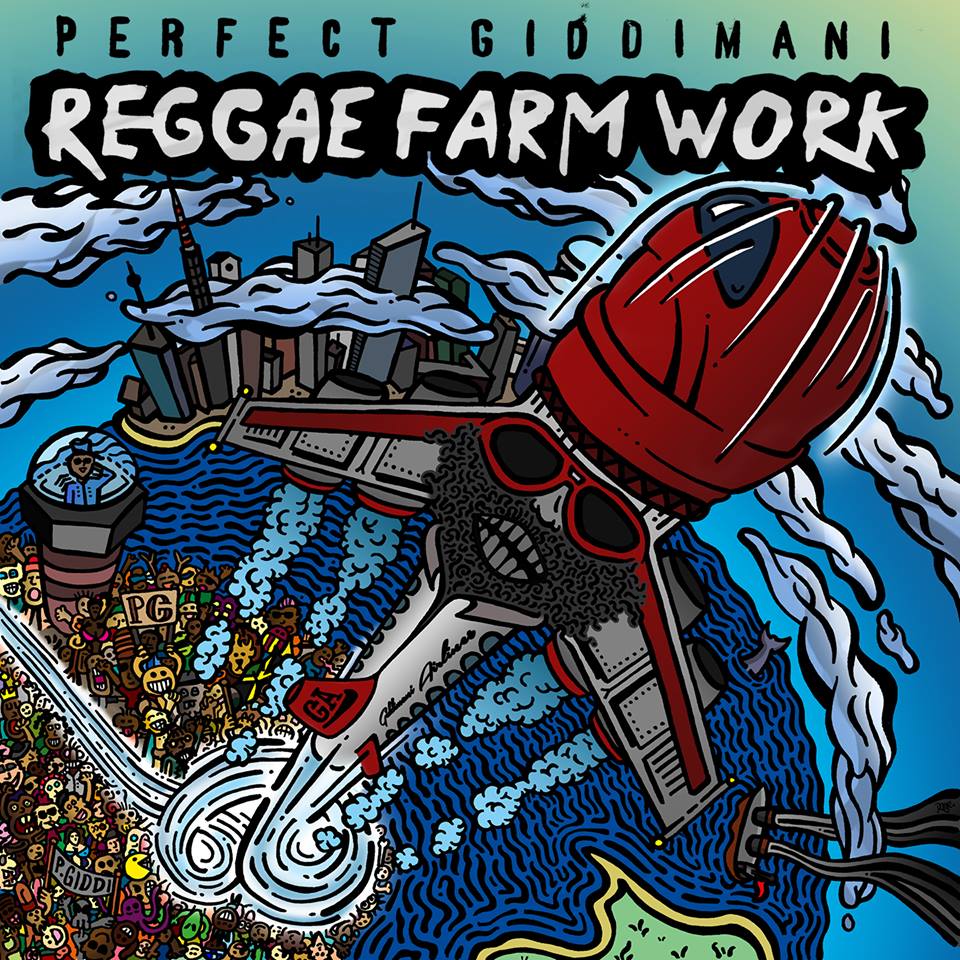 Perfect Giddimani aka Greg Rose is an artist that needs no real introduction. Born in 1980’s Jamaica and immersed in Roots culture from early on in life, he started off named as Little Ninja on the Trend Setter Sound system until later changing his stage name to Perfect Giddimani. Things really kicked off for him after the change of name, with his first major hit being back in 2000 with a steady stream of hits ever since, including the likes of “Hand Cart Bwoy” , “I Smoked A Spliff” “Laugh” and many other huge releases.

In 2016 he released his latest Album “Reggae Farm Work” with Irie Ites, takes you on a journey through the classic roots sound as well as touching on Dancehall and even delving into Dubstep for the track “No Body Knows.“ Delivered in Giddimani’s highly unique and conscious styling, with his occasionally more entertaining and fun sound, even touching on some militant vibes. This album is taking you straight back to the early 70s/80s Jamaica, while maintaining an up to date sound, dealing with issues that still now effect the general population making it highly relatable, while also being something to just listen to and get lost in.

“Nigerian Girl” takes you on a deep lovers rock tip, setting the tone with a beautifully dubbed riddim, featuring a lush brass section, that compliments the vocals of both Giddimani and the backing singers. Moving onto “River Jordan“, which is a wicked and deep bit of conscious roots on a rocking riddim, dealing with the issue of living in babylon and surviving through the strength with the blessings of Jah. Next up we have “Never Forget” which features a more upbeat backing track with Giddimani laying down the catchy hook “Never will, never will never will, never will forget Jah”.

“Wonderful People” is a beautiful track that straight up lightens your mood making you rock away to the classic 80s style riddim without a care in the world. “Show Biz” talks about the reality of working within the world of show business and the continuing struggle to earn from the rocky life style of an Artist. “S.T.F.U” is a massive contrast to all the previous tracks on the album, taking the tone on a more rough 90s Ragga Dancehall style and fashion, simplistic militant beats and Raggamuffin vocals, sending a message out to all the people with a chatty mouth.

“On My Corner” takes it back to the foundation Dancehall style sounds, reminiscent of early Damian Marley combined with Burro Banton with a delivery that you would expect more from a Sound-system DJ over Giddimani’s general sound and vibe. “Poorman“, again comes in on a Marley Vibe, but this time it’s the great Bob Marley feel, deep one drop vibes with a beautiful accompanying brass section and backing vocals that work together excellently, a truly stunning composition.

“Back To Black” is a deep soulful track, talking about taking back black culture and the liberation of black people, again Giddimani’s vocal ranges are truly shown in this track accompanied by a dubbed roots riddim straight out of the 80s.  “Reason” is a wicked piece of music, with Giddimani using a number of different vocal deliveries, making it sound like several artists on the mic, covering both gruff Raggamuffin toasting through to harmonic singing, sitting on an excellent version of the classic Hot Milk riddim.

“ASAP” is a message to the bigger heads that Babylon will soon fall, so to fix things as soon as possible before it’s too late, delivered in a way reminiscent of artists like Sizzla or Buju Banton. “Marcus fi Us“, a straight riddim of repatriation, talking of the great Marcus Garvey and knowing about the roots of Rastafari in Africa. “Straight To My Heart“, is a straight Ganja man track, talking of how much Giddimani loves his Ganja and how it’s his comfort in life, delivered in an upbeat and uplifting tone and manner.

Finally, “Nobody Knows” ends the release on a contrasting Dubstep vibe, which comes as an unexpected round up of the full spectrum of vibes that Giddimani covers.