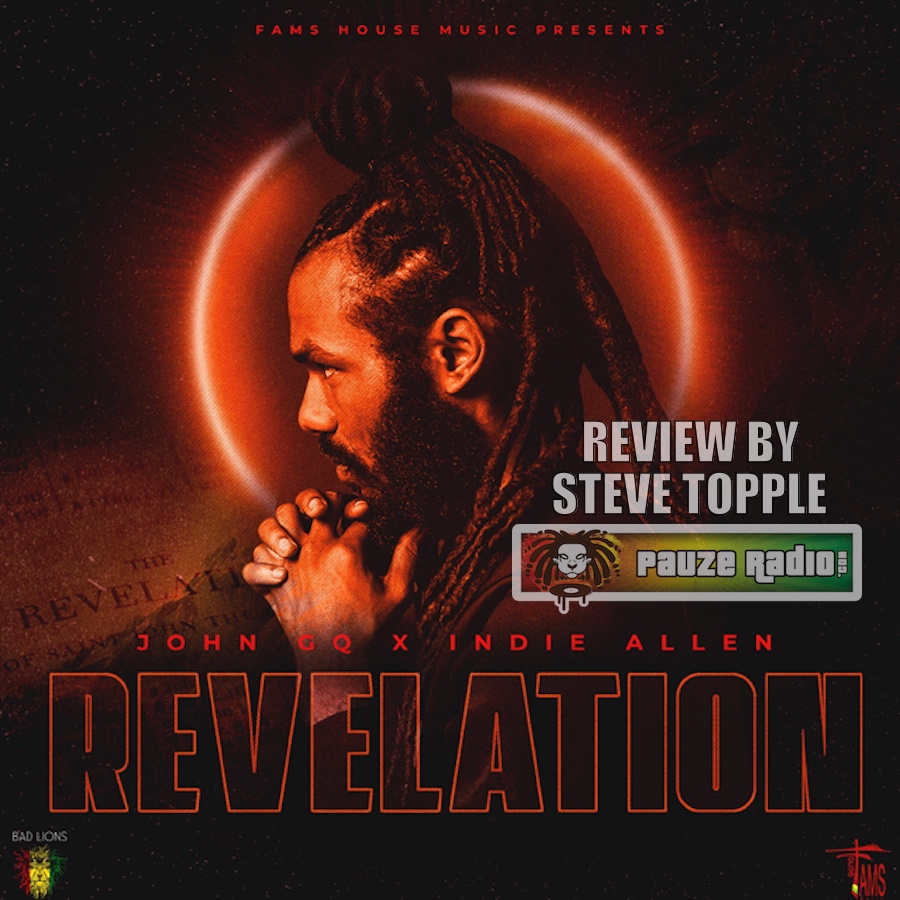 Indie Allen is a force to be reckoned with. Having been steadily building upon the success of his debut mixtape, Indie Me Name, the sensational talent is back – with a little help from super-producer Floyd “John GQ” Barrett.

Indie Allen Revelation, released via Fams House Music, is an unsettling and ultimately pertinent track. Orchestral and cinematic in its construction, John GQ has managed quite a feat: taking elements of Funky Soul and Roots, creating a track worthy of a film score but one that would also be at home in another genre entirely.

It opens with strings briefly running a dotted rhythm, before the keys on arpeggio chords, drums and the bass fill out this introduction. Then, the track gets going proper. Its driving force is a persistent rhythm, present almost exclusively throughout. It almost feels like part of an elongated Dancehall clave: that ‘oneeeeee-twooo-and’ vibe. But in this instance, it’s only used once across the bar, before the third off and fourth beats are hit. This brings a more brooding, Funky Soul air to proceedings; enhanced by the instrumentation. The rhythm is driven by the kick, snare and the keys on the root chords, with the bass also following suit, but with some additional syncopation in the second half of the phrase.

Its role in Revelation is interesting. John GQ has engineered its dB down somewhat, so your ear is not directly drawn to it. Instead, the focus is on the other instruments. Meanwhile, in the background keys also have a secondary role. They run an intricate and syncopated counter melody to the main one, building a frantic air. Strings also double up their part; one line playing into the keys’ line with furious and urgent plucked staccato semiquaver arpeggio chords, and the other doing drawn out bowed notes.

Electric guitars with a heavy dose of wah-wah do a Roots-like skank just out of ear shot. The occasional breaks and drum rolls also nod to the genre. But this flittering glimpse is just that, and the whole track has a raging, orchestrated Funky Soul feel about it. It’s this which actually places Revelation nearer to the heavily embellished sound of 90s Hip Hop, where less wasn’t more and the focus was often very much on full orchestration coupled with hard drum beats. The use of closed and open hi-hats and crash cymbals throughout give more weight to this vibe. But Allen’s vocal adds another dimension to the cut.

He’s one of the most enthralling artists to emerge from Jamaica in recent years, and Revelation is not exception to that title. He smashes pre-conceived notions about Roots singers – combining Soul vocal techniques with elements of melodic and rhythmic singjay to deliver a blunt and punchy performance. He barely stops for breath as he unflinchingly delivers rapid-fire rhythmic patterns. And his range is impressive – sitting in an upper tenor before breaking out at times into a remarkably high falsetto. His use of dynamics and intonation are also pitch perfect for the lyrics, as he gives a dignified yet brutal warning that we’re living in end times – and we all need to act.