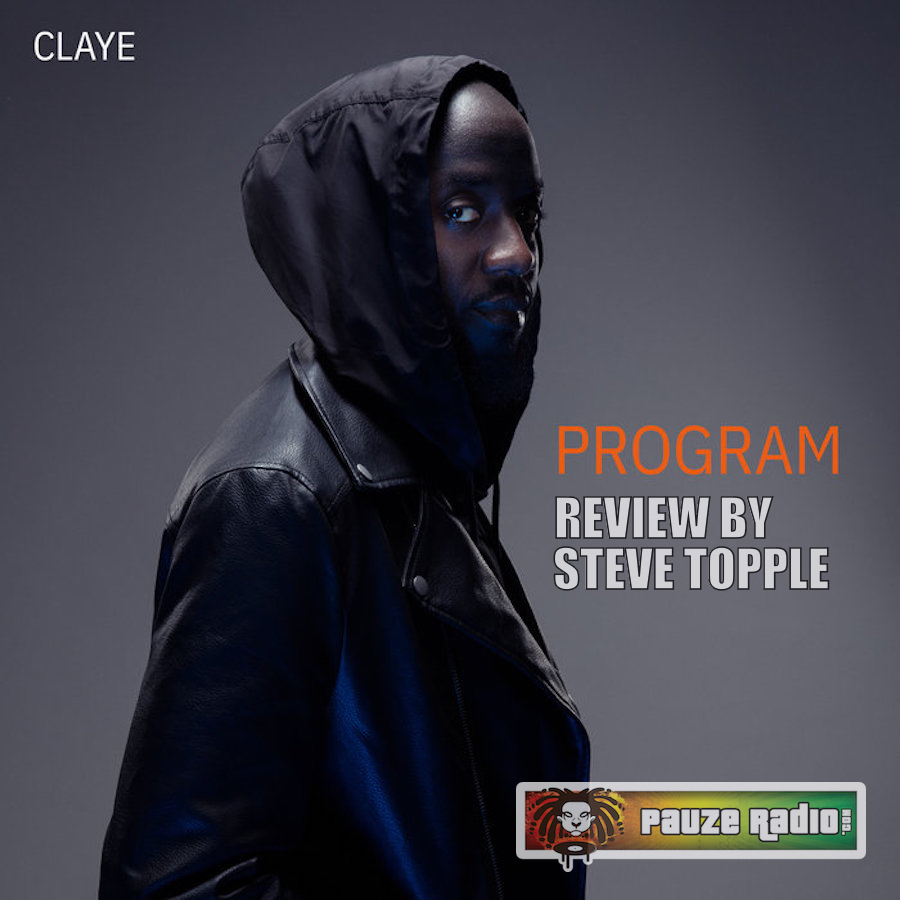 Earlier in 2020 Claye released perhaps one of the standout albums of the year so far: Medicine. He’s clearly not someone who sits back and basks in the glory of his accomplishment, though. Because he’s just dropped another new track. And it’s picked up perfectly where Medicine left off.

Claye Program, released via Prawley-Mae Music, is a fascinating dive into 2020 hybrid Afrobeats RnB, with a thoroughly conscious and philosophical twist. The production from Claye himself is top-class; of little surprise given the pedigree of this artist’s back catalogue – including the likes of Sean Paul. But Claye is also a genius when it comes to constructing intelligent and imaginative music. And Program is no exception.

It’s a bubbling, relentless affair which hones in on several genres to create an intricate and musically fascinating composition; one which is difficult to box in.

Program opens with electric guitars on rapid-fire semiquavers. But the construction of their melodic line is ingenious. The first three semiquavers are on the C sharp root. But to set the offbeat and stuttering vibe from the start, Claye moves the guitars onto the next chordal phrase (the sixth) on the fourth semiquaver (just before the second beat drops), and then continues this pattern onto the seventh and down to the fifth. It’s a brilliant use of melodic arrangement to represent rhythmic pattern, and also makes the guitars the driving force of Program.

Bass-wise, Claye has stripped it back to basics. It mimics the guitars’ melodic sequence, but smoothed out across beamed notes. This rhythmic arrangement sits somewhere between the dotted-note phrasing of Dancehall but at a musical rate per bar of RnB. Also, it flits up and down an octave at points. It’s an interesting device, as it musically subdues the verses when the bass is at its highest pitch (allowing the vocal room to breathe), and then makes the bridges and chorus harder when it’s at its lowest.

Program’s percussion is highly complex, with each instrument playing its individual part. The driving snare hones in on the offbeats (typically Afrobeats), but with a Trap/Drill-like buzz roll at the end. The hi-hats are light-touched on the early half-offbeats (to the point of being barely audible), before coming in harder on the final one between the third and the fourth, with a triple semiquaver rattle. Meanwhile the kick hits the first downbeat hard – again all very Afrobeats. But it then returns on the first quarter-off after the third.

All the percussion combined creates a delicious, rapid firing pattern of the kick, then hi-hat and finally snare at the end of each bar. It’s again a masterstroke, as it fills the brief space where the melody has either ended or is on a strung-out note – and also serves to drive the momentum forward, as this trough-then-peak rhythmic pattern creates impetus into the start of each bar, with the kick beginning it all over again. Superb.

On top of all this, horns stab on the final half offbeat (mild nod to Ska); choral synths add a bit of Grime to the mix and the heavily harmonised backing vocals, on straight three-part duties, are all very RnB. The musical culmination of this hybrid orchestration is a sublime delve into ambiguous Afrobeats RnB, which could sit easily on a Dancehall mix, too. But Claye’s melody and vocal performance also impress.

He has a real skill when it comes to producing ‘earworms’ which get in your head and refuse to budge. Program is no exception, with its instantly memorable chorus. Working from the root, down to the lower fifth, up to the third and tipping briefly to the fourth is always a good move for a tune. But the stuttering rhythmic arrangement of the melody seals the deal: the combination of both driving the chorus into your brain. The arrangement of the verses and bridges also hint at Claye’s Reggae-based leanings: heavily beamed, often missing the first downbeat and almost singjay in his performance quality, it’s this part which is the most Dancehall element of Program. And it works superbly.

He’s also a skilled and fast-becoming recognisable vocalist, sitting equally comfortably in his lower and higher tenor range. Heavy on the Patois, his enunciation is crystal clear, combining smoothed out and then clipped syllables and notation depending on the lyric. He also spits at an impressive rate, juxtaposed with the more RnB-delivered choruses. And his use of intonation to highlight particular end-phrases is also pleasing.

But most exciting is that Claye has combined all these features, and not only created an on-point and banging Afrobeats RnB/Dancehall hybrid cut – but also a track with a conscience. Its message, about how the system will unwittingly push you into boxes it wants you to be in, is pertinent. His response, that “we nuh tek program”, is a lesson we should all hear. Claye’s delivered a particularly strong sequence, where he muses “and if yuh seh yuh mad, I can show yuh likkle madness… Whole a mi friends dem inna trap; whole a mi friends walk wit a strap. Where I’m from, stereotypical to kill a cop…” It’s lyrically strong stuff, delivered in a smart and accessible way. And check the video for another whole layer on top of the lyrical content. The Matrix-esque subliminal messaging is disconcerting and delicious in equal measure.

Program is once again Claye at the top of his game. Musically deft, innovative and inspired, he is a master of arrangement and instrumentation; particularly percussion. But couple this with the melodic composition and his vocal, and the track is elevated to top-class level. Strong, forthright but humble – 2020 just keeps on getting better for this most-exciting of artists.