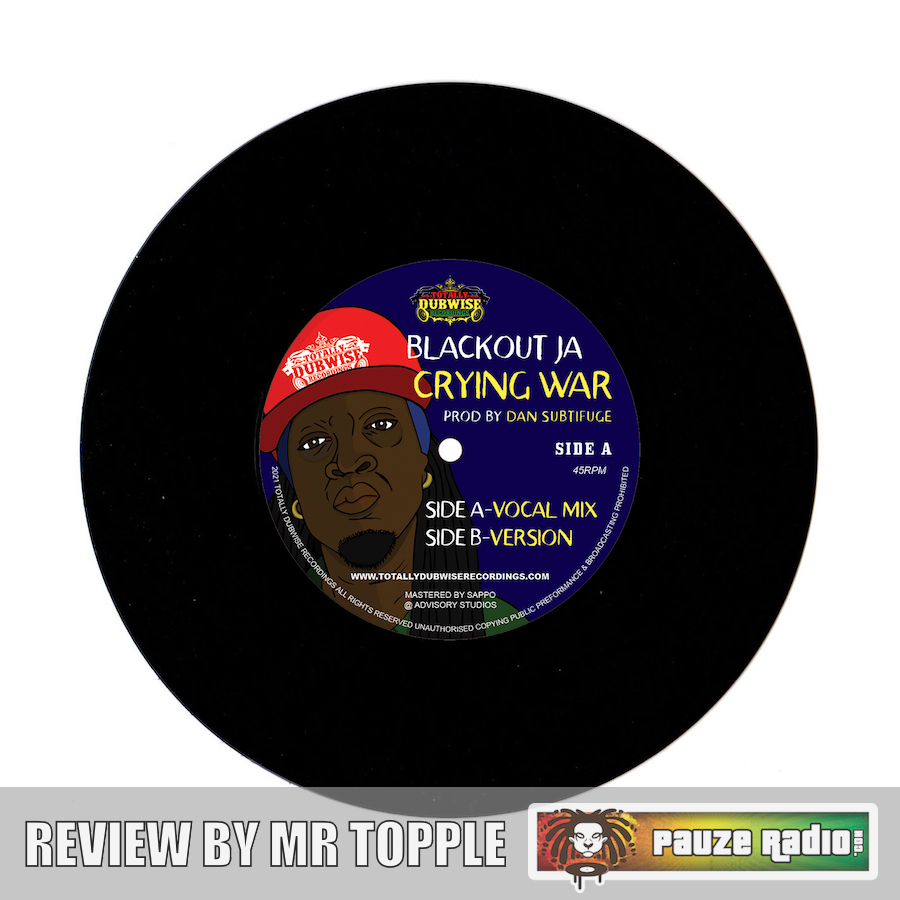 UK-based Totally Dubwise Recordings are back with another sterling effort.  This time, the track features some forthright vocals from Blackout JA and an appealing base riddim.  What more could you ask for?

Blackout JA Crying War, released via Totally Dubwise Recordings, sees Dan Subtifuge and The Grampians construct a timeless yet fresh riddim. The production from them is, as you’d expect, top-notch. The detail of the composition is of a high standard, too – filled with nice detail and some well-placed intricacies.

The basic construction of the composition (the Crying Shame Riddim) uses a plethora of Roots musical devices. Central to this is the bass line. Working around a drop-beat rhythm, it is highly syncopated, using quavers, semiquavers and dotted variations thereof – except when it drops beat three entirely. Of note is that its performance style is slightly picked – meaning that the syncopation feels even more rapid, giving Crying Shame real momentum. What Subtifuge and The Grampians have also done nicely is to melodically arrange it in a pre-Rocksteady style; that it, the bass’s melody is generally formed of arpeggio (broken) chords. Overall, it makes for an instrumental line that’s the track’s central driver. Then, the other instrumentation works on top of this.

Dan Tuffs’ guitars do a persistent, very choppy skank – but one which is juxtaposed with some nice riffing at the end of every four-bar phrase. An electric organ takes the place of keys, performing a persistent bubble rhythm that matches Tuffs’ skank – again breaking into some riffing at points. Both these lines embed the bass’s forward movement. And Mikey Shaw’s drums then cement the feeling of pace further. His hi-hats are on a stable double time rhythm, with the occasional flourishes. The snare hits the two and four with the odd, almost Steppers-like rolls, while the kick is persistent on every beat. This departure from a standard one drop gives Crying Shame a brooding, unsettling feel – further enhanced by Shaw’s rolls across the tom-toms at points.

Subtifuge and The Grampians finish the arrangement with a haunting horn line – effortlessly and sympathetically performed by Chris Butcher. Heavily dampened but also slightly high-passed, he runs a main melody at points across the track; sometimes layered to create harmonic depth. It’s a very effective musical tool – as it creates light and shade across the riddim as it waxes and wanes in intensity. Crying Shame’s basic “Version” is on Side B of the vinyl release.  Overall, it’s a stark and compelling piece of orchestration.  Then enter Blackout JA on Side A to work his magic across Crying War.

He has a fascinating voice: gruff, urgent yet also very melodic; no mean feat, combining these three facets – but he carries the end result off well. He opens with an almost Skat-like improv across a dotted rhythm matching the horns. After this, Blackout JA never lets up. Rhythmically, he gradually increases his performance in intensity across the first verse – starting off by working around quavers, then dotting these with semiquavers at the end. The second verse then really takes off, as he mixes up the rhythmic arrangement to create something heavily syncopated. The chorus is also rhythmically detailed, plus when the horns come back in, so does his Skat-singing. Melodically, Blackout JA also builds the complexity as the track progresses – starting off by hovering around the middle of his vocal range before expanding it out, up and down. His overall performance is consistently forceful, which marries with his lyrics about how we are, and have always been, in a perpetual state of war against the system and its proponents. It’s stirring and affecting stuff – not least because of Blackout JA’s musical and lyrical synergy with the vibe of the composition.

Crying War is a solid release from Totally Dubwise. Subtifuge and The Grampians have built a well-thought out basic riddim, which understands the concept of ‘less is more’, well.  Blackout JA has taken this and run with it – giving a compelling performance. This leaves the whole vinyl a worthwhile addition to anyone’s catalogue. Strong works. 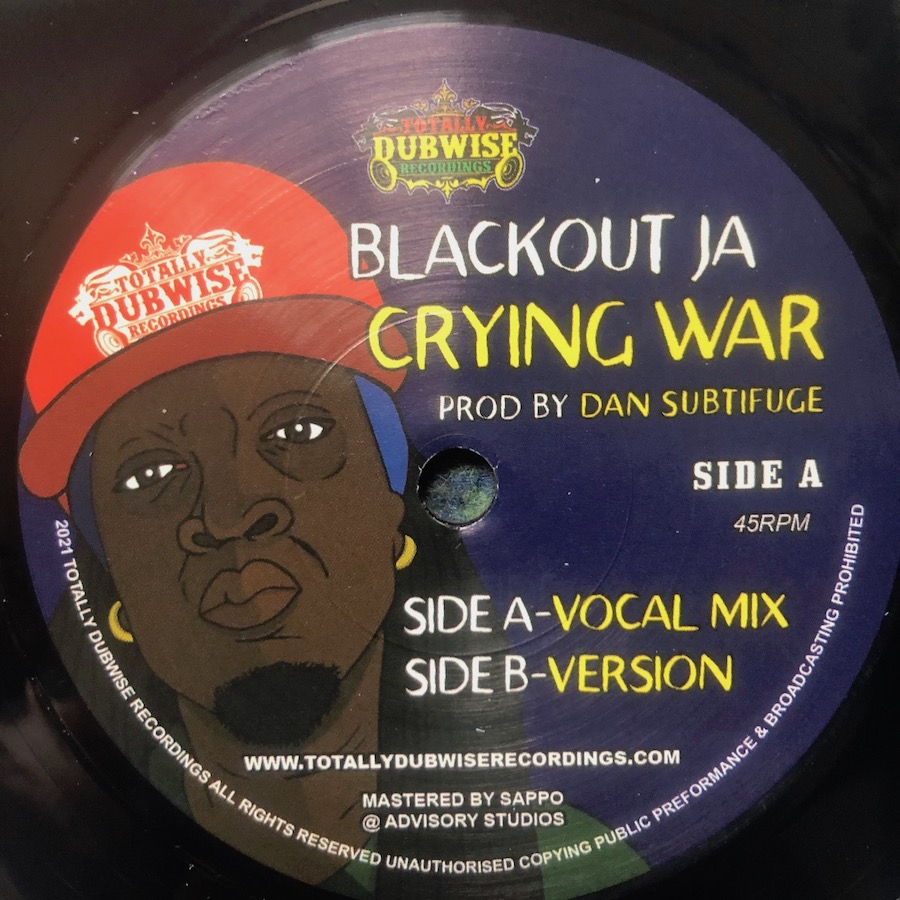