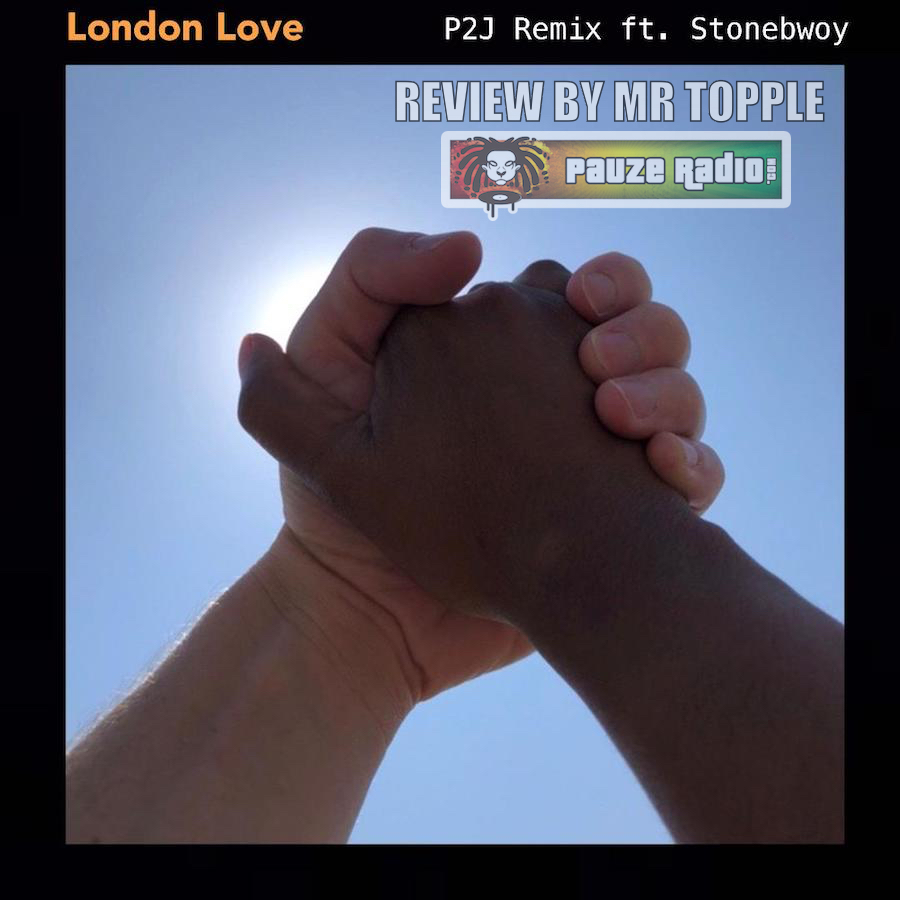 After clocking up hundreds of thousands of streams with a Neo Soul 2019 hit, musical duo Weslee are back with a fresh remix of it – featuring none other than AfroDancehall royalty Stonebwoy.

Weslee London Love (P2J & Stonebwoy Remix), sees producer P2J take the remix helm. While the rudimental elements of the track have stayed the same (chord progressions, BPM and the main melody), P2J has given the song new life, in the form of an Afrobeats-meets-Soca reimagining – fitting of the guest artist, but also the musical inferences of the original cut.

It opens with dampened electric keys running chords which are mimicked by some nicely vibrato’d synth horns. They set the modern tone well, before the track kicks in proper. In some respects, the percussion is the driving force. On the first verse, hi-hats and a rim-clicked snare run an intricate sequence: the latter focusing on the offbeats before striking the final four, while the hi-hats gently fill the breathing space in between. The inclusion of a shaker adds some buoyancy the upper kHz and additional bongos (or possibly djembe synths) tinker in and out. Then, the bass is rich and rounded – running a syncopated riff which jumps up and down. The keys and synth horns still run those chord progressions, and it all makes for a rich yet light opening.

But, what P2J has done so interestingly (and well) is to take the idea of the stuttering, offbeat Afrobeats vibe and run away with it. Because the bass, keys and horns all miss the first beat of the bar (‘dropping the one’). Instead, they play catch-up, coming in on the offbeat after it, before realigning themselves by the end of the bar. It’s a clever device, which makes for an edgy vibe. But it also paves the way for the chorus and the rest of the track.

Due to the one drop on the verse, the chorus has the effect of almost being a drop when it comes in. Because after some kette rolls, the kick finally enters – driving London Love forward with it’s punchy, every-beat arrangement. This draws the ear away from the bass, keys and horns (which are still avoiding the one). Hi-hats also then become more rhythmically uniform and when combined with the snare and the kick almost have a winding, Soca feel about them.

Then, the keys and horns fade away for part of the second verse, replaced with a lilting acoustic guitar which controls the chord progressions; running a countermelody which at times uses the same melodic motif as the main one. But the keys and horns soon return; there’s also a clever use of male choral voice synths, adding additional depth to the bass and kick; a woodwind synth flutters in the background – and the end result is a lush Afrobeats vibe laced with some Soca rhythmic flavours. Also, the overall melody should be noted as a credit to Weslee’s producer Josh Grant, as it’s infectious and memorable – and the two artists make good use of it.

Emma DD is a pleasing vocalist. She has a thoroughly effortless timbre and delivery, gliding across the beat like it’s no trouble at all to do so. But she also has a decent range, maintaining it all in chest voice but with the ability to change dynamics effectively while still in it. The occasional drift into her head voice therefore is more punctuated, and works well. Stonebwoy is, of course, Stonebwoy – on point and on fire. Taking his signature style, here he runs some nicely intricate rhythmic patterns while giving an expressive vocal performance which has plenty of light and shade. He soars across his range – and his more forthright tone and delivery complements Emma DD’s carefree one well.

Weslee London Love (P2J & Stonebwoy Remix) is a smart and interesting take on the original. P2J has picked up on the background Afrobeats devices that were in the first cut, and intricately expanded up and to the side with them. The stuttering arrangement is particularly clever (and bold); Emma DD and Stonebwoy are a perfect match – and the whole thing is a quality, refreshing track that is infinitely playable. One for heavy radio rotation.