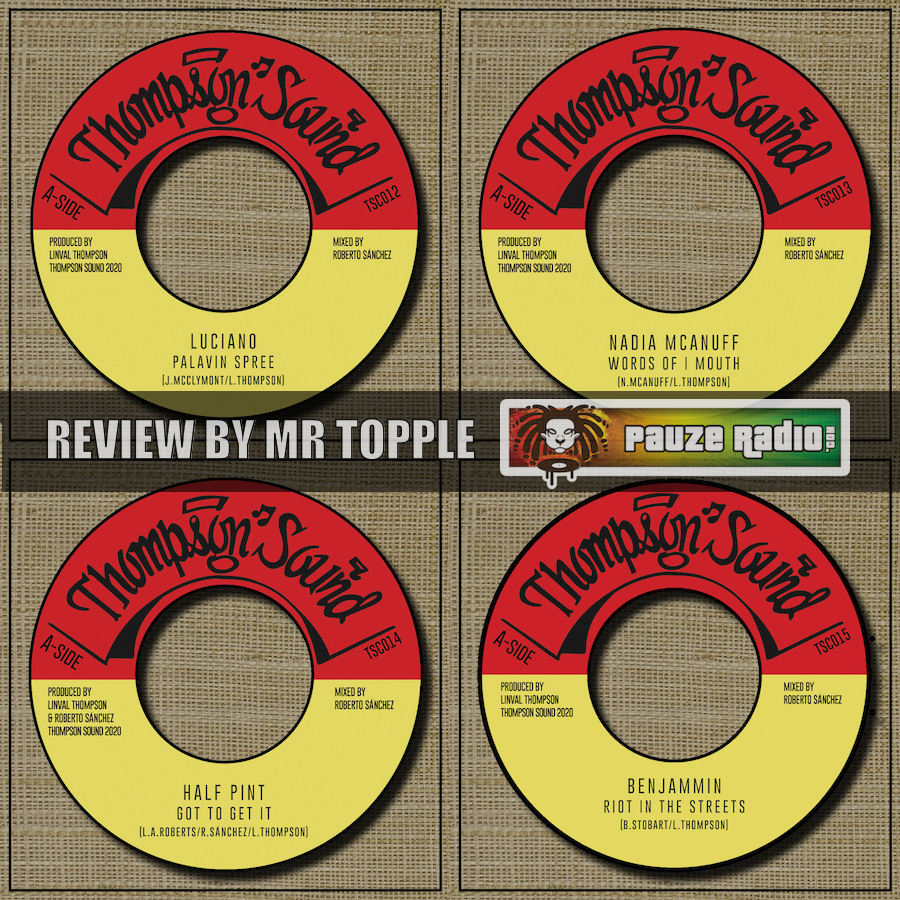 You can’t beat a classic riddim. Or, in the case of Thompson Sound’s recent release, two plus a brand new one. Because the veteran label has dropped a brilliant reimagining of some legendary beats.

The four 7” vinyl (available here), released via Thompson Sound and distributed by A-Lone Productions, sees label founder Linval Thompson revisit two, legendary Channel One riddims. Plus, he’s teamed up with A-Lone’s Roberto Sánchez to bring something fresh to the compositions, too. Of course, Thompson was responsible for the original cuts back in the late 70s. So, who better to bring them back for the 21st century?

The first 7” is Palavin Spree from Luciano. The track is based on the Channel One riddims Jah Jah Dreader Then Dread. The original riddim was completely of its time: Thompson mixed Roots sensibilities with some distinctly Rock and then Funky Soul overtones, to create a brooding and unsettling piece of work. Here, the original riddim is the foundation – then Sánchez delivers some tweaks. The bass is slightly more low-passed, delivering a richer and rounded sound across its tight syncopation. Its dB level has been engineered down a touch, too – moving away from the top-heavy sound of the original. Sánchez has done the same with the funky guitars, creating a more balanced sound – while the drums retain their prominence. Keys still tinker in the background, and additional decay, compression and reverb across a snare brings a new touch of Dub to the track. And this sympathetic approach from Sánchez allows Luciano’s vocal to take centre stage. He delivers a confident yet delicate performance – precise in its notation and enunciation, with some delicious call and response backing vocals. Luciano’s skill as a performer shows, as his fairly rapid and syncopated performance fits the momentum of the riddim perfectly.

Side B features a Dub version. Without giving too much away, Sánchez has taken the original and thoroughly mashed it up – with additional breaks, a heavy and heady dose of reverb and some ingenious use of decay and compression. Well worth a listen. Available in our vinyl shop here.

Next, and the Jah Jah Dreader… Riddim features again on the second 7”, but this time with Nadia McAnuff at the vocal helm across Words Of I Mouth. Her version is poles apart from Luciano’s. She delivers a smoother, more elongated performance – almost breathless in its nature and delicate in its timbre. Sánchez has added sympathetic reverb to her vocal: haunting and stretched out. Her vocal range is strong, flipping up into a mid-high soprano and then dipping down into her lower register – all the time maintaining a soft chest voice. She also employs some lovely glissando between notes, filling in the semitones competently. Plus, you’d barely notice but the BPM has actually increased by the lightest of touches to compensate for McAnuff’s more flowing vocal. It’s thoroughly gorgeous, and again Side B features a pared-back Dub version. Available in our vinyl shop here.

The third 7” is Got To Get It, from Half Pint and featuring Thompson and Sánchez’s new Get It Riddim. It’s a clever composition, feeling completely in-place and of the time of the other two riddims featured across the releases. Sánchez’s skill at engineering is apparent from the off, as it has been done to fit perfectly with the other riddims – even to the point where the scratchy timbre of the vinyl originals has been slightly recreated. Musically, it’s firmly grounded in Roots: keys run a bubble rhythm with additional syncopation across the treble clef at points; djembe/bongos flutter against the drums which run a one drop, with similar cymbal rolls to Jah Jah Dreader… Funky electric guitars riff in and out as a counterpoint to the main melody. Get It Riddim’s bass is also in keeping with the other 7”s, as it runs a syncopated and melodically winding riff, with a rich and resonant sound. There’s a wonderful use of a melodica, occasionally running its own melody across the track. And that reverbed, decayed and compresses snare features as a touchstone to the previous records. Pint is on-point, too. He delivers a nicely forthright performance, making good use of rhythmic repetition across the verses, before embellishing these for increased urgency as the track progresses. He glides across his broad vocal range, going up into a high tenor at points. Pint’s gravely and husky voices fits perfectly with the old skool feel of the riddim. And the chorus has been very cleverly done, being instantly memorable. Overall, it’s a smart and inspired track – harking back to the days of its cousins across the other releases, and Side B’s Dub is equally strong. Nicely done. Available in our vinyl shop here.

Lastly, Benjamin comes on board for Riot In The Streets on the fourth 7” of the collection, which uses the Mr. Bassie Riddim. This in itself has been worked, reworked and then reworked again over the years – to the point where sometimes it’s barely recognisable. So here, Thompson and Sánchez have taken it back to its bare bones. The bass and guitar provide the signature melody that the riddim is known for, with additional, funky riffing from the latter across the track. Keys run a bubble rhythm, with some nice additional treble clef runs and the drums runs a persistent one drop. Sánchez had added that engineered snare again, so as the continuity continues between the four 7”s. But here, the final cut has more focus on the bass than on the previous tracks, with guitars being secondary and the keys almost out of earshot (much like Jah Jah Dreader…). Overall, it’s positive to hear the Mr. Bassie Riddim back in its original Channel One riddims form after so many reimaginings. And Benjamin finishes off Thompson and Sánchez’s production well. He is pensive and cautious in his approach, much like the brooding nature of the riddim. He makes very good use of clipping his syllables to hammer-home the lyrics. His use of rhythm is restrained, not allowing himself to run away with complex patterns and runs – instead allowing the lyrics to speak for themselves. Benjamin delivers an unapologetically passive-aggressive performance, fitting the warnings of the lyrics well. Again, Side B has a glorious Dub version that fits with the overall sound Thompson and Sánchez were clearly aiming for, well. Available in our vinyl shop here.

The four 7” records are extremely well-done from the two super-producers. Sympathetic to the originals, Sánchez’s trademark hand is all over them – lifting the sound from the vinyl and Channel One riddim era to the streaming one with ease, without losing any authenticity. The new riddim is a masterstroke, sounding like it had been composed decades ago and then brought up to date. The artists’ performances are all powerful, and overall, the collection is a must-have for any Roots connoisseur. All Thompson Sound vinyl available in our vinyl shop here. 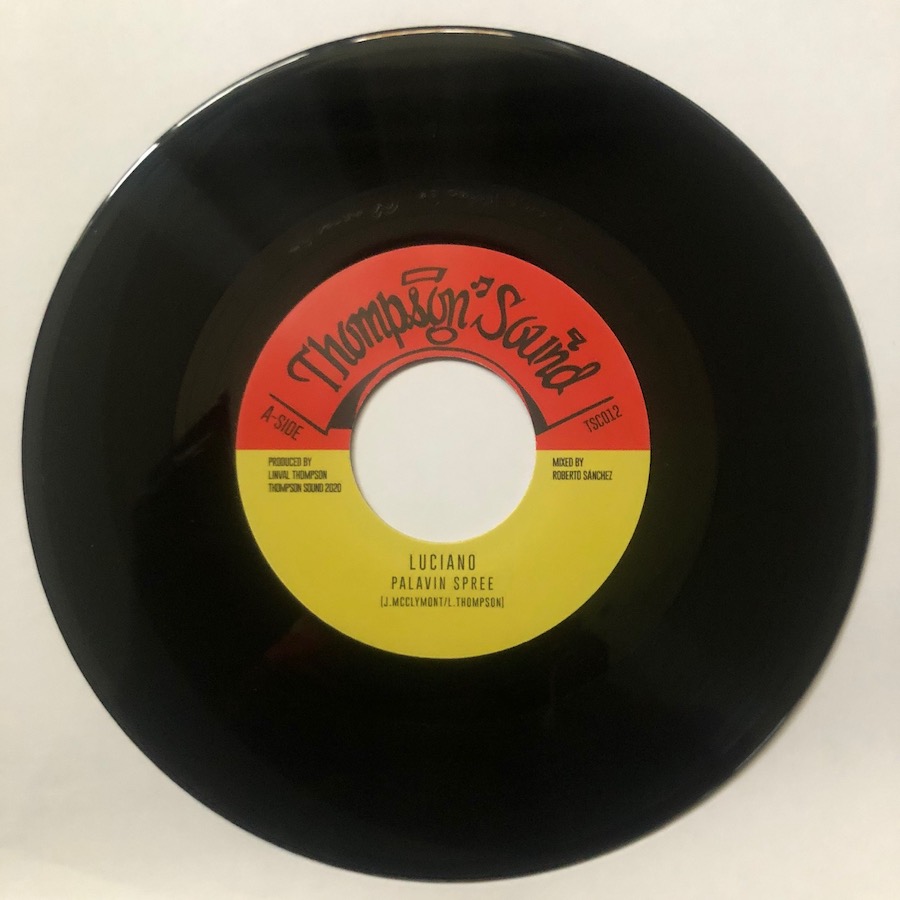 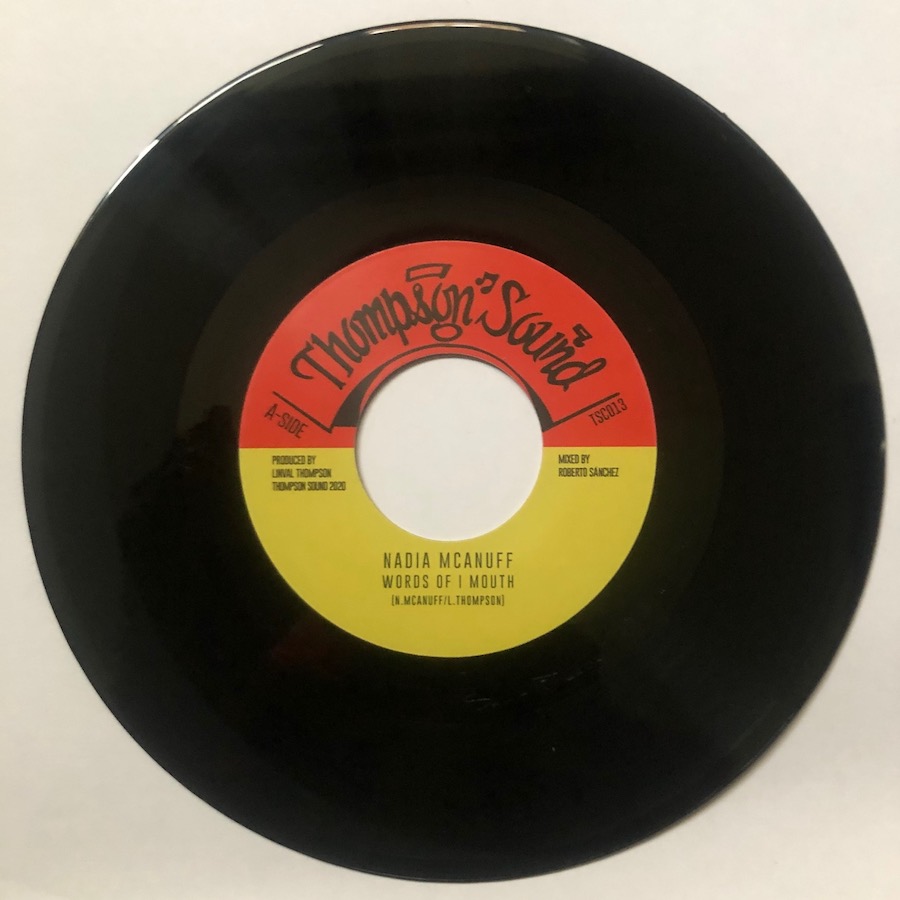