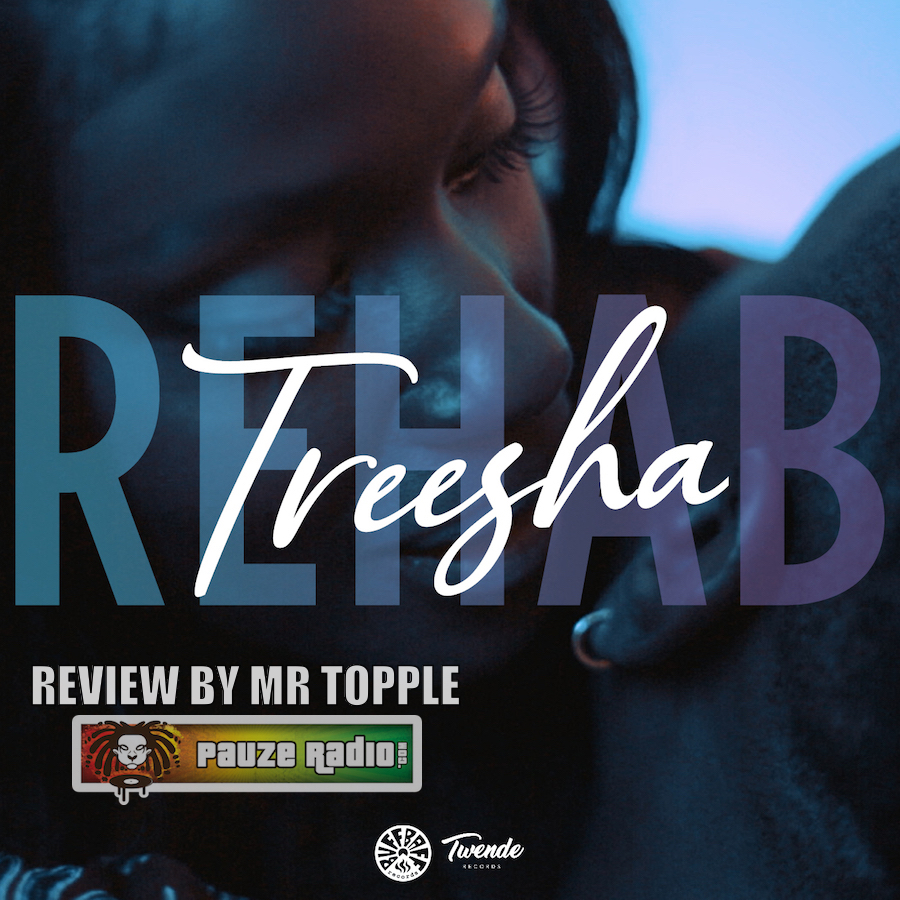 It would seem obvious that much of Rihanna’s back catalogue would lend itself to Reggae and Dancehall. But to pull it off well would be no mean feat. Fortunately, we have Treesha on hand to show us how to do it with style and flair.

Treesha Rehab, released via BuffBaff Records, sees her once again team up with the label after their successful 2020 cover of Eternal’s Angel of Mine. The backstory to the track is as fascinating as the finished result: Treesha heard the riddim on BuffBaff’s live Twitch session and immediately realised it would fit perfectly to the Rihanna classic. So, the new Rehab was born. And the end result is a cleverly arranged and fresh reimagining of RiRi’s original.

BuffBaff and Treesha’s overall focus is on rich, intricate Reggae. The opening is somewhat unexpected, actually – with a bold, brash, almost Funky Soul sequence of dotted note chords across the instrumentation with the last note being staccato, then a final grandiose flourish before everything strips away and Rehab begins proper.

There are some overly Reggae devices used throughout across the rhythm section – but these are juxtaposed with some very clever additional pieces of arrangement. Stark, tinny keys run a relentless bubble rhythm, with little variation from this. Its staccato notes create an unsettling vibe, fitting with the song’s theme and minor key. Meanwhile, the bass is smartly arranged to play into this. Across the first half of the first verse, it is absent; then it merely runs semibreves – before branching out into a drop-beat rhythm which skips the third entirely; melodically working around its own riff (as opposed to arpeggio chords). Its final melody nicely nods to Rihanna’s original, with its first quavers echoing her timpani/kick’s semiquavers.

Then, an electric guitar runs a rapid, double time skank – and just to add to that brooding vibe, it enters originally across heavy compression and dampening, before the decay is lifted so it becomes clearer. And the drums finish the rhythm section off. Interestingly, they avoid a one drop – instead with the kick hitting the downbeats, the snare dealing with the ups and the hi-hats running double time. The occasional flourishes and rolls at the end of each fourth bar finish off the Reggae vibes perfectly. Then, BuffBaff and Treesha’s additional instrumentation has not only brought Rehab to life but also respectfully paid some homage to the original.

There’s a delicious use of a clavichord across the track – working around in its lower register (almost sounding like a wah-wah’d guitar) running a similar motif to the bass and feeling like the left hand of the piano in the original. A throwback-feel synth horn line runs a countermelody across the choruses – which borrows the melody from the verses and does a brief call and response with a synth space ship gun sound. A brilliant use of blocks reimagines the signature timpani/kick’s four semiquaver pattern from Rihanna’s original (those knocks after RiRi says “shoulda never let you enter my door”) – which the dampened electric guitar also mimics. Also drawing on the original is the string arrangement, which comes into play later in the track. Gone are the ‘under the influence’ glissandos and flowing, fluid line; replaced with something punchier, more syncopated and brilliantly arranged as a counterpoint to Treesha’s vocal – answering her calls at points. The sparse but pointed use of an electric organ also works very well – and overall, Rehab is a musically fresh and inventive take on the original.

Treesha meanwhile is on-point as always. Her crisp yet emotive vocal suits the track perfectly, as she winds around Rihanna’s fairly complex and technically challenging melody with ease – never dropping a note nor the enunciation. Her improv sections expand far further than RiRi’s original – showing her skill well, notably the runs and the lack of reliance on her original. But credit must also be given to Treesha for two other things. Firstly, the entire new bridge is a creation of her own – from arranging BuffBaff’s riddim to fit it, to new lyrics and a new melody. It merges perfectly with this Reggae reimagining of the original and in no way feels out of place. Treesha has also dropped the second part of Rihanna’s original bridge, which works to give Rehab more momentum.

Secondly, the backing vocal arrangement and performance have also been done by her. She’s moved far further forward with this than producer Timbaland and Rihanna did with the original, which focused mostly on straight harmonic accompaniment. Here, Treesha has created an arrangement which is undeniably more complex – mixing elements of straight harmonic accompaniment, call and response patterns and separate lines. It works very well. She also shows her vocal range across these, soaring up into a fairly high soprano with ease.

Rehab is a strong offering from BuffBaff and Treesha. They’ve shown how to cleverly take an RnB classic and transform it into Reggae, while remaining respectful and sympathetic to the original. Treesha is vocally delightful – but moreover, the track shows her composition and production abilities far beyond just vocal performance and lyric writing. Sterling work – and if it’s not on people’s playlists, it needs to be.