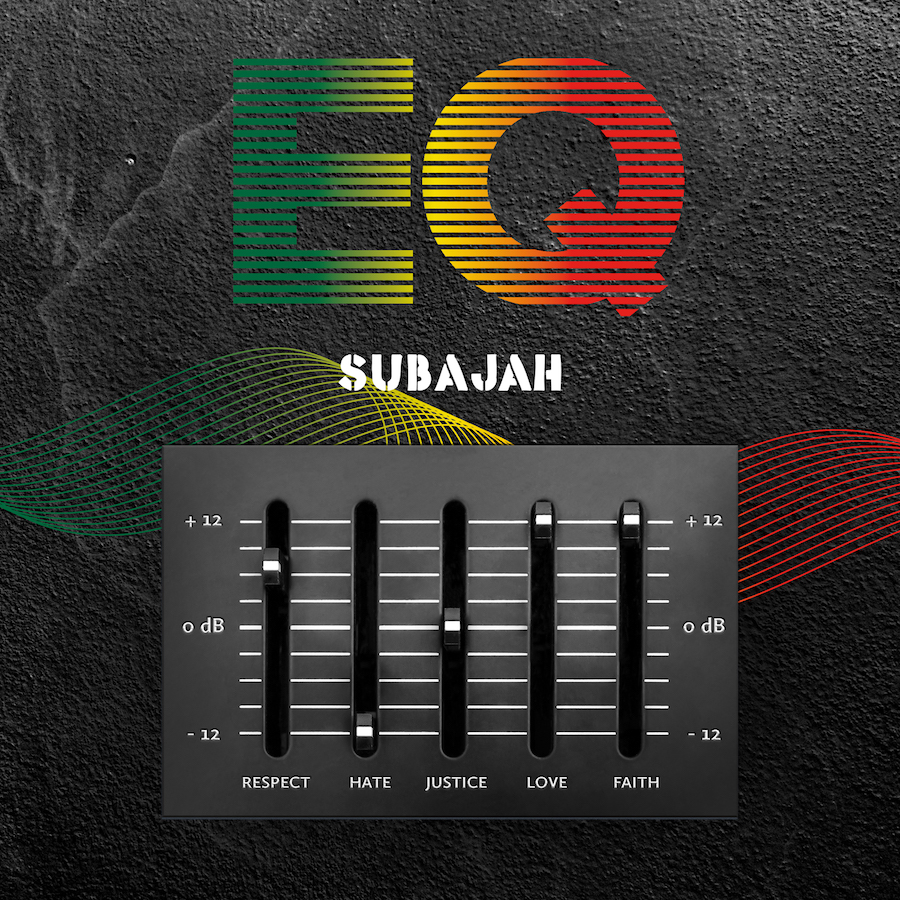 London-based Subajah calls for society to be ‘equalised’ with his new musical cry for justice against Grenfell’s backdrop.

Soulful Reggae artist Subajah’s striking new track is a protest cry for justice, equity and a society that works for everyone – with an equally inspired and message-laden video to match. It’s a clever concept that musically and lyrically shows this seasoned artist at the peak of his powers.

EQ is set to be released on 11 September 2021 by Subajah’s Dashen Records. The French-born, London based artist has never shied away from bringing important and resonant messages to his music. From his 2017 album Architect to 2020’s single Back 2 Da Future, Subajah is one of the most exciting and endearing artists to emerge in recent years. And with EQ, he continues on his inspiring trajectory.

It’s a classic, haunting Roots Reggae track with a signature piano ‘bubble rhythm’ line, a winding bass, ominous drums and whining electric guitar. The evocative arrangement brings home the urgency and pertinent message of the track. Produced and mixed by Subajah himself, it also features the talents of The Architects Band. The song was originally composed by Tenja from UK-based Roots group Dubheart – and he also lends his heavyweight talents to the searing guitar line.

“EQ is another gorgeously-arranged, expertly produced and well-executed release from the ever-pleasing Subajah. The rich musical Roots backdrop is brilliantly offset by Tenja’s unnerving and emotive guitar line, which elevates EQ way above standard Roots fayre. Then, Subajah uses his substantial vocal skill to provide a performance that is filled with light and shade. The end result is a moving and thought-provoking affair that lingers in the mind” – Mr Topple for Pauzeradio

But as well as a strong musical base, EQ’s message is equally pertinent. Subajah said of EQ:

“The idea behind the title is a reference to the musical term EQ (short for equaliser): used to balance and adjust frequency levels within a song in order to make it sound better. Here, I refer to the need for our world to be “equalised”, to better our society. The frequencies are our fundamentals, material and immaterial. Adjust the scale so that, for instance, the few rich ones share some of the wealth with the many poor. The balance needs to be adjusted on so many levels.

“Equal rights and justice are really what this is about, what I and I stand for. The few power-greedy make decisions for the many only in their best interest. “Our suffering is still feeding their elite”. As stated in the song, “a few against many should not be a problem”. This is only possible if the many realise the extent of the iniquity. The song is a call for justice and balance in regards to the basics too – as visible on the cover. More love and less hate, more respect and faith in humanity, in the basic values that can bring us together. This song is also a tribute to the freedom fighters and all those who fight the system; those who gave their lives to expose the system”.

The video then finishes the track’s heartfelt message off perfectly. Set in and around the area of the Grenfell Tower disaster that killed 72 people due to the system’s systemic failures – the visuals are interspersed with images of Black Lives Matter protests; climate chaos; immigration controls and a clever, large-scale game of chess – metaphorically signalling the ‘game’ the system and its proponents force us all to play.

EQ is a searing and affecting return from Subajah. Thought-provoking, it is sure to resonate with many people whose lives are depicted in the track. And it’s also sure to continue Subajah’s crucial relevance in modern Roots music.

Download or stream EQ on iTunes or Spotify here.