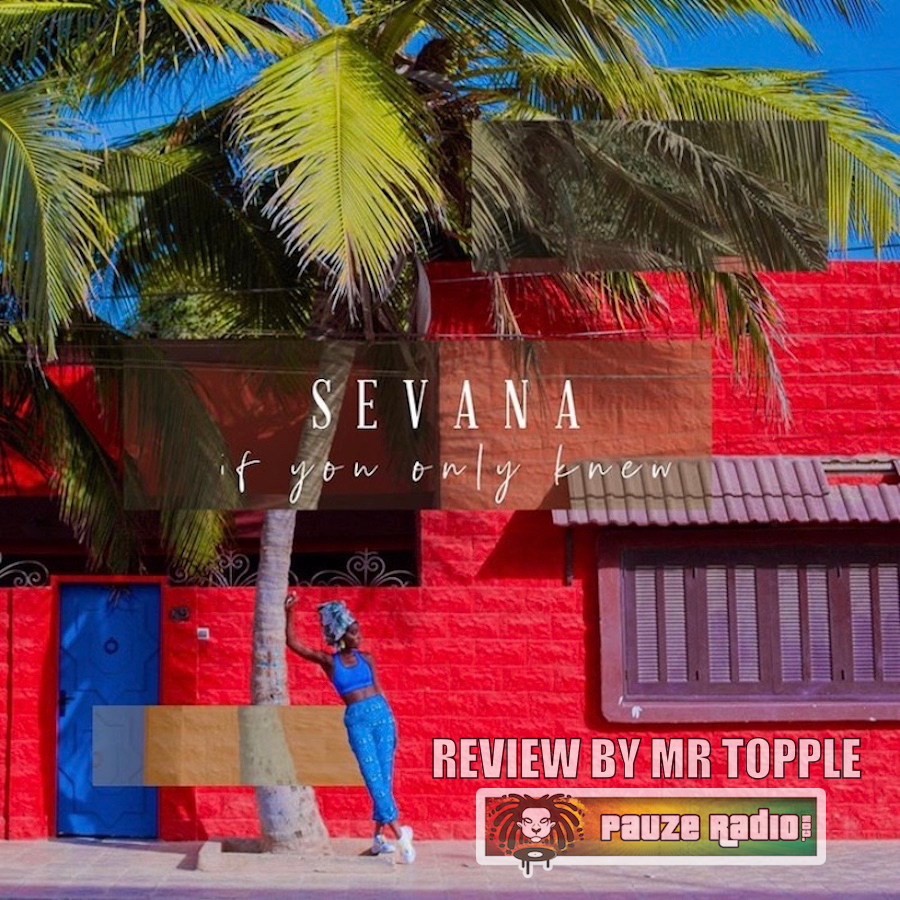 Sevana – If You Only Knew – Review

Sevana: If You Only Knew Single Review by Mr Topple for Pauzeradio.com.

Hot-on-the-heels of label mate Lila Iké’s debut EP, The ExPerience, Sevana is back with her first new cut of 2020. And if the track is anything to go by, it may well be a seminal year for Protoje and Co.

Sevana If You Only Knew, released via In.Digg.Nation Collective and RCA Records/Sony Music Entertainment, sees the ‘Siren’ team up with Kelsey González of Free Nationals and Oje Ollivierre. It is an exceptionally classy affair: stripped back yet intricate, the fine attention to detail elevating this way beyond standard Roots.

What’s so clever about it is that compositionally it doesn’t try too hard. When you break If You Only Knew down, on the face of it, it’s a rudimentary Roots tracks with all the conventional mechanisms in place. Electric guitars assume the role of keys, performing the classic, offbeat bubble rhythm. The bass is syncopated, working on a one drop rhythm that utilises the root triad chords. Drums go above a traditional Roots arrangement: instead of just dropping the one, much of the time they drop the main beats altogether on the verses, with the snare, tom-toms and hi-hats focusing on semiquaver rhythms around the offs. They’re perhaps the most obvious move away from the genre, and Greg Paul does a sterling job, especially with the complex rolls on the final beat of each bar, which vary throughout and serve as a nod to a slow BPM – when the track actually feels quite pacey. His frantic bridge is also something to behold. And a shaker just out of earshot, too, is a lovely touch. Then, additional electric guitars perform a countermelody that winds in and out – almost assuming the role of a backing vocalist. Overall, it’s cleverly yet sparsely constructed, with a highly memorable chorus to boot.

But it’s the sheer quality of the musicians which take If You Only Knew to higher plains. And this in turn brings in additional influences from other genres.

González’s bass is the centre piece of this. It’s the track’s driving force, not least because of the engineering by him and Itai Shapira, and mastering by Chris Gehringer, which have given it comfortable, but not overbearing, prominence. But González is clearly a skilled musician, as it’s his technique which also cements its role. He seems to use a pick, as opposed to fingers, which serves several purposes. Firstly, it removes some of the smoothness of the bass, giving it an edgy feel and creating more staccato notes at points. Secondly, this technique (due to the hand resting on the redundant strings) means only the intended notes sound. All this in turn leads to the feeling of momentum across the track. It’s glorious to hear such skill in a bass, and refreshing to also auditorily observe this technique applied to Reggae. Of course, it should be expected from González, given Free National’s Funky Soul roots.

Then enter Vicky Nguyen’s Wurlitzer, another joy and more nodding to If You Only Knew’s Soul origins. Its use is unfussy – working around root chords, but with the delicateness needed from Nguyen to create a mild vibrato and sheer resonance. Paul’s drums also showcase his skill, as the intricate, stuttering, offbeat rhythm is no mean feat to achieve and maintain – but he does so with metronomic precision.

Back to González, and his bubble-rhythming guitars have almost a Surf Rock feel about them, with some elongated use of tremolo and that slightly raspy yet still delicate timbre, probably created through tinkering with the mid and treble on the amp. Add in Ramon Ginton’s contradictory additional guitars, which have more focus on the bass of the amp to create a warmer, richer sound – and these delicious juxtapositions add depth the arrangement.

Sevana If You Only Knew is a wonderful showcase of talented musicians. And the Siren herself is the icing on the cake.

Sevana is an extremely gifted artist. Not least among these talents is her voice. Instantly recognisable, it sits somewhere between sultry Jazz and classic Soul, with all the technical ability found in both genres. Her voice is equally as comfortable in a mid-alto range as it is in an upper soprano, utilising both her chest and head voices in the latter – and gliding seamlessly between the two, not least while doing fairly complex downward runs. But she is undoubtedly an alto by definition, as the rich and resonant timbre to her voice comes at you in waves out of your headphones.

But Sevana’s sitting between Jazz and Soul is most apparent in her delivery and performance. Beginning in an airy, smoky and sensual tone, her dynamics build as the track progresses, and micro-build during the choruses. With this, her enunciation also becomes more clipped and her vocal runs more precise and pointed – leading to an open-chested, soaring bridge where Sevana releases the full potential of her voice. There’s something of the Ms Carey (check The Wind from her 1991 album Emotions) in the way Sevana structures her performance across the track. The result is a package delivered by an artist with depth and power well beyond her age, but certainly not beyond her capabilities. And it would be remiss not to hat-tip the accompanying video, produced solely by her and filmmaker Yoram Savion. It’s a perfectly pitched accompaniment to the song.

If You Only Know is sheer elegance and musical skill personified. Sevana and her team have shown what can be done when an unpretentious composition and arrangement is put in the hands of extremely gifted artists. It is just absolute class, and cements her as an artist who transcends the boundaries of Roots into the Jazz and Soul arenas. Breathtakingly good and one of this year’s best releases so far.