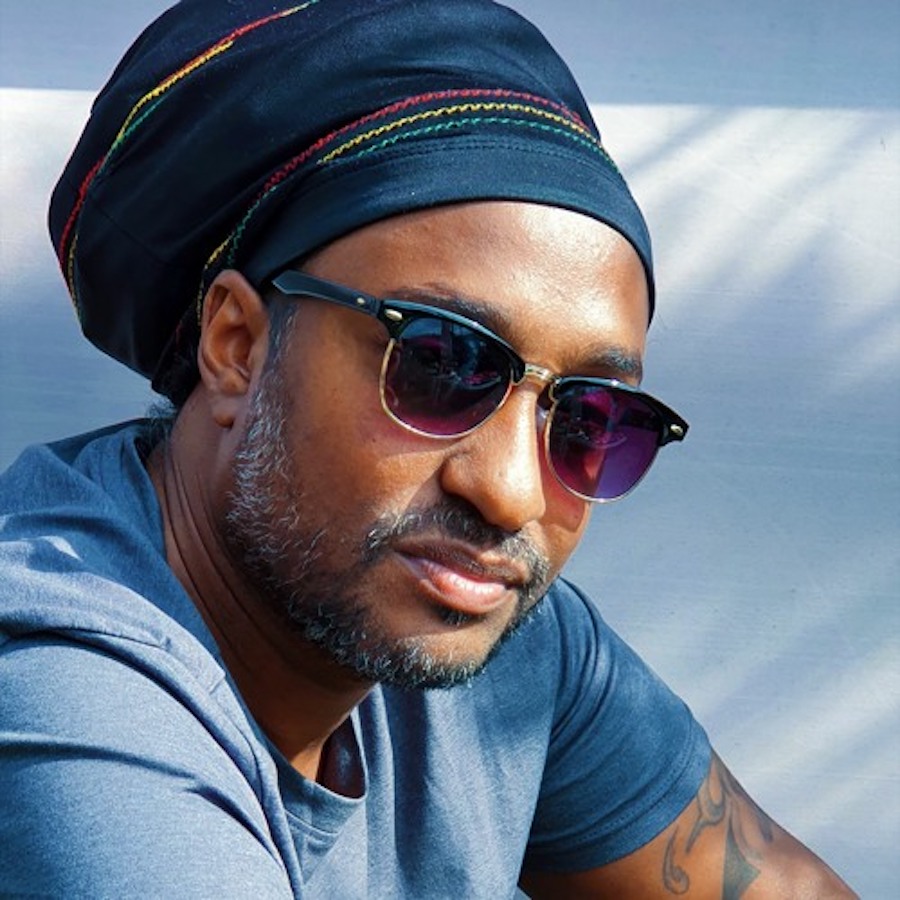 Of all the artists to emerge in recent years from Jamaican Reggae culture, Sevad has to be one of the more interesting. Musically diverse, lyrically gifted and with a talent for production that is inventive and intuitive – his journey to this point is equally as fascinating as the artist himself.

Sevad, given name Steven Davis, was born in 1977 in Jamaica. His mother Margaret raised Sevad on her own – and tried to give her son a comfortable life. But poverty was never to far from the family’s door. Yet still, Margaret was a committed church-goer, being the leader of her local choir. It was this talent that mother passed onto son – teaching Sevad how to sing and play the piano. He calls her his “musical inspiration at home”.

His early years were filled with music. His mother was a fan of Soul, and Sevad grew up with the sounds of Sam Cooke, Nina Simone, Marvin Gaye, and everything Motown. But despite his mother’s support and training, even the road to artistic fulfilment was not easy for Sevad.

He says:
“My love for music brought me to undertake this journey – but I stuttered very badly as a child. Yet I found that when I sang, I didn’t stutter. So, I used to sing instead of speaking – and that caused people to always ask my mother if I could sing at their parties and events. And to me, it was so natural for me to entertain that I can’t see myself doing anything else”.

So, Sevad began exploring music for himself – which conversely led to him discovering his Rastafari faith. He began listening to foundation Reggae artists – from Bob Marley to Dennis Brown. He also actively sought out the Reggae community in Jamaica – often attending musician sessions. Sevad was particularly drawn to the late, great Garnett Silk – often attending his shows. But the tragic and untimely passing of this legend in 1994 made Sevad more determined to pursue his musical dreams.

He soon became lead singer of the Step By Step Band – and performed with them across Jamaica, at events and festivals like Rebel Salute. Soon, Sevad began to get noticed – and his debut single quickly followed. It’s Time gained him some attention, and soon he created his own record label, Sevad Music House Records, which is still going strong to this day.

2014 saw Sevad release his debut album, Everyday Is Like Valentine, along with its first single Addicted. The latter attracted a lot of attention, getting airplay across Jamaica and beyond, and seeing its accompanying video premiered on prime-time Jamaican show the Entertainment Report. Addicted is still played around the globe to this day.

But Sevad’s pivotal moment was his 2020 album, Black Man’s Government. It saw the artist branch out well beyond Reggae, into numerous other genres inspired by it. The album also delivered searing political and social messages. Mr Topple for Pauzeradio said of the project:
“Black Man’s Government is a potent, conscious affair, taking numerous genres and styles and mashing them up to create an inspired project… [it] makes for fascinating listening.

The use of musical devices and influences from across the spectrum of Roots-inspired genres is worthy of a major label. There are delicious elements on every track, often taking you by surprise. And the album’s lyrical and thematic construction is top-class… Sevad’s poetic yet stark lyrics give repeated pause for thought. Moreover, Sevad is a skilled vocalist, who has a naturally rich and compelling sound, along with intuitive phrasing and rhythm. Black Man’s Government is a hidden gem of an album”.

After the critical success of Black Man’s Government, The Message EP followed – further showcasing Sevad’s artistic growth and talents. And now, in 2022 he is set to release his brand-new album The Revolution.

Mr Topple from Pauzeradio said of the project:
“It’s musically exquisite and groundbreaking, lyrically damning and with the production and engineering aural aesthetics of a major label. The Revolution is Sevad’s seminal work – elevating his status to one of the most exciting talents to appear in recent years. A force to watch – and an album to immerse yourself in”.

Sevad has become an enduring talent: fearless, innovative and naturally progressive. But behind his love of the music and culture lies a real desire to change things in society and the world more broadly. Much of this is driven by his faith, but also by his world-view. These factors always have, and will continue to, shape Sevad as an artist.

He says:
“My motivation is the people, I believe that I was put on this earth to teach and uplift the people, I am ordained to deliver the innocent from the evil, the sheep from the wolves, I am the shepherd for God’s people. I hope to reach a wider audience and to become what I was destined to be: a leader, a shepherd for the people”.

There’s no doubting Sevad is one of the more exciting artists of recent times. His continued musical growth coupled with his intuitive lyricism have seen him break new ground both personally and professionally. He is a creative force to be reckoned with in the music industry – and is surely set to continue to enamour audiences worldwide.