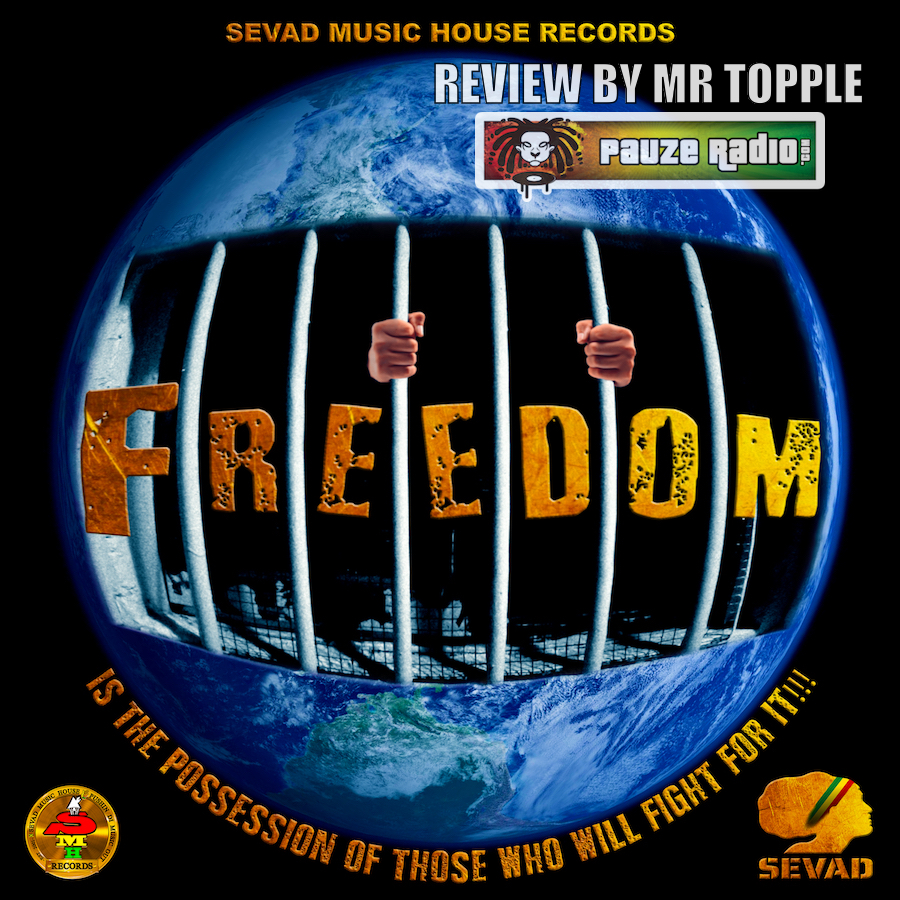 After the success of his 2020 album Black Man’s Government, Sevad has returned to his genre-defying style of music. And with his latest release, he’s cleverly fused various styles to deliver a powerful message for our times.

Sevad Freedom, released via Sevad Music House Records, sees this up-and-coming artist tread a deft and emotive line between Trap (similar to Drill in the UK) and RnB. Sevad has dramatically improved his production skills since Black Man’s Government, with the quality of the final mix and master being on-a-par with many major labels. This increase in standard allows the ear and the mind to then fully appreciate the musical and lyrical deftness that he brings to his craft.

With this track, less is definitely more and Sevad has shown real restraint across the composition. But coupled with that is a high level of detail in the instrumentation he has used. The piano line is undoubtedly the central focus. Interestingly, Sevad said he composed this element of Freedom several years ago, and then built the rest of the track around it. It’s a distinctly RnB affair – mixing two main styles of composition. First, it runs a stripped back line where the right hand focuses on chords across semibreves/breves and the left does a delicate melody. Sevad has used this part on the main chorus at times. Then, a second arrangement sees the piano lilt a haunting melody which works further up the treble clef on the verses. But from here, Sevad has then applied the piano at different points across Freedom – at times, cutting it out entirely and at others bringing one of the two elements back in. And at the end, he’s mixed it up – taking the higher pitched line previously used on the verses to augment the final chorus. What Sevad has done with the two different piano parts, however, is create to different vibes. The semibreve/breve-led, stripped back main chorus accompaniment is sombre, almost mournful. But then its counterpart high up the treble clef feels more uplifted. It’s a smart musical trick, and ending with the latter on the final chorus works well.

Then, across the other instrumentation the RnB vibes are lost as Trap comes to the fore. Freedom’s bass is straight out of the genre’s playbook. He’s added saturation across it to give it that signature distortion found in Trap. Then, rhythmically it’s pared back across most bars – hitting beat one, with additional syncopation across beat four, and occasionally in the spaces in between. It’s low down the bass clef, with its timbre rounded like an 808. Sevad has also added pointed glissandos to bring in that ‘swooping’ Trap feel – and overall, the bass here drives Freedom’s unsettling vibes further forward. Drums then build the Trap vibes further. What Sevad has done so well is to take rudimental elements of Trap (stuttering syncopation, pointed snare and hi-hats with buzz rolls) but reined them in somewhat. The aggressive, really rapid buzz rolls for example are slightly slower than normal and sparsely used. The snare, while dominant on the second beat, also hits offbeats in between. It takes the edge off the Trap feel and plays into the more flowing piano line. Just to finish Freedom’s Trap (but moreover, UK Drill) influences, synth choral backing vocals are also present, weaving in and out. Also, across Freedom Sevad was created a peaking and troughing of the layering of the instruments: sometimes the bass is solo, sometimes with the drums and at others just with the piano. This ebbing and flowing is crucial to the Trap-RnB feel and works really well. Finally, enter Sevad’s main vocal to finish off Freedom’s prowess.

There’s no question over his skill as a vocalist: a rich, rounded mid-to-upper tenor voice that’s capable of producing both straight vocal and singjay at proficient levels. But what Sevad has done so well here is to merge straighter, RnB vocal on the choruses (along with an attractive, memorable melody) with a fairly pacey and rhythmically detailed singjay on the verses. He’s made interesting use of a basic yet complex rhythmic stanza on the latter (consisting of dotted demisemiquavers and semiquavers) which he then embellishes to good effect. There are potent bridges which merge the vocal and singjay – and Sevad’s use of glissandos and variation between staccato and legato notes is emotive. Lyrically, he’s also created a powerful narrative surrounding emancipation under Babylon’s system: a veritable call to spiritual arms to the masses, that the power of freedom is all in our hands if we unify and grasp the opportunity. The tracks central message, “Freedom is the possession of those who will fight for it” is a strong and memorable hook – and Sevad has created a rousing sermon on how we have the power to break the system’s shackles, if only we collectively realised it.

Overall, Freedom marks Sevad’s return to more clever fusing of genres. Musically inventive, vocally adept and lyrically potent, it is a fresh, conscious cut that will resonate with many and shows the continued progress Sevad is making as an artist.