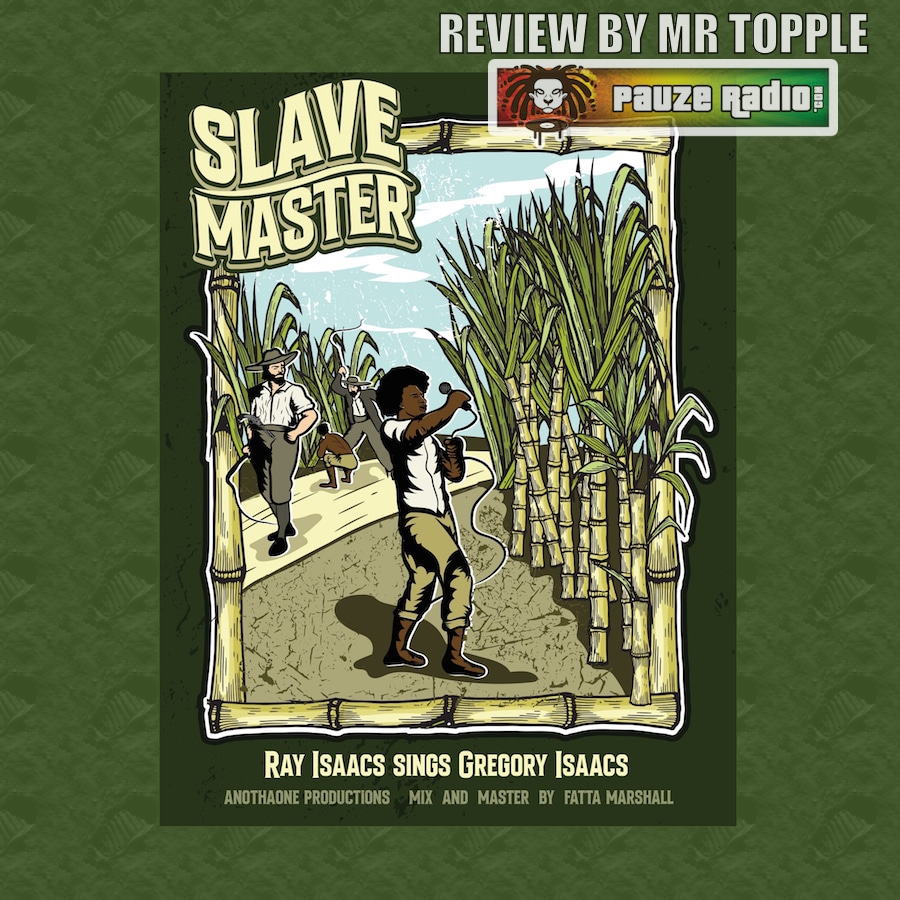 To celebrate what would have been Gregory Isaacs’ 72nd birthday, his nephew Ray is releasing a new track – but it’s a reimagining of one of his uncle’s classics. What better way to mark the earthstrong of a legendary singer?

Slave Master is set to be released on 15 July (Gregory’s birthday) by Anotha One Productions. It forms part of Isaacs’ new album, due out in December 2022. Called Gregory Isaacs Tribute: Like Uncle – Like Nephew, it will see the nephew team up with Sweden’s Bewarehouse Studio band across 12 of Gregory’s classic tracks. And judging by Isaacs’ interpretation of Slave Master, it promises to be something special.

Many of the original musical devices are still in play, thanks to the production from Anotha One and Bewarehouse Studio’s musicianship. The key has been changed, lowering the tone of the track. But that memorable piano line is still in play – here, nicely engineered with some pitch bending across it to give it the feel of vinyl sound, which then falls into a classic bubble rhythm. The bass works around the original and recognisable semiquaver, stuttering riff -which at the time (as it still is now) was a breaking of the mould in terms of Reggae arrangements.

Meanwhile, the drums perform a lilting, laid-back one drop-type arrangement which is delicate but still forward-moving – albeit with more embellishment on the tom-toms and hi-hats than in Gregory’s original. Horns are pitch-perfect, running riffs in response to Isaac’s calls. Guitars’ skank, the backing vocals from Isaacs are well-arranged but not fussy and overall, the musical arrangement works well.

What stands out about this reimagining is the change in engineering and mastering. On Gregory’s original, it was very much of the time with heavy Dub influences. The bass was dominant; reverb was laced across the horns and keys; early synths were involved and the overall engineering and mastering focused on the lower kHz and highest – giving a stark sound. But on Isaacs’ 2022 reworking, the overall vibe is smoother and richer. The instrumental lines have been equalised in terms of kHz to create a more rounded sound; the use of reverb is stripped back to make a more fluid feel and the instrumental performances are more focused and forthright. This, especially the mix from Lynford “Fatta” Marshall and the mastering from Jemoi ‘TWIST’ Monteith, has brought Slave Master bang up-to-date.

Then, Isaacs’ mixes up the vocal performance. He has a very vertical embouchure (rounded sound) to his voice compared to his uncle, which makes his performance more forthright. Isaacs clips the ends of notes a lot more to create a choppy feel and there’s a sense of urgency as he interprets Gregory’s unsettling and emotive lyrics about Black people’s experiences during times of colonial slavery. You’ll get to hear Isaacs perform it live, too – as he’ll be appearing on TVJ’s Smile Jamaica on 15 July.

Overall, Ray Isaacs Slave Master is by far the best reworking of the original, as performing this song is in his DNA, also Anotha One and all involved have done an incredible job. It’s faithful to Gregory’s original while progressing the sound forward so it feels fresh. Isaacs has sympathetically interpreted his uncle’s powerful lyrics – and it all bodes well for the full album in that arrives in December and the upcoming tour in 2023.