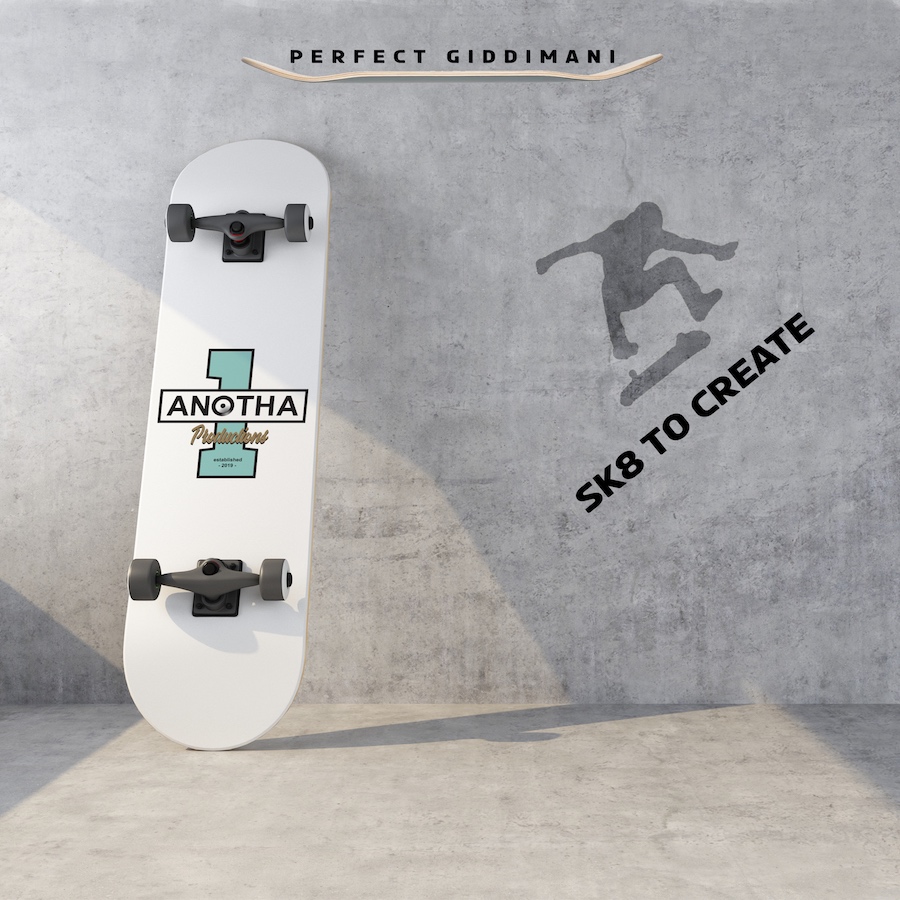 Giddimani tackles head-on the debate into Jamaican skateboarding with his latest track.

Pioneering Roots veteran Perfect Giddimani is not one to shy away from dealing with political and social issues via his music. But now, he’s turned his attention to skateboarding, as Jamaica wrestles with the rise in the sport versus a lack of positive action from the government.

Perfect Giddimani Sk8 To Create sees Giddimani team up with a host of talents across the project. The track is composed and arranged by House of Riddim’s Sam Gilly, a force to be reckoned with in his own right. Mixing and mastering comes from Dynasty Sound’s Dan Grossman. One of Jamaica’s most in-demand session singers, Sharida Sharpe, provides the backing vocals. And the production plus consultation on the concept of Sk8 To Create was by the stellar team at Anotha One Productions.

The track is a gorgeous affair; almost a throwback to 90s G-Funk Hip Hop with its inflections of Soul. The brooding, atmospheric arrangement from Gilly sees a rich, resonant bass wind across the track, leading the chord progressions on the verses with a simple, lightly syncopated rhythm which is embellished across the chorus and bridges. Acoustic guitars strum casual chords which are a melodic mo8f of the main melody, while an electric organ runs a countermelody. Hi-hats runs a double-8me rhythm, alternating between closed and open hits as the snare strikes the two and four. The strings smoothly caress the other instruments, just out of earshot, and Sharpe’s backing vocals finish Sk8 To Create off perfectly. Giddimani is at the peak of his powers, mixing his instantly recognisable vocal with a straighter and powerful rap (as opposed to singjay) on this occasion – as he proclaims his love of skateboarding and its personal and spiritual benefits:

But it’s the timing of the track which is most pertinent. Because the debate around skateboarding in Jamaica is growing louder as time passes. The thing is though, Sk8 To Create does not just focus on the movement in Jamaica, as skating is a worldwide affair not just in USA and Europe. Similar movements are happening in Ghana, China, Brazil and globally throughout the world where poverty has been prevalent due to the Governments focus not being on the people in communities. Lets focus on Jamaica as an example and breakdown how skating is unifying the people:

Historically, the island didn’t have any skateparks. Skaters had to improvise, using abandoned and existing infrastructure as practice ground. But that has now changed, with the opening of the Freedom Skatepark just outside of Kingston. A joint project between Flipping Youth, three charitable foundations (Concrete Jungle, Seprod and Sandals) and Tmrw.Tday Culture Festival – it’s recently opened, despite having to be built during the coronavirus pandemic.

Meanwhile, in 2019 a J$94m project was announced to build another park in Trench Town, St Andrew. Conceived by the Jamaica Skateboard Federation (JSF), it’s supported by US-based Boards for Bros, the Skatepark of Tampa (SpoT) and Canadian skateboarding professional TJ Rogers. Sadly, due to the coronavirus pandemic, progress has stalled – but it is still in the pipeline.

Part of the reason for the push for skateboarding to be officially recognised island-wide is the eventual forming of a team to compete at the Olympics. But it’s the social aspects of the sport which are perhaps most important.

The visions behind both the Freedom Skatepark and JSF’s planned one in Trench Town have youth crime, poverty and disenfranchisement at their hearts. In Jamaica, the recognised child poverty rate was around 25% in 2018, according to Unicef. But this may be an underestimate, as a lot of childhood deprivation is concentrated in rural areas where the documentation of it is lacking. Also, the charity noted that:

“68 of every 100,000 Jamaican children are victims of violent crimes. Approximately 80% of Jamaican children experience some form of psychological or physical violence administered as discipline, about 65% of students are bullied at school and 79% of children witness violence in their community or at home”.

These issues are compounded by poor educational standards and healthcare. The end result for some children is a turn to a life of crime, through no fault of their own.

But the focus, positivity and sense of community that comes with skateboarding could help redress these imbalances, not just in Jamaica, but in all struggling communities worldwide, skating is bringing unity: 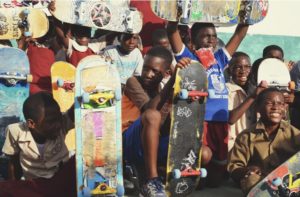 As Milan Ivkovic, who heads-up Anotha One Productions, summed up:

“Skateboarding does so much for the individuals and the community: it’s unique in its own way, you only need yourself and a board, not a team, but skaters can team up same way. It can help to provide food and money because everyone can become sponsored, but most of all it takes the youths off the streets, and off the corner where bad-mind is active”.

This is why the message behind Sk8 To Create is so important to Giddimani and all those involved with the track. But moreover, skateboarding and Rastafari culture go hand-in-hand. The notions of personal empowerment, faith, perseverance and picking yourself back up when things knock you down are all metaphors for both skateboarding and the individual and collective spiritual journeys, we all face as human beings. As Milan says:

“In the 1980’s youths could go to a skatepark, all kinds of people regardless of age, race or gender. All different people would unite, all there for one purpose, to release through skating. Skaters never judge one another as everyones struggle is the same in that moment. Skateboarding is one of the only sports that also has a one love kind of vibes, everyone is welcome. This you will see once you have watched the ‘Sk8 To Create‘ video”.

So, Giddimani once again shows he’s in-touch with what’s happening on the streets, and what’s important to young people in Jamaica and across the world. Perfect Giddimani Sk8 To Create is an intricate and sensational musical experience. But it’s also a pivotal moment in Jamaica’s skateboarding journey; one that hopefully will continue to progress at a rapid pace. 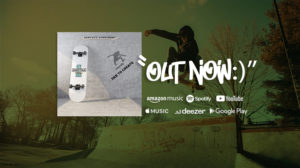