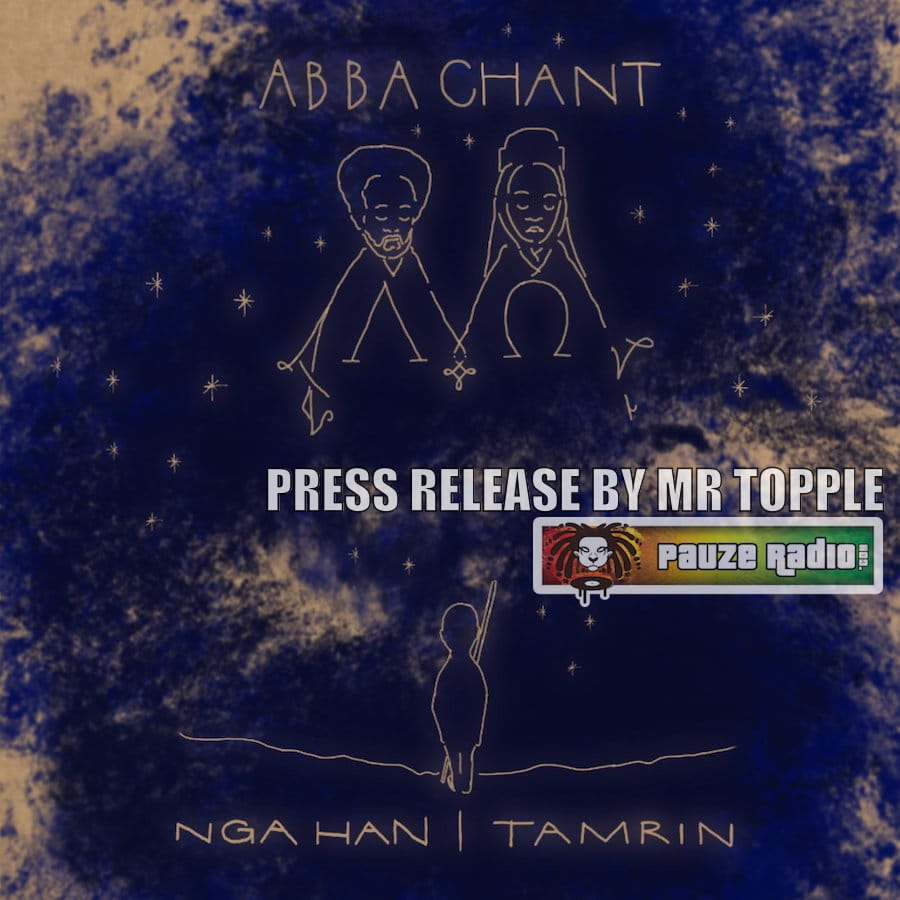 Press Release: Germany’s The Merchant Records teams-up with one of Jamaica’s most iconic artists for an 8-track EP by Mr Topple for Pauzeradio.com.

An up-and-coming German Roots Reggae label has joined forces with the incomparable Nga Han across a mesmerising EP – which shows off both parties’ talents wonderfully.

Abba Chant is set to be released by German-based The Merchant Records. It sees the label’s founder, Tamrin, join forces with Jamaican Roots Revivalist Han across an EP with eight tracks overall. It is the third release from this fledgling outfit, following on from the success of its 2021 project Earthman Riddim.

The release is pure, 21st century Roots – seeing Tamrin and Han combine the very best traditional elements of the genre with some Dub engineering (and versions of the tracks), Nyabinghi as well as influences from Soul and other genres. The tracks veer from rich and rounded (Trumpets) to stripped-back and unfussy (Deep Within), all with The Merchant Record’s already emerging attention to detail. The vinyl format of juxtaposed A-B sides accentuates the overall feel of the EP, too:

“Abba Chant is a rich and luscious Roots-Fusion release from The Merchant Records. Expertly crafted by Tamrin, it draws on those classic, staple elements of Roots while still managing to feel fresh and inventive. The overall sound, immersive and highly detailed, is a credit to those involved and instantly puts you in mind of outfits like Zion I Kings. Han is a joy as always – and overall, Abba Chant is a powerful and essential release” – Mr Topple, Pauzeradio

All the tracks were recorded at the label’s The Merchant Studio, which will be offering recording and mixing services – obviously specialising in Reggae, Roots and Dub. The final mastering by Moritz Illner at Duophonic is sheer class – refining and finishing the expansive feel of each track. Of course, it’s Han who also makes Abba Chant come alive. Tamrin said of working with him:

“We never met in person. I contacted Nga online around December 2020. Right from the start he was very open for a collaboration.

I sent him five riddims while he was on his way to Jamaica. I expected one or two tunes – but got all the riddims voiced. Pure vibes.

Nga is a very humble bredda. I could feel his love for the music. When I first listened to the tunes, I felt the Jamaican vibes as well – I can’t really explain it with words. He really connected with the riddims”.

That connection shows across the tracks. Han and Tamrin have created a unique and clearly synergetic experience across all Abba Chant which demonstrates the spiritual and cultural link they share. Across the EP, Han displays his usually versatility and unique interpretative style, while Tamrin’s sympathetic and quality production elevates him and the other musicians.

So, after this the third release from the label what’s next for The Merchant Records? Tamrin says:

“Different collaborations have taken place during the last few years: bredren like Ras Hassen Ti, Iman or Melodiemann but also artists I haven’t released yet like Prince Livijah and Iyah Ranks. Abba Chant features four vocal tracks, which means there is one more still to come…! Another focus is to establish The Merchant Studio – a professional yet authentic recording space”.

The Merchant Records is quickly establishing itself as a force to be reckoned with in Roots culture. And this latest release with Han shows just why the label is such an exciting prospect.