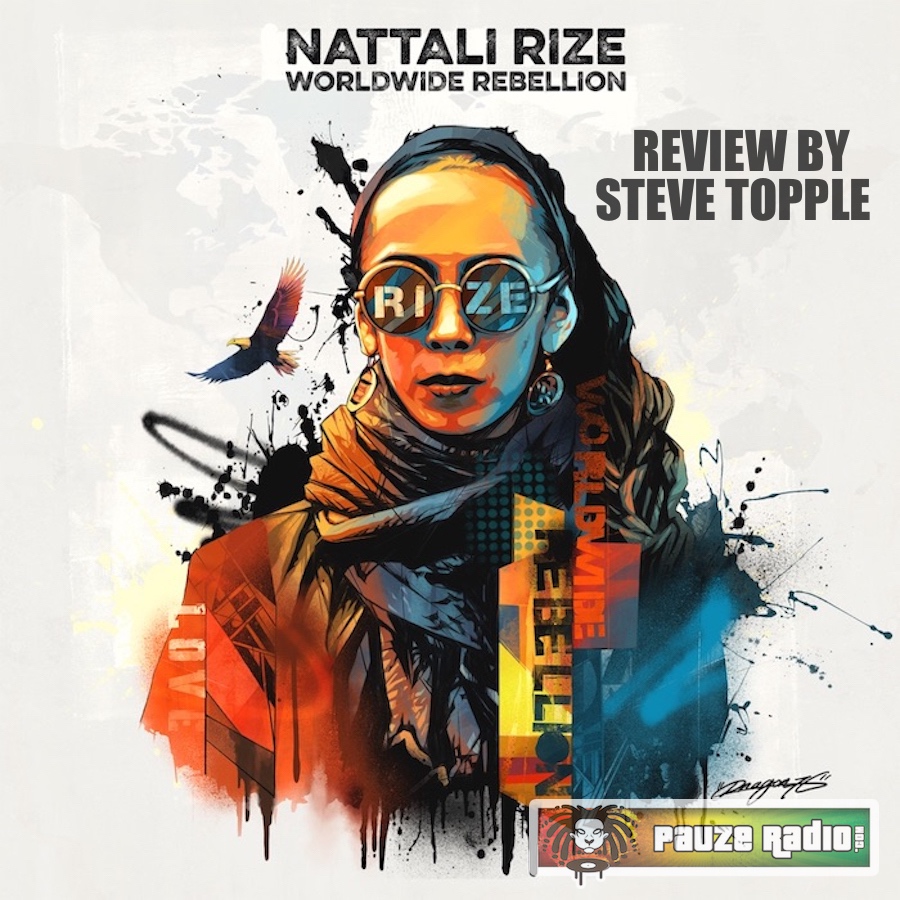 Music is providing many important narratives during the coronavirus pandemic. But one artist has perhaps offered a long-term musing on the current crisis. And she has, as always, done it in her own, initiable and utterly engaging style. That artist is Nattali Rize.

Nattali Rize Worldwide Rebellion, released via Ineffable Records, Baco Records, MGM Village Again Association and Rize Nation, is the second single from Rize’s forthcoming album of the same title. And it acts as an ingenious teaser for the potential shape of the whole project.

The track is bang up-to-date, attractively composed and arranged, and potently delivered. Production from the legendary Winta James is first-rate. The attention to detail, specifically on the dB of the individual instrumental lines and the use of high and low-pass filters to differentiate between the timbre of these.

Worldwide Rebellion is hard to pin down to a specific genre. But the opening sequence hints at some of the influences. A balafon strikes chords on the offbeats. Smoothed-out strings lilt across breves, following the root chord. High-passed synth horns and electric keys collaborate. The bass is fulsome and rounded. Electric guitars play arpeggio roots chords. And then the percussion comes in and the track begins proper.

It’s a driving, frantic arrangement from Rize, James and Cr38or – drawing on different genres to create a post-modern Revival-esque sound. The percussion is undoubtedly the leading force in the track, and it’s a curious, hybrid affair. The opening balafon and shaker nod towards more traditional African music. But then throughout the kick is dominant, dropping on every beat of the bar (until just before the fourth where it doubles-up off the beat). With it, it brings a sense of force and urgency and also a Hip Hop vibe. The hi hats and snare, meanwhile, are almost a genre mash-up. The latter comes in first, focusing on the offbeats in an almost Afrobeats pattern. Then, the former enters on a buzz roll followed by semiquaver riff – giving a Trap-meets-Hip Hop-meets-one drop feel.

The bass is syncopated on the verses, using a seven-beat semiquaver riff from the first downbeat, but then disappearing until the final off; again, all a bit Afrobeats. But on the chorus, this is replaced by a crotchet and quaver led phrase, smoothing and slowing the track down somewhat and hinting at Roots. Of note is that its relationship with the kick is almost Hip Hop – in terms of the production means that when the kick drops in the bass doesn’t outweigh it.

Additional instrumental lines are littered throughout, like heavily electronic keys running tandem arpeggio chords to the guitars, and the balafon still performing its opening role, but almost completely out of earshot until the end. The backing vocal arrangement, meanwhile, is heavily layered and harmonised on the chorus, focusing on vowel accompaniment (all very Soul) or mimicking of Rize’s main vocal.

But there’s also a fascinating influencer contained within Worldwide Rebellion as a whole project. The inclusion of the raspy, synth horns and stark electric keys nods to the 80s; not least the arrangement of their main riff across the intro and chorus. Both begin on the first offbeat, and then evaporate by the final fourth of each bar. Also, the artwork for the track by Dragon 76 Art is highly evocative – with elements of the realism style of graphic novel in it. All this gives the project an overriding feel of classic 80s dystopian sci-fi, such as Blade Runner, The Running Man, and most noticeably the post-apocalyptic Max Max, which may well have been a conscious thing – not least with the art.

But it’s Rize’s vocal performance which cements Worldwide Rebellion as possibly one of the tracks of 2020 so far. She is relentless during the verses, running a melodic rhythm that barely stops for breath and partly follows the guitar’s arpeggios. Her sharp, punctuated enunciation is crystal clear. Rize also uses interesting upward inflection at the end of some phrases, which serves not only to hammer home the lyrics she is delivering, but also to add even more forward motion to a track already full of momentum. Her range is quality, racing around her alto/low tenor and up a bit more. And as always with Rize, her performance is mesmerizingly engaging – resulting in you digesting every word. Digestion of what she’s telling us is paramount, too – as she calls for an uprising against the system, but one that’s driven by love.

Nattali Rize Worldwide Rebellion is stunning. James’ production, the complex and exceptionally intricate composition and Rize’s performance set it apart from much of what has come before it this year. And it tantalisingly hints at the glory of her forthcoming album. Absolutely essential listening.