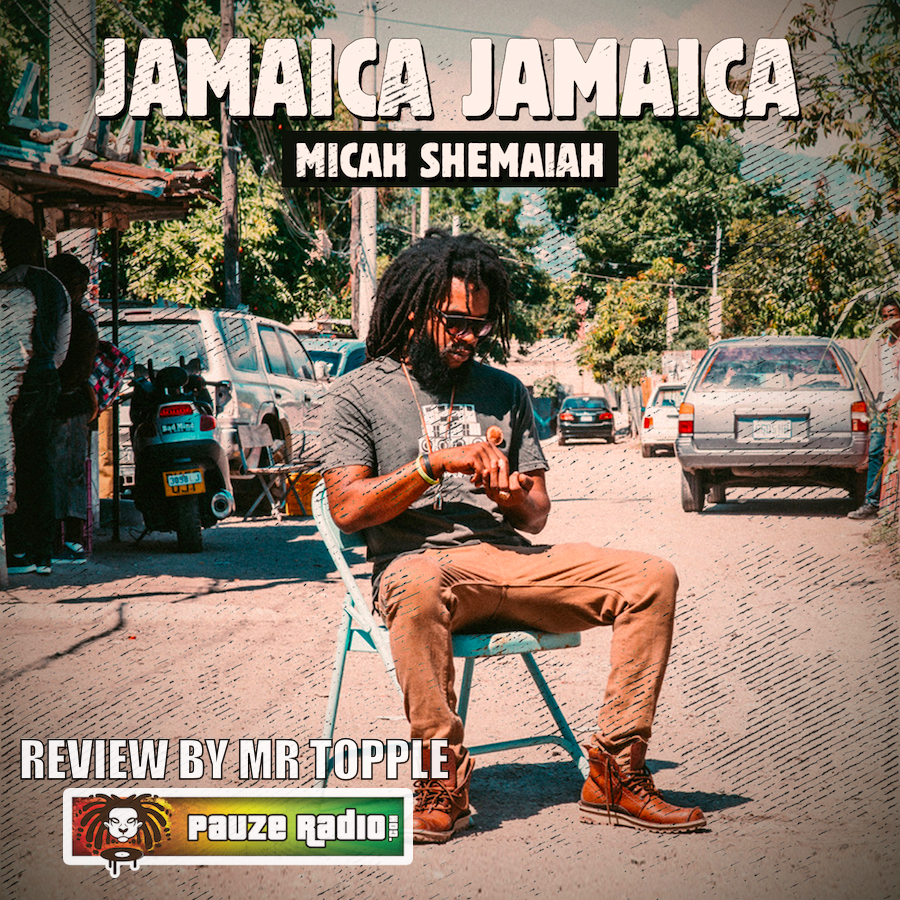 The best artists know that sometimes, less is more – and that musical simplicity is sometimes the most important tool to deliver an important message. Micah Shemaiah has done just that with his latest single.

Micah Shemaiah Jamaica Jamaica, released via Evidence Music, sees Shemaiah bring Roots and Dub vibes together with some old skool Hip Hop sensibilities across a stark and brooding track. Produced with Evidence Music, the end result is an intense and searing musical and lyrical analysis of the situation the country is in.

There are rudimental Roots elements in play, interspersed with some Dub devices, too. The rhythm section is the driving force of the track. Keys run a bubble rhythm, striking the offbeats. But their engineering is straight out of Dub: decay which peaks and troughs across multiple and then single chords has been added; a high-passed and tinny timbre; rhythmic reverb that has been added at points to make them almost sound like a guitar skanking – and an additional light touch of reverb is used sparingly at the end of the chords.

Jamaica Jamaica’s bass is glorious. Rounded and resonant, it avoids any kind of pick technique, instead gliding across its riff. This is based around the root chord of each progression, in keeping with a pre-Rocksteady style. Moreover, it veers between heavy syncopation (working at times with semiquaver notes), and shorter quavers (double time) ones. There’s a delicious bongo (or possibly djembe) line that’s introduced at times, tinkering in the background almost out of earshot.

But what’s interesting about Jamaica Jamaica is its blending of elements of Hip Hop, too. The drums feel more in keeping with the genre than they do Roots. A one drop is missing, although the snare admittedly strikes the two and four. Instead, the kick focuses on the downbeats (one and three) while hi-hats run a straight, double time rhythm. Cymbals clash on the fourth beat of every fourth bar and reverb is added to bring some Dub to proceedings. But this unsettling Hip Hop style helps cement the other element of the track. That is, there are only two basic chord progressions in the composition: the minor root which then leads into the minor fifth. This unfussy arrangement harks back to the early days of Hip Hop, where musical sparseness allowed the vocalist and their lyrics to take centre stage. And here, it serves that effect for Shemaiah.

His vocal’s need little introduction, as he is always on top form. Here, he is crystal clear, well enunciated and swerving between a straighter vocal on the chorus and a singjay on the verses. The latter is rhythmically interesting with a clever use of limited notes to emphasise the words.

And it’s Shemaiah’s lyrical content which is Jamaica Jamaica’s most powerful element. He muses on the system’s destruction of the island, from violence to poverty via political corruption and the media. It’s hard-hitting and searingly devastating, as Shemaiah gives an almost ballad to the island – showing his love for the country in the face of despair. As he says:

Micah Shemaiah Jamaica Jamaica is another strong effort from Shemaiah, this time with Evidence Music impressing equally across production. Its simplicity is its strongest asset; allowing his lyrics to shine through and give you pause for thought. A telling and timely track which serves Shemaiah’s purpose: to make you think, question and feel sad all at the same time. Stirring work.