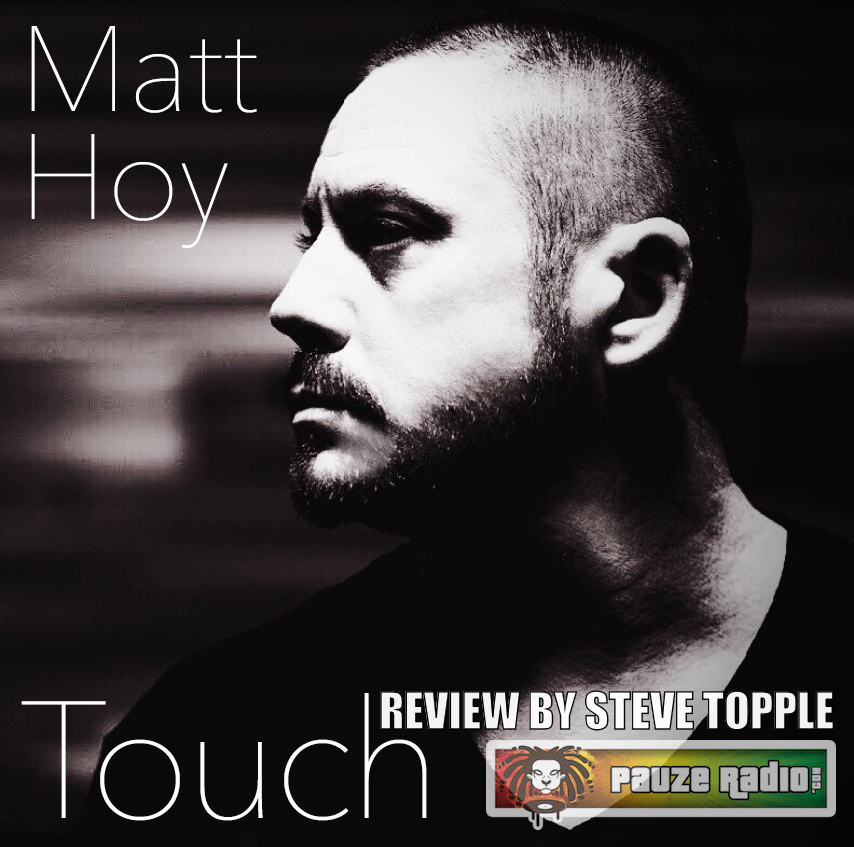 It’s a bold move when a member of a legendary group releases a solo project. But UB40 featuring Ali Campbell and Astro’s Matt Hoy has taken the plunge with his debut album. Don’t worry – he’s pulled it off with aplomb.

Touch, released via Mana Records, is a smoky, smouldering Soul affair, drawing on the influences of various artists and genres. But it’s also a distinctly British Reggae Pop record, taking you back to the sound made popular by the likes of UB40; a sound that you don’t hear so much anymore. So, it’s actually a refreshing change.

Touch opens with Happy. The track itself begins with a rousing, a cappella Gospel intro before moving into a straight-up Soul/Pop anthem. It works so well because of the clever composition, and sets the tone for the rest of the album. The only recognisable Reggae device is a bubble rhythm; Also, the kick is omnipresent on a walking beat, so I’d be loathed to commit to a one drop. The horns, on their repetitive, swaying riff hint to Ska. But the bass is on a syncopated lick, and that combined with the Gospel-like backing vocals and the way the composition constantly drives the track forward, make Happy a distinctly summery Soul anthem. Pitch-perfect.

The title track is a gorgeous, smooth, predominantly Soul track. Again, Reggae takes a backseat, albeit a slightly more embellished one than Happy. The bubble rhythm is still there on synths. There’s more of a one drop than on the previous track, with the percussion doing a beamed double up on the second beat of every second bar. And the heavily syncopated bass is constantly moving, almost in a Rocksteady fashion. But throw in stings, stretched out in a regular dotted semibreve then crotchet arrangement, and the bass almost takes a back seat. And the Doo-Wop backing vocals, coupled with a tinkering, RnB piano line, make Touch a seductive, almost George Michael cut.

First Love, featuring the always reliable and ever-evolving Raging Fyah, leans more towards modern Lover’s Rock than the Soul. The guitars skank; there’s a light percussive one drop while the drum riffs and rolls are distinctly old skool, putting me in mind of Frankie Paul; the bass is smoothly syncopated and the keys bubble along. But then the inclusion of a very RnB piano, running its own counter-melody, the use of a chime tree and a bridge with a laid back, funky electric guitar solo gives First Love a Soul edge. It’s almost Stevie Wonder meets the ‘Jamaican Stevie Wonder’, Paul. Delicious.

Next up is Every Little Thing, which is probably the most Reggae-inclined track of the album to this point. All the musical devices are there, and the addition of a call and response electric guitar is a nice touch. To be fair to the rest of the album, it’s probably the weakest track. But this is not to say it’s not a perfectly well-executed lesson in Reggae-Pop.

Hoy’s cover of the Bonnie Raitt standard I Can’t Make You Love Me is an interesting cut. When you listen to her original, the percussive accent on the upbeats (two and four) would naturally lend itself to Reggae. So, it’s of little surprise that Hoy’s version works well. But musically it’s far more complex than just Raitt with a Roots’ twist. Hoy’s kept some Reggae devices, a bubble rhythm and one drop being prominent. A washboard accents the downbeat. He then adds frantic strings on a demisemiquaver, five beat riff, catapulting the chorus into a completely different area. It almost hints at the 20th century Techno which often drew inspiration from Reggae.

But you can once again hear Michael’s influence across the track. Hoy’s use of phrasing, intonation, riffs and delayed then pointedly slow vibrato are not dissimilar to that of the late artist’s version on MTV Unplugged. Overall, Hoy adds an inspired interpretation to the roster of artists who’ve covered I Can’t Make You Love Me. Although, if I was asked, I would have to say Tank’s version holds a special place in my heart.

We then move back into Reggae/Pop on Sharing Moments With You. But it’s lifted out of this often-convoluted genre with some exceptional arrangement; not least the intricate piano line running parallel to Hoy’s lead vocal; sometimes mimicking it and others offering a call and response. It takes a solo centre stage on the bridge, which provides a refreshing counterbalance to its colla voce role during the rest of the cut. Those smooth strings are also back again, and the sum of these parts is a cleverly executed Reggae/Pop love song.

Who The Cap Fit exudes Reggae/Soul class. From the call and response, Soul-heavy backing vocals, to the Marley-esque electric guitar riffs, Hoy has produced a very well-polished cut. Of all the tracks, it’s perhaps this one where the production and engineering shine through the best. The rasping, synth strings are intentionally more grating than previously, creating a whole different mood. Also, the dB of the bass has been ramped up, making it far more prominent than on the rest of the album. Again, this works extremely well, hammering home the defiant theme of the song. But then a lazy, yet somewhat staccato electric guitar holds the bridge, sliding between semitones and contrasting the other instruments. The inclusion of a Hammond organ just builds to this theme of defiant, yet humble self-confidence.

Of course, the inclusion of Ali Campbell only adds to this top-quality cut. His highly distinctive voice has lost none of its finesse over the years. And the musical relationship that the two already share shines through. It’s a brilliant piece of work from these two artists.

Some Wounds Never Heal stands in contrast to much of the album. Completely in E minor, except for the occasional, unexpected (yet ingenious) move into a C major variant, it’s Touch’s most haunting, and in some ways affecting, track. It is again this masterfully well-executed mixture of Reggae and Soul, perhaps showcased best in this instance. This is because the Reggae devices come and go: a bubble rhythm is sometimes there, sometimes not – creating an unsettling ambiguity. The background vocals sometimes mimic the main melody; sometimes they do a call and response. The strings take a more prominent role, especially on the bridge where they move out of the usual semibreve/breve territory they’ve held on the rest of the album, into more syncopation. The end result is my personal favourite. It’s also Hoy showing a vulnerability not seen so far on Touch. Moving stuff and possibly the strongest track of the album.

Good To Know is actually the most Roots-y cut on the album. The synth organ drives a proper bubble rhythm throughout, the one drop is framed by the kick and the bass is focused on the downbeat. But the piano once again lifts it from ‘standard’ to polished, as do the more intricate chord progressions than you would normally expect on Roots. And those strings are back again. You almost get the feeling that they, and the piano, are Hoy’s instruments of choice. A positive, sunny take on more traditional Roots.

The album finishes with You Don’t Want My Love. The track is a complete surprise and the most musically curious (in a good way) cut of the album. The amalgamation of genres is ingenious. It opens with a cinematic, orchestral arrangement worthy of a Bond film. But then it suddenly shifts, and the track goes into an area not so far explored on Touch: the kind of Hip Hop meets Funky Soul/NJS that dominated many RnB artist’s output in the early 90s. Think Mariah Carey’s Emotions album and you wouldn’t be far off.

But of course, Hoy has dragged this sound kicking and screaming into the 21st century. There’s still a nod to Reggae with a skank and a kick on the upbeats. But the heavy, brooding percussive arrangement focuses on the first beat in the first of every second bar during the chorus, leaving the one drop to play second fiddle. The rapid string runs are distinctly Hip Hop; the piano riffs nod to RnB and a screeching electric guitar angrily pushes itself in. Those frantic Techno strings which appeared on I Can’t Make You Love Me return for a reprise, giving the track yet another edge.

And then, jbeats0121 lays down an on-point rap and vocal across the bridge, lifting You Don’t Want My Love completely away from the rest of the album. He has an immediately compelling voice, obviously being equally at home in both styles. It’s a brilliant end to the record. And it also serves to tantalisingly tease at where Hoy could go next.

Hoy has created a pleasing, classy project with Touch. It exudes carefully considered composition and production, with a delicate musical mix of genres that Hoy has measured perfectly. But you also have to give credit to the deft engineering. Each track cleverly strikes a balance between ensuring you know the album’s thrust is Reggae, delivering some quality Soul as well but giving the polished sheen, depth of tone and instrumentally delicate balance that puts Touch into crossover Pop territory.

It would be remiss of me not to mention Hoy’s voice, too. He has that rich, expressive tone that’s often lacking from some artists. I’m not one for comparisons, of which this is not. But you can hear Hoy was influenced by George Michael, and this is in no way a bad thing. His ability to switch between a rounded, Soulful horizontal embouchure and a more pointed vertical one shows the depth of thought that goes into every word. Throughout the album his phrasing and use on intonation is perfect. Hoy is a quality vocalist; intuitively so.

Touch stands as a powerful testament to Hoy’s musicality. It also serves as an intriguing introduction to where this talented artist could go next. And, it pays tribute to that crossing-over of Reggae, Soul and Pop which is barely ever celebrated, anymore. Very, very good. Matt Hoy Touch review by Steve Topple (3rd March 2020) 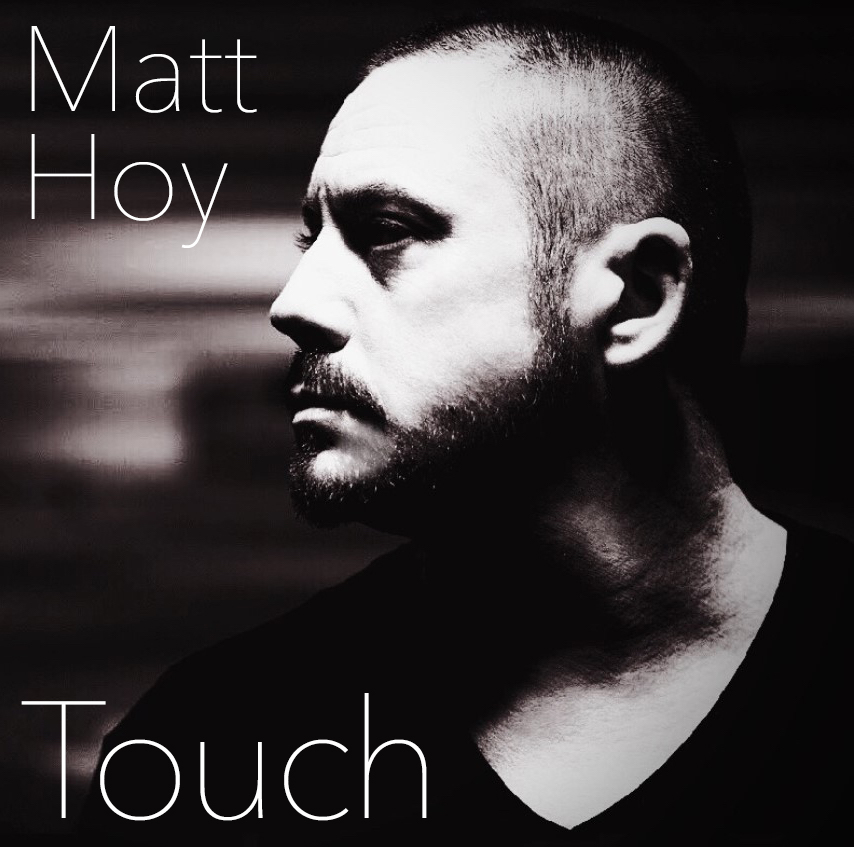