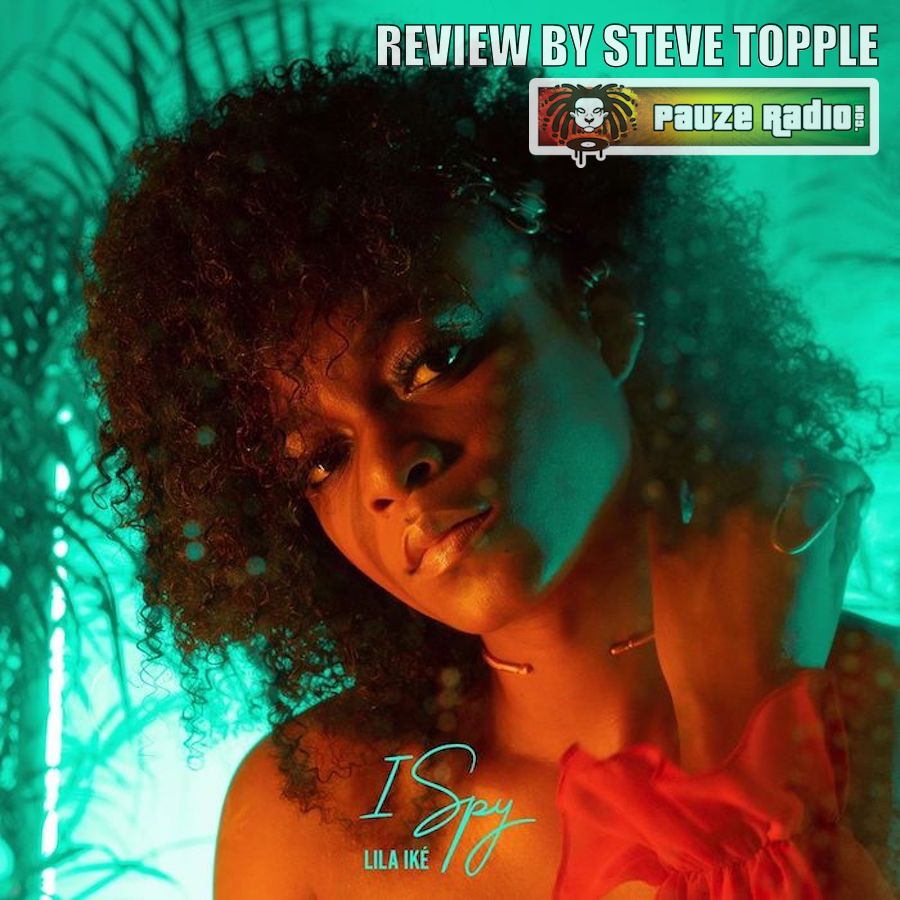 Fresh from the groundbreaking announcement that the Revival king Protoje just signed a deal with major record label RCA, one of his protégés has just dropped her latest single. And given she’s also now under RCA’s wing, we spy a stratospheric career blossoming for Lila Iké.

I Spy, released via In.Digg.Nation Collective and RCA Records/Sony Music Entertainment, is the first release from Iké since 2019’s Sweet Inspiration. Production is from one of the hottest names in the business, Izy Beats. And the track shows just why Iké is being touted as a star in the making.

It’s a glossy mix of Roots, Afrobeats and RnB, building on the musical ambiguity that In.Digg are renowned for. The various elements have been cleverly intertwined by Iké and Beats, to create a fresh, summery cut.

Roots gets a distinct nod from Carlos Calderón’s skanking guitars in the intro, but these are then used as a backend device, merely signposting the musical heritage of I Spy. The synth snaps, when present, focus on the upbeats, almost imitating a kick one drop. But the driving force of the track is the percussion.

The kick focuses on the downbeats, while the snare hits the ¾ offs before smacking down on both the upbeats. This distinctly Afrobeats devices creates the edginess the genre is known for. But the percussion’s rhythmical arrangement, with the dotted crotchet kick followed by a semiquaver then two quavers from the snare, almost resembles a Dancehall clave. This coupled with the kick’s downbeat focus drives the track forward, giving momentum.

I Spy’s bass arrangement is interesting. It’s not the focus of the track, having its dB dipped down compared to the percussion. But in a Soca twist, it mimics the snare line at times – not only in Iké and Beats’ rhythmic composition but also in its clipped, staccato notes. Again, the near-clave hints at more traditional Dancehall but that’s as far as it goes. Because its winding melodic arrangement, running around the root’s fifth on the verses but sitting on it on the chorus is more Afrobeats.

Horns are added to the mix, offering a response to the main melody’s call at the end of every second bar. A synth organ tinkers in and out, and what sounds like a harpsichord does some just out of earshot rolls on the verses. The sum of this complex orchestration’s parts is a deft-defying dive into modern, blissed-out Afrobeats. But the backing vocal arrangement has less of a feel of this genre about it. Split into two, one harmonises alongside the main melody. And the other works off vowel sounds; almost an additional instrumental line. This hints at the other genre in play. Because these, plus the construction and arrangement of I Spy have a strong sense of Toronto Ambient RnB.

Iké and Beats have split the chorus’s arrangement into two. Part one is shimmering yet haunting, with the percussion cut, the synth organ given prominence and the bass gliding around Iké’s melody. But the part two then goes hard on the Afrobeats via the driving percussion. This descriptive use of arrangements fits the sensual lyrical content well. Then, just for added ‘Toronto-ness’, a heavily Ambient bridge sees the decay on the snare ramped up along with a high pass filter, the rhythm goes half time; the choral backing vocals become even more layered and the whole thing feels otherworldly.

The track as a musical piece is perfect for Iké’s voice. She is one of the more effortless performers to come out of the Revival movement. Lilting across her impressive range, she flips between a breathy, head voice delivery and a more urgent chest – emphasising the theme of the cut. The melodic arrangement, with its persistently beamed rhythms, is the other hint at Roots – and it allows Iké to employ all her powers of intonation, dynamics and syllable accenting. She is always a joy to listen to, and here is no exception.

I Spy marks a powerful move from In.Digg. Beats has done a sterling job on the production and engineering. Him and Iké’s composition is impressive. But she is undoubtedly the star of the show, not least for her performance but for writing the track as well. RCA has probably hit gold with its new signings. And with an EP dropping in May, 2020 may well be Iké’s time to further shine.