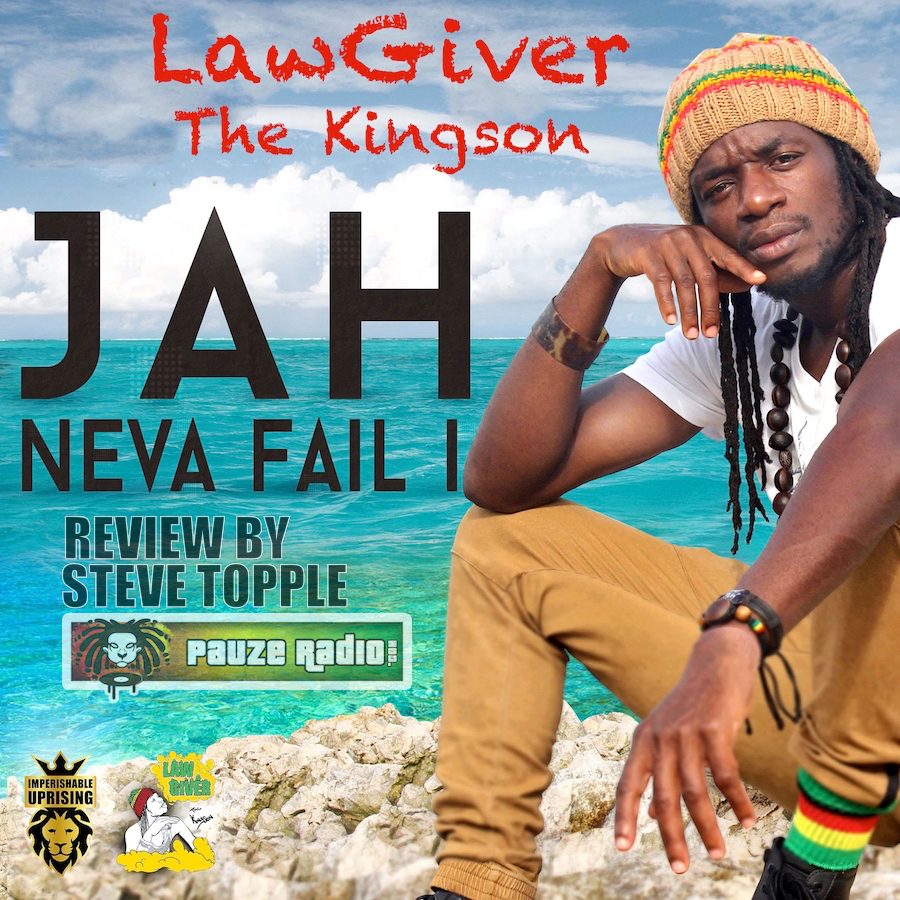 There’s an art to constructing a musically pleasing, lyrically strong Roots track. Some artists do it well; others do it exceptionally. And LawGiver’s new track falls into the latter category.

LawGiver Jah Neva Fail I, released via Imperishable Uprising, is a gorgeous Roots cut, woven with elements of Dub and Soul throughout. Production from LawGiver, Cleveland “Clevie” Browne, Owen “Bass Face” Rennalls and Kardi Tivali is perfectly-pitched: levels of dB across the instrumental lines are sympathetically managed, the EQ engineering is delicious and some purposeful use of high-and-low pass filters on certain aspects creates a rich yet almost haunting timbre. The release also includes a Dub mix.

The track opens with a well-placed rewind sample, before going straight into Roots territory. The drums are on a traditional one drop, with the kick accenting the upbeats; a refreshing change of late, as some Roots music in 2020 has taken the kick away from the ups, placing it on the downs at times. The hi-hats perform a dotted-riff, with the engineering such that they’re in earshot enough to keep the percussive line moving. There’s a constant use of a vibraslap with added, elongated Dub reverb – nodding to the quijada and adding some well-placed African vibes throughout. Snare rim clicks enhance this, and overall, the percussive line is intricate enough to move it well beyond standard Roots or Rub-a-Dub.

Jah Neva Fail I uses a heavily syncopated drop beat bass rhythm (from Rennalls), working on dotted quaver-semiquaver patterns. But interestingly, LawGiver has pared back the melodic arrangement to focus on the root chords’ triads – going back to a time before Rocksteady’s influence on more chromatic bass lines gained prominence. He also makes Paul “Wrong Move” Crosdale (of Fire House Band’s) keys’ role on a bubble rhythm intermittent, which leaves the percussion and bass driving the wind; providing nice dynamic light and shade. Electric guitars do delicately skank in the background, and also perform some bended riffs. All these have reverb added just at the right times, musically – expanding the sound out, and honing in more on the Dub influences.

Dean Fraser’s exceptional horns perform call and response riffs; an organ weaves in and out with occasional chords, bringing in some Gospel/Soul – and the backing vocals accentuate this, with their heavily harmonised, call and response duties. Rapid switching between minor and major chord progressions just adds to the Soul vibe further.

But LawGiver has also included an ingenious synth string line (and some serious messing with the EQ), engineered to sound choral in nature. It performs electronic vowel sounds across bars – bringing in a sense of divinity and worship; wholly apt for the track. The sum of these parts makes Jah Neva Fail I a beautifully constructed track, intricate yet not over-bearing – allowing LawGiver’s vocal to shine.

He has a fascinating voice – sitting around a rich, fulsome baritone and a tenor, both of which he uses intuitively. There’s also a distinct tone to his voice, which makes him very recognisable – a mix of a husky, gravely Soul singer and a precise, rhythmically-focused singjay artist. This gives LawGiver great versatility, which shines across Jah Neva Fail I – including his very fine use of dynamics. But he also utilises vertical and horizontal embouchure brilliantly – for example, turning ‘arh’s’ into ‘aa’s’ instinctively to give potency to the word “Jah” – and overall sitting in a very attractive, horizontal-driven technique. Moreover, lyrically it’s stirring stuff – as LawGiver sings praises and reaffirms his faith.

Jah Neva Fail I is a glorious and somewhat moving cut, the first from LawGiver’s forthcoming debut album. And if the standard displayed here is anything to go by, then the full record should be extremely impressive. Lovely work. LawGiver Jah Never Fail I review by Steve Topple (4th June 2020).