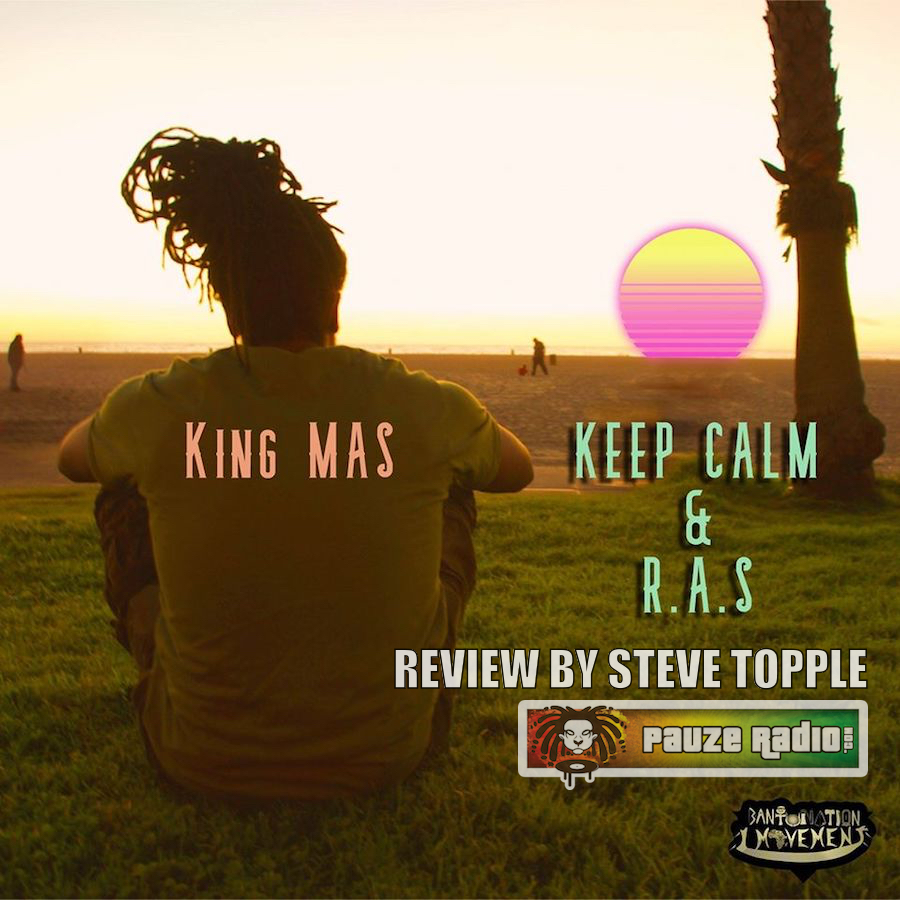 The world is a distressing and unsettling place for many, at present – with people looking for guidance and succour. Enter King MAS, with some of each in droves.

Keep Calm and R.A.S. (Receive Adequate Sunlight), released via Bantu Nation Movement, is MAS and producer (and brother) Mitymaose’s response to the coronavirus pandemic. As always expected with the latter, the production is first-class; any major label would happily put their name to it. Not that MAS and Maose need (or want) a ‘major label’. Because it would destroy everything that’s so glorious about them.

The track is yet another delicious Neo Soul offering, being a hybrid of both Roots and Soul combined. Keep Calm and R.A.S.’s placating intentions are clear from the off. The drums perform an amalgamated duty over a two-bar phrase. The hi hats, cymbals and snare follow a slightly more syncopated, at times beamed, but still double time pattern than a standard one drop. The kick, meanwhile, is mixed up. On the first bar of the phrase it only drops the third beat (the second ‘down’), hinting at a one drop. But it hits every beat in the second bar of the phrase. This gives a Roots-meets-Soul vibe to proceedings.

Then, the horns take the usual role of the keys with a bubble rhythm. The engineering of these is fascinating. The dampener and decay hit on the second beat of the bar, before being wound back as a low pass filter comes in – which leaves the horns prominent and rasping by the final, fourth beat. The sum of these parts is to let the track hint at Roots. But it’s about as far as it goes.

Meanwhile, the bass generally mimics the kick rhythm which doubles-down on the mesmerising effect, but following more of a Soul track – double timing on occasion. It generally avoids the root of the chord, working more around the fifth and then up and down a tone. The bubble horns also deviate from their role, performing some funky riffs towards the end of many of the bars. The heavily layered backing vocals draw inspiration again from Soul, performing Doo-Wop vowel sounds along with full, choral duties. All this combined gives you everything you’d expect from MAS and Maose. A divine, modern Neo Soul track which has its foundation in Roots. But it’s the King’s vocals and lyrics which are the star of the show.

MAS is a truly brilliant singer and performer. He has a unique ability to flip from the smoothest of Soul singers, effortlessly covering a range from an upper baritone to a falsetto and the tenor in between, to a winding singjay. On Keep Calm and R.A.S. he does both. The singjay is especially impressive, maintaining a melody while spitting at an impressive and exceptionality enunciated rate. And lyrically he is of course on fire, as he reminds us “Typical pretence, virus to hide dem political events; Cambridge Analytica, dem manipulate and give the nation false information”.

Keep Calm and R.A.S. is another sterling work from one of the world’s most exciting musical partnerships. MAS and Maose continue to deliver on every level, and it’s a refreshing offering in a sea of dismality. Superb.