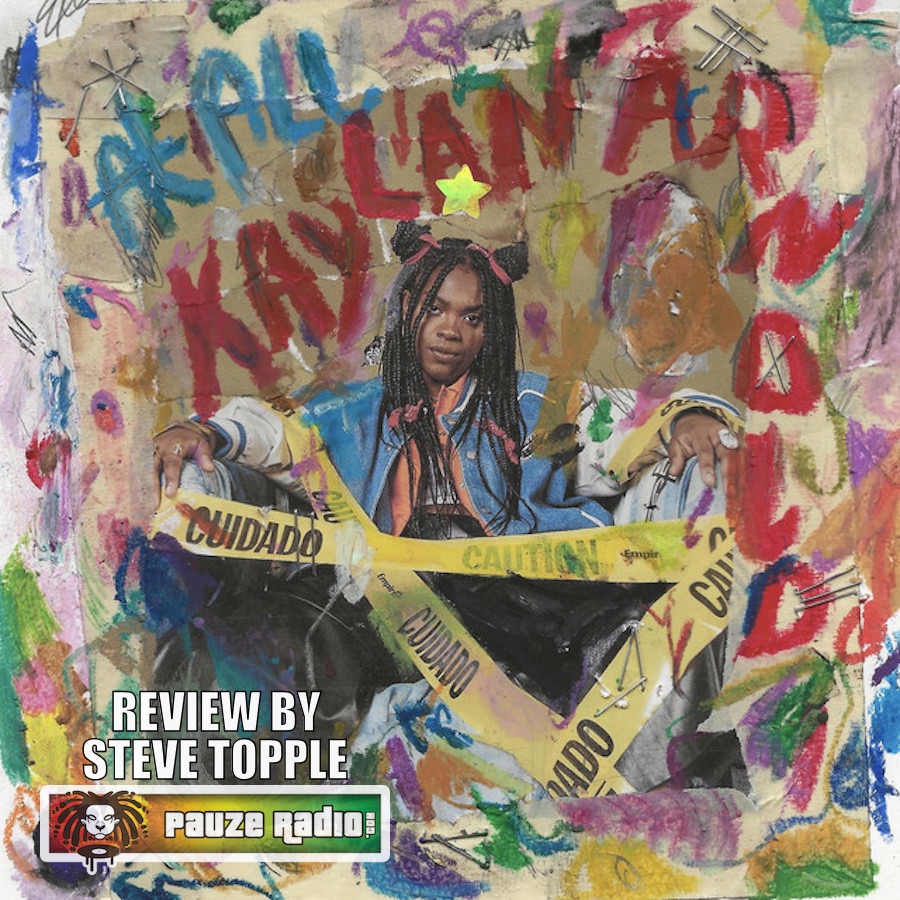 Kaylan Arnold – At All – Review

Kaylan Arnold: At All Single Review – Steve Topple for Pauzeradio.com.

The influences of other genres across Roots-derived music are not always opaque, but if you listen with an open mind and ear they can often be found. Kaylan Arnold is one such artist who shows this, and her latest track showcases one, often under-used influence – while drawing on a plethora of others.

Kaylan Arnold At All, released via Dadason Entertainment, is a furious, heavy, Roots-led cut that pulls no musical or lyrical punches. Complex in its construction, raging in its overall timbre, the track is enthralling and unsettling in equal measure. The production from the world-renowned J-Vibe is sensational – and it’s central to the searing auditory experience that At All brings.

It opens with some layered, choral-like vocals which in another life would ostensibly be Soul (these continue throughout, morphing between call and response and straight harmonisation). The keys, percussion and bass come in, before the latter immediately takes centre stage. The heavy syncopation, melodic, running arrangement and dropping of the first downbeat in the third bar of the phrase is all a bit Roots/Dub and drives At All forward. It’s omnipresent except for several bridges, with the increased dB, detailed EQ and a low-pass filter run through it all creating a rounded, resonant sound. This hinting at another genre is expanded on by the percussion.

The semiquaver then demisemiquaver snare rolls almost feel like the track starts to head into Jungle territory. This vibe is enhanced by the kick hitting both downbeats, as opposed to a usual one drop – and at certain points every single beat. This orchestration then builds at points, with the hi-hat firing out demisemiquaver riffs – and it makes you anticipate a Jungle drop. But in a masterstroke, it never happens, reverting back to something slower. Also, some phrases smooth out into Hip Hop territory with the hi-hat tinkering repetitively. Claps are the more obvious nod to Roots, accenting each upbeat. The whole percussive arrangement is extremely smart – bringing a Jungle vibe that refuses to properly get going and leaving the main chorus as a Hip Hop/Roots hybrid; an almost musical representation of Arnold’s held-back anger.

The keys, meanwhile, are another manifestation of this musical genre-smashing. They start life as almost a piece of Funky Soul/Hip Hop grandstanding, with their quaver/dotted crotchet rhythm. But they quickly progress into an atypical Roots bubble rhythm, compounding the nods to the genre. But from this point onwards, the keys’ role does a back and forth between the bubble and the quaver/dotted crotchet sequence. This musical fluidity encapsulates At All’s overall ambiguous nature – and also hammers home the peaks and troughs of emotion throughout the track.

Further delicious tit-bits of musical delights litter At All. Heavy use of reverb on the main vocal line is all a bit Dub, as are the occasional samples. The gorgeous inclusion of heavy, high-passed and tinny synth keys brings the 90s Jungle vibe back in. But perhaps the musical highlight is the unexpected main bridge.

It’s a complete juxtaposition in some respects to the rest of At All. A heavily orchestrated string section comes in, sweeping across bars almost as if they’d come straight from a Bond film. Importantly too, they take their lead from the main melody, which serves to enhance Arnold’s voice. The kick remains incessant on every beat, then some percussion comes back in – namely military-like snare rolls – before taking the track back to the Jungle feel. And it’s at this point where the anticipated drop actually happens: stripping the track right back to just layered vocal and bass. It’s perfection and utterly ingenious; elevating At All to another artistic level entirely.

Arnold’s vocal, meanwhile, is sensational. She has a gorgeous, gritty timbre that is as expressive as it is controlled. Elements of Roots-like singjay are brought in via her exquisite, almost improvised use of rhythmic repetition. But her voice is undoubtedly grounded in Soul. It hovers without fault between an upper alto (not least with its rounded, fulsome tone) and a light, soaring soprano via her head voice. Her vibrato is pointed; her vocals runs clean and crisp and use of intonation and dynamics marry with both the melody and orchestration. And lyrically, it’s potent stuff: vexed with a lover whose effective time has come, who clearly doesn’t understand the other person. There’s a particularly pertinent phrase which sums up both the theme and also the musical anthropomorphism of the Jungle rage that never really gets going, as Arnold swipes: “I think something’s wrong, but I wish you well…” Polite yet devastating: the track as a sum of its musical and lyrical parts.

Kaylan Arnold At All is stunning. The composition itself is one of the more inventive and effective of recent releases, hammering home the track’s message beautifully. And Arnold is sublime: performing across multiple genres in one track and making it work is no mean feat, but she pulls it off with aplomb. Stirring and unnerving stuff. Brilliant. Kaylan Arnold At All review by Steve Topple (15th May 2020).