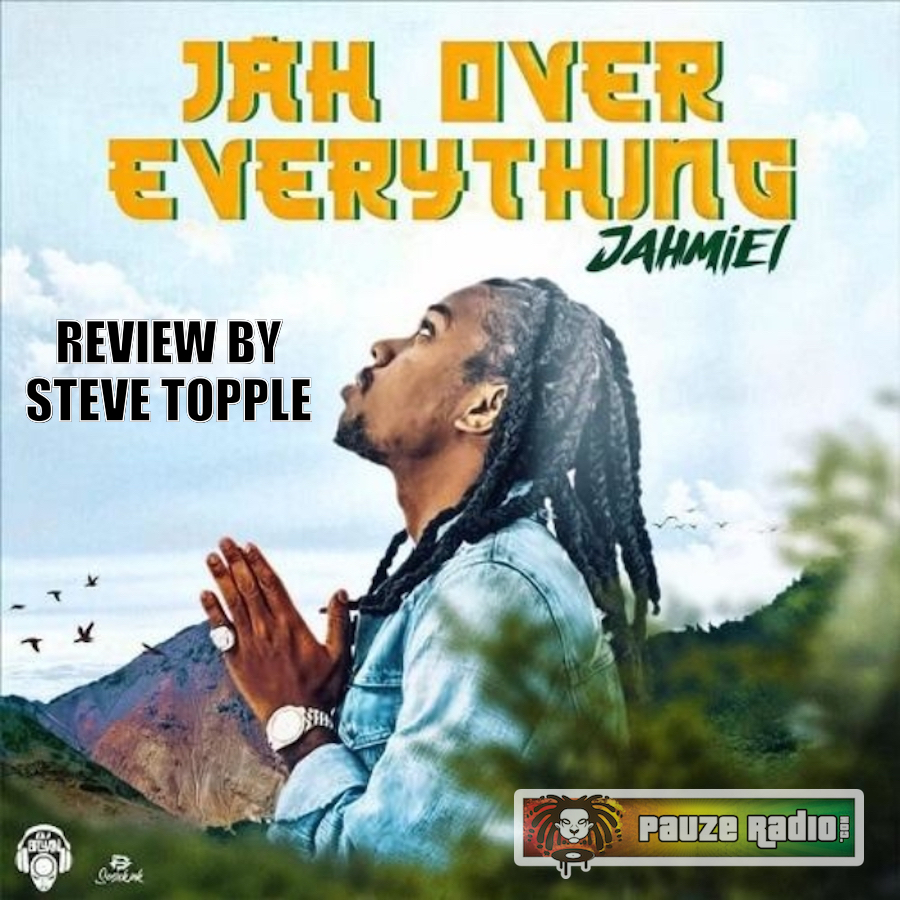 Jahmiel – Jah Over Everything – Review

Jahmiel: Jah Over Everything Single Review – Steve Topple for Pauzeradio.com.

Jahmiel was one of the iconic Dancehall acts of 2019. Not least because his album Great Man crossed over into conscious and musically ambiguous territory; doing so with finesse and skill. Now he’s back again with a brand-new cut, and once more he breaks his own musical boundaries.

Jah Over Everything, released via DJ Bryan Productions, is another move away from traditional Dancehall. It’s a fascinating cut, and the production from Bryan is adrift from his own usual home of Soca and grimy Afrobeats (see the Trap Life Riddim from 2019). But both are more than comfortable in this territory.

It opens with a rolling acoustic guitar riff which has a distinct feel of Folk-Pop about it. But this lulls you into a false sense of security; one that is quickly exposed. A glorious and sharp glissando up and down on the strings marks the change in picture, as the track heads straight to Afroballad territory.

The percussion at first listen appears to be set to an Afrobeats device, as it’s jittery and offbeat. But delve deeper into the arrangement and this isn’t quite the case. The kick focuses on the first downbeat, then returns between the second and third. Meanwhile, blocks come in on the first offbeat and then the final fourth whole one, which is distinctly Afrobeats. But the high hats and snare tread a different path altogether. The frantic semiquaver rhythm pattern followed by a buzz roll is more reminiscent of Trap (Drill in the UK). But this part of the percussive arrangement is used sparingly, coming in at certain points – then dropping away again.

The bass is fairly fixed on a more RnB ballad riff, which covers each bar with a ‘oneee-(two)-and-threee-(four)-and…’ pattern. Both this and the percussion move Jah Over Everything away from it’s initial, Folk-like ‘Song of Praise’ opening and create a delicate but driving momentum.

But the acoustic guitar remains a constant throughout the track, even if it’s in the background. Because aside from the percussion and bass, the track’s instrumental layering comes in waves. Strings make appearances, switching between that glissando again and sharper, extremely staccato passages which at times are just out of earshot. A synth flute also performs similar, and the effect of both is to once more increase the forward motion – which juxtaposes so well with the more lilting guitar.

What also works so well on Jah Over Everything is the backing vocal arrangement. It’s stripped back, performing a part-harmonic, part call and response duty. This gives Jahmiel’s vocal the freedom to dominate. And impressively dominate he does.

He is a consummate artist, letting the lyrics lead the way on his vocal. Jahmiel perfectly pitches the dynamics, building in urgent volume as the track grows, then pulling it back as it concludes. He always rattles out syllables at an impressive rate, while maintaining excellent enunciation. And his use of intonation and the clipping of words just adds to the expressiveness of his performance.

Jah Over Everything is yet another inspired move from Jahmiel, aided strongly by Bryan. It feels like a natural progression from the heavily conscious Great Man album, and will only serve to cement his musical prowess. But it also adds to this unique and exciting artist’s growing roster of stylish tracks. Top class from the great man.

Jahmiel Jah Over Everything review by Steve Topple (8th April 2020).