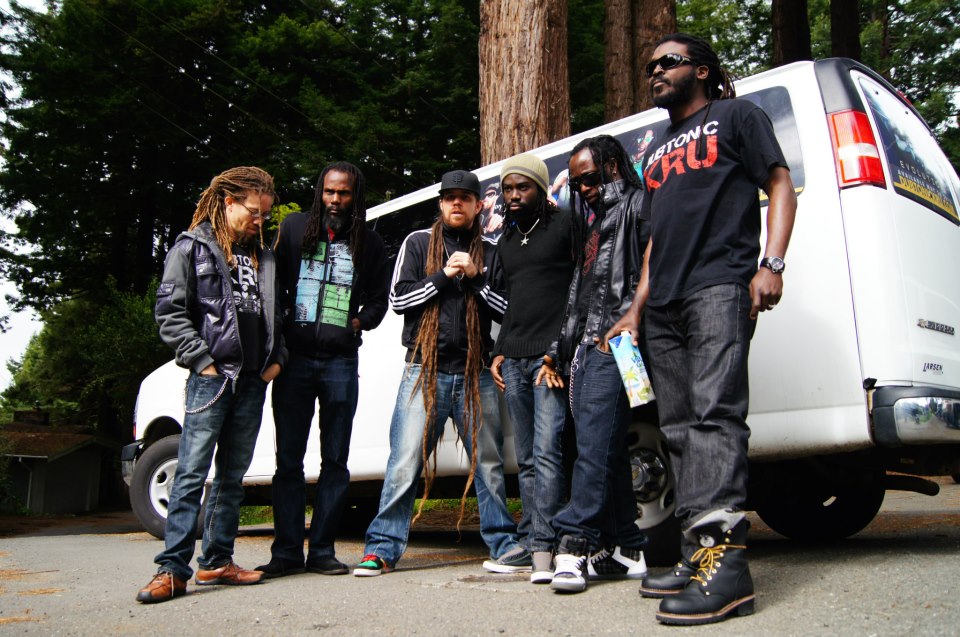 The founding members of Dubtonic Kru are Deleon “Jubba” White and Strickland “Stone” Stone, a dynamic Drum & Bass duo who, over the years have contributed to the development of modern roots reggae.

Like their style of music, Dubtonic is a mixture of two words “DUB”, relating to the heavy drum and bass aspect of reggae music and “TONIC”, referring to medicine. The eclectic blend of music and musicians are certainly medicine to one’s soul and after listening you simply just want more of this TONIC

It’s then no surprise, the level of positive energy that is shared through music between “Dubtonic Kru” and their listeners everywhere they perform.

Their versatility and capability in being able to serve the right dosage to their varying audiences was the edge they had over their counterparts when they were voted BEST NEW BAND IN THE WORLD” 2010 – 2011 at the Global Battle of the Bands World Finals in Malaysia, February 2011. After a fierce musical showdown of different genres that involved national finalists from numerous countries, the Executive Judges made the unanimous decision that awarded Dubtonic Kru top honours.

Founding members of Dubtonic Kru, “Jubba” and “Stone”, a dynamic Drum & Bass duo, who over the years contributed to the development of modern Roots Reggae, with their unique sound and approach that intertwines Jubba’s mesmerising Reggae/Jazz Fusion drumming with Stone’s groovy, yet pulsating bass lines. The Duo has gained about a decade and a half of experience from touring and or recording with the legendary likes of Max Romeo, U-Roy, Burning Spear, The Mighty Diamonds as well as modern day artistes such as Bushman, Junior Kelly, Richie Spice and Lutan Fyah . A significant milestone in their careers was the composition of the “I Swear” rhythm, that took the Reggae arena by storm featuring artistes such as Richie Spice, Chuck Fenda, Sizzla among others.

With the addition of longtime friend and versatile guitarist Jallanzo, who added his strong vocal ability and the young, talented Luke Dixon on work stations, Dubtonic Kru became a more complete music machine Another turning point of the group’s dynamic came with the addition of very unique and powerful singer to round out the already electrifying dub compositions with sometimes spoken words and song writing by Jubba and Jallanzo. Kamau, “the Quiet Warrior”, brings a revolutionary voice to the Kru. Their songs and spoken words are consciously thought provoking, while their rhythm/dub section walks through the passage of time with a gritty sound that rolls stones and break fences. Some of their popular numbers like Sunshine Girl, Born Jamaican, World Crisis, Balance and Natty Dread are testimony to the group’s versatility.

2010 could be comfortably dubbed their year as they were also honoured by the United States House of Representatives and was presented with a Congressional Proclamation by Congress woman Yvette Clarke for their contributions through music to varying communities. The same year, they were awarded the Simba Award by CPR (Coalition to preserve Reggae Music). Certainly, their successes have given rise to a resurgence of bands on the local scene in Jamaica and they were once again honoured with the Jamaica Star’s “People’s Choice Award” for “Band of the Year”.

The Kru continues to give medicine to audiences through remarkable performances locally and across the
world and solidifying their place in the Global music scene.

They are certainly dedicated and poised to raising the bar and keeping it interestingly spontaneous!
Dub and Tonic, the Dubtonic Kru is dedicated to keeping Bands and Reggae Alive…