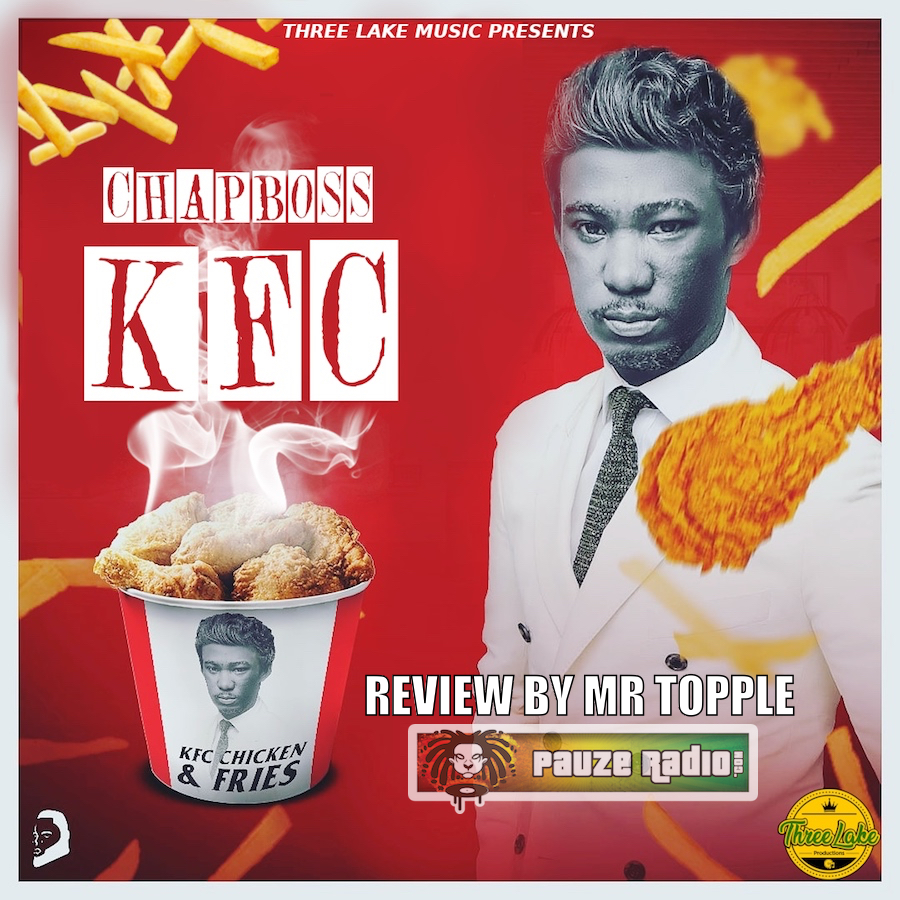 It’s always good to share an upbeat, light-hearted piece of music from time-to-time. With this in mind, enter Chapboss with his latest AfroDancehall cut.

Chapboss KFC, released via Three Lake Music, sees Chapboss take you on a nicely carefree musical journey, with his use of a certain chicken shop brand as the hook. The production from Three Lake Music is extremely good: smooth, detailed and with some gloss on the finish. And this, plus the smart composition, makes for a pleasing result.

The track is a classic AfroDancehall arrangement – but with some neat twists on the genre. It’s driven by the percussive line. The snare does that recognisable ‘(one)-two-and-(three)-four’ rhythm driving the feel of the song. Hi-hats stutter around in between, driving the wind and adding a bit of Trap with their occasional buzz rolls. Meanwhile, the kick strikes the one and then the off between the three and four. The inclusion of a scattered block, briefly tapping in the background, works well. And overall, it’s an unfussy yet effective arrangement which gives space for the other instruments to do their thing.

KFC’s bass cleverly contrasts the percussion. It’s smooth yet deep and resonant, running drawn-out notes across most of the bar before just the slightest bit of syncopation comes in – pushing the track forward into the next phrase. There’s a nice use of an acoustic guitar line at points, which runs arpeggio (broken) chords, complementing the bass’s smoothness well. Additional samples add some intricacy to the track. But it’s the piano line which is perhaps KFC’s best feature.

It’s been very smartly constructed by Three Lake Music – elevating the track above much of the usual AfroDancehall. At points, it runs around almost an RnB arrangement, where the right hand runs a countermelody to the main one and the left performs chords. Then at other times, the piano reverts to striking, stark chords – almost like a broken Reggae bubble rhythm. There’s also a great interplay between the guitar and piano lines, where one calls and the other one responds. The engineering across the piano is very good, too – with the broken bubble rhythm being higher-passed with heavy reverb and flowing decay, compared to the RnB sections.

Chapboss’s performance then adds to this very appealing composition. He has a good timbre to his voice – which, while being quite clear and clean, has elements of grittiness about it, giving it an edge. His style of delivery is forthright and punctuated, with very good attention to detail on enunciation and syllable definition. Rhythmically he shows good variation between repetition and then embellishment on this. Chapboss has a decent vocal range; provides light and shade across the track and his lyrics are well-written and inventive. Overall, you can almost feel him grinning as he spits “she love me like KFC chicken and fries”.

Chapboss KFC is a well-constructed and well-executed party AfroDancehall track. Three Lake Music have done an excellent job on the production, with attention to detail that lifts it above the norm. Chapboss is fun and vocally deft – and the whole thing is as fresh as the Colonel’s Party Piece Bucket. Nice. Read the Press Release here.