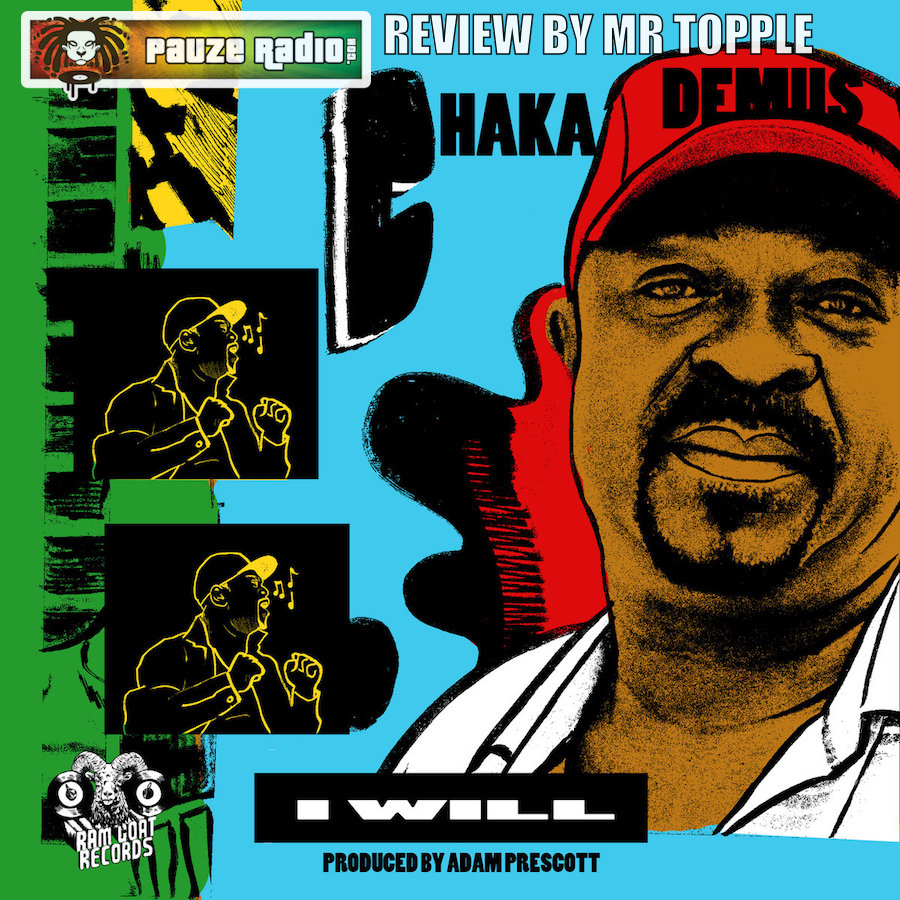 Chaka Demus – I Will – Review

Chaka Demus: I Will Single Review by Mr Topple for Pauzeradio.com.

One of the most recognisable names in Reggae has put his talents to a limited edition 7” vinyl press. But given the quality of the track, these records won’t be around for that long.

I Will, released via Ram Goat Records, sees Chaka Demus take the vocal lead. Production comes from Adam Prescott – and it’s a brooding, almost throwback Roots-Dub affair which grabs a hold of you from the off and doesn’t let go.

Splitting the track into its component parts, first off and Prescott has included some Roots sensibilities. Tinny keys run a fairly staccato bubble rhythm throughout, with decent riffing at points and with some delicate reverb and decay run across them, to create a subtle ebb and flow. The main bass line is rounded and low-passed to create a resonant sound. It works around a two-bar phrase, which Roots-drops the fourth beat on bar two to create a veritable intake of breath before continuing.

But one of I Will’s aggressive drum lines avoids Roots entirely, being more at home in Dub. The kick refuses to do a one drop, instead hitting the downbeats with some force to create a driving sound. The snare focuses on the two and four, while hi-hats run a double time rhythm. Additional cymbal crashes run from one bar into the next – and the whole thing is imposing and unsettling. There’s a clever but extremely fleeting use of a horn – which dips very occasionally into I Will as a response to Demus’s vocal calls. What sounds like an extremely dampened and compressed electric guitar also gets involved through the right input – running an almost chaotic skank which doesn’t stick to the usual rules, mashing up the ‘and-one’ rhythm. But then, Prescott has combined a host of synth instruments to force I Will into some old skool Dub territory.

First off is the additional drum machine line. Reverbed and pitched synth tom-tom pads roll frantically at points, taking us straight back to the 80s. Then, the main bass’s motif is mimicked by an additional synth bass. It’s a brilliant addition: the oscillation has been messed with, reverb has been added and some high-pass filtering put in. This has created another classic 80s-style sound – slightly slapped, raspy but with an overtone of a pad and the slightest hint of explosion at the end of each note. Prescott has only used it on the chorus, too – which brings light to the verses which are left to the traditional bass.

But it’s also the chorus which is musically very interesting. There’s a real clash of melodic purpose, here. While Demus’s melody runs around the diatonic C sharp fifth but the out-of-key E major sixth, the synth bass pad is at odds to this, working from the F sharp tonic then up and down again. This intentional clash creates a highly unnerving vibe – perfect for I Will’s mantra. Add in the vocals, and the track is pitch-perfect.

Demus is at the peak of his powers. His upper baritone range and timbre is a perfect match to the overly bold instrumentation. His spoken word intro opens proceedings well, before he goes full on singjay for the verses. His voice has aged wonderfully – now being at home in a booming, rich timbre which manages his complex rhythmic arrangement well. But less is more, and Demus keeps it melodically sparse on the verses to hammer home the lyrics. Then, on the choruses he breaks into a rounded, chanting vocal; elongated and compelling. Demus puts interjections of spoken word throughout – and his ironic laughing is fitting. Lyrically, he also delivers – giving us a sermon on maintaining humble self-confidence, faith and perseverance in the face of the system’s adversity despite what it may throw at you. As he waxes: “a little faith can move any move any mountain; little confidence move any hill”.

Side B on the limited press 7” vinyl features an instrumental cut; the actual ‘riddim’ if you like.

I Will is impressive work from Prescott and Demus. Musically inventive, it manages to combine old skool effects with something more up-to-date – creating a sound that stays with you long after the track has finished. Demus is on-point and engaging, showing he’s still ‘got it’. And overall, I Will would be a worthy addition to anyone’s limited edition collection. Fyah. 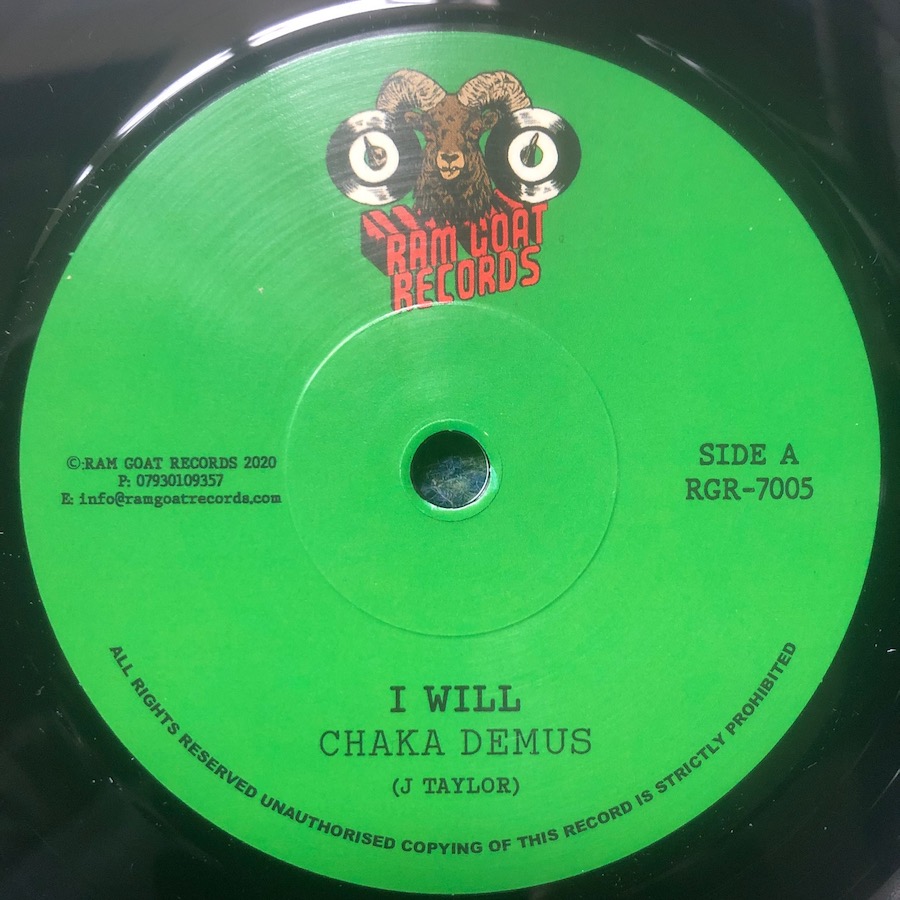