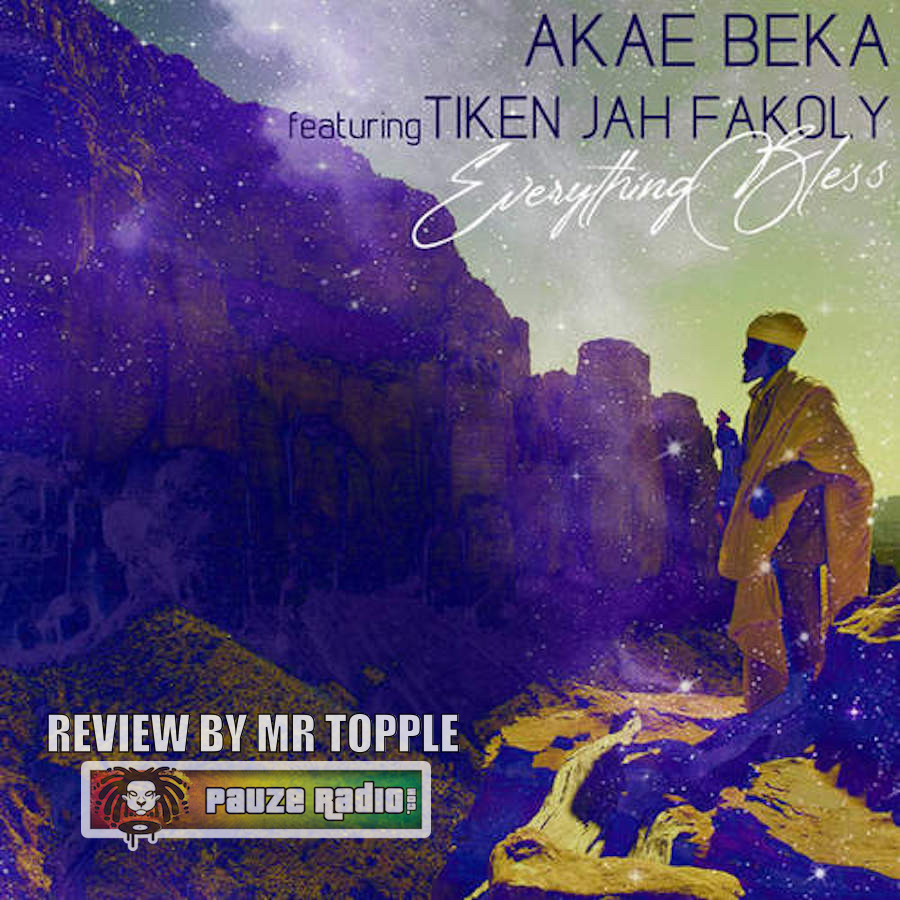 There’s something inherently moving about hearing Vaughn Benjamin (Akae Beka) posthumously; remembering what an inspiring talent he was. And the latest release, thanks to Zion I Kings and I Grade Music, is no exception to this.

The tracks rudimentary parts can be broken down into its two main genres. Roots devices feature, at times prominently and at others stripped back. The piano runs a rudimentary bubble rhythm, without the more traditional right-hand syncopation until the very end – which focuses the mind on the offbeat, Roots vibe well. Drums run a one drop, with the kick and snare honing directly in on the two and four, while hi-hats work on double time rhythms. The bass, rich and resonant, runs a dotted-led syncopated drop beat rhythm, skipping the four on the majority of bars which represents an effective intake of breath before the next phrase. The sum of these parts is an unfussy, Roots rhythm section, which allows space for the other, complex instrumental lines to perform their highly detailed roles – veering at times towards Soul.

Guitars lilt casually in the background across two lines: one often running arpeggio chords, but elongated as opposed to being tightly broken ones, as well as improv riffs; the other doing a skank. The Fender Rhodes piano and electric organ embellish the Soul vibe well, with the latter running chords with the vibrato turned up. Moreover, Fiona Robinson-Sterling’s background vocals are gorgeous, swerving between straight, layered harmonised accompaniment and call and response duties. Then, there’s a delicious synth horn included, which makes a fleeting appearance as a response to the main vocal call. Add to this wonderful, rich and pointed breaks and bridges, where the Roots elements are stripped away entirely to give Soul prominence – and you have an extremely clever arrangement which merges the two genres perfectly, creating a sound that not only has momentum but a wonderfully rich and poignant timbre overall.

But the central instrumental role is undoubtedly the kora, from Mamadou Sidiki Diabate. Brilliantly performed, its full of light and shade – running rapid, complex runs across chromatic notes; the latter bringing a wonderful edginess when juxtaposed with the more soulful chord progressions (A flat root-minor fifth-major sixth). But the kora’s inclusion is of course a concerted link to Africa, too – encapsulating Everything Bless’s thematic content.

Benjamin is, of course, powerful and moving across the track – mixing that signature timbre and melodic technique which has its grounding in Soul, with the rhythmic interpretation and arrangement of a Roots artist. He’s particularly enthralling here, immediately compelling you to listen and refusing to let go once he’s grabbed you. Fakoly also delivers in droves – giving an almost improv performance, working off a basic rhythmic motif which he then embellishes as his sequence progresses. The two men’s voices are a perfect fit, and combined they deliver the thematic content of the lyrics strongly: the humble virtues of living your life according to Rastafari and Jah and how, maybe, we all need to be aiming for this under Babylon’s perpetual chaos.

Everything Bless’s accompanying video from director SAMO and director of photography Fernando Hevia is wholly appropriate. The scene, a man tending to the essentials of family, food, music and thought, has been cleverly shot and edited with what looks like elements of grayscale, which serves to accentuate the wrap that adorns his head, the plants around him, the food he’s preparing, the sound system and his child. And the video’s ending sequence, shot ‘as twilight’ with increased shadow, trains the eye to the embedded video of Benjamin in a picture frame. It’s an intuitive production, marrying with the music and lyrics perfectly.

Everything Bless is utterly beautiful and engaging. Zion I Kings have done a sterling job with the production, and the intricate arrangement is a joy to behold. Benjamin and Fakoly have given searing performances, and the whole package bodes extremely well for the forthcoming album. Inspired, and inspiring.