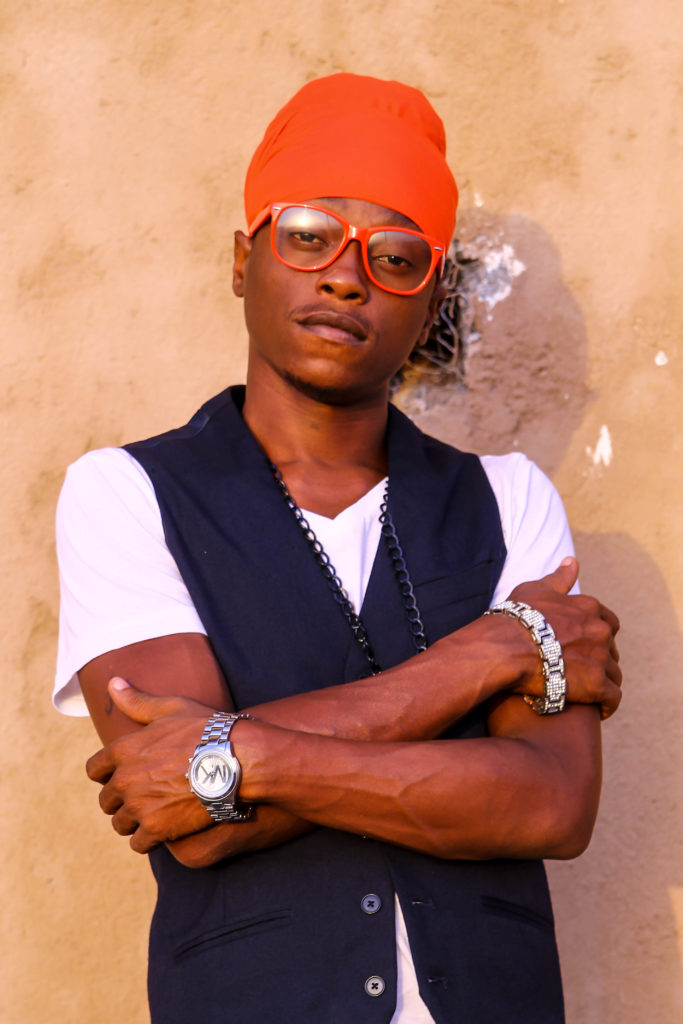 Short Biography:
Young King, aka Teflon is a Rastafarian Dancehall and Reggae music artist from the Jamaican parish St Mary. The parish is known for producing great artists and contributors to the genre. I and I presents a powerful musical talent, voice and message of Jah, love and respect globally. I name Teflon came from I and I friends because I was unstoppable both in mind and spirit. Whereas anything I and I put I mind to I will not stop until I achieved it. I put a meaning for Teflon which meant “Teach Each Forever Love Over Nations”. However, Teflon was when I was young like a solider and now I have matured into the status of a King for the army of Jah. So now I go by the name Young King, hence I Album titled “Young King The Beginning”. Also I is a role model to the youths base on the fact that I music communicates the essence of their struggles, emotions, feelings and livity that they face daily. I am a strong communicator with this platform of music, so I ensure that I use this medium at all times to help educate, save, deliver, uplift or even spark social commentary. This have allowed I and I to have a very strong youth following from ever since because they all can relate to I music.

Gav Pauze: When did you first start singing?
Teflon: At the age of 10 I was in newspapers representing I parish in school festivals, but I started singing at around the age of 8 or 9.

Gav Pauze: Did your family encourage you?
Teflon: I grandparents were I biggest supporters for it was they who paid for I and I music classes. Wherein, I made the national newspaper at a very young age in school for playing the drums and performing in I school choir. Also, I father, sisters and some family member always encourage I. Now it’s I children who are I biggest supporters and the steering on this mission that I and I on.

Gav Pauze: Who else in your family sings?
Teflon: Professionally no one in I family that I know of sings, but a number of them are musically solid and have an ear for music.

Gav Pauze: Who are your musical inspirations?
Teflon: I musical inspirations in no particular order would be Bob Marley, Jacob Miller, Sizzla, Michael Jackson. To be totally honest I take musical inspirations from all musicians from various genres because I like to hear how different messages, compositions, musical arrangements are and how they are delivered so I can learn as to how to construct I message to I fans.

Gav Pauze: What kind of music do you listen to today?
Teflon: I listen to various music genre from Reggae, Dancehall, EDM, Pop, Rock, Rap, Soul, Dub, Country, Reggeaton, Jazz etc… As I said I like to listen to peoples craft and learn from it. That’s why when on tour doesn’t matter the audience I can also communicate with them based on how I see others in their genre communicate musically.

Gav Pauze: Do you release music on vinyl?
Teflon: No I haven’t as yet and I album “Young King The Beginning” will be the first one that I will do so with. The team is looking at summer of this year to do so.

Gav Pauze: Where would you most like to perform?
Teflon: In the Queen of England’s Palace and the US White House. They all know that Rasta sings the truth and they need to hear directly from I as a messenger from Jah to help spread love and breakdown mental slavery.

Gav Pauze: Who would you most like to work with?
Teflon: I have worked with one of the founder of Reggae on I Album Mr. Lee Scratch Perry, I wasn’t around to work with the Legend of Reggae Bob Marley however I have signed a distribution deal with his company Tuff Gong International. I have worked with Living Legends like Sizzla, Capleton and recently produced a Beenie Man track. So, who I would work with would be legends like Beres Hammond because I respect his work and also mommy Marcia Griffiths. However in the pop culture I would say Rihanna and Adele.

Gav Pauze: What do you think about whilst performing?
Teflon: When I perform I and I is always in a deep spiritual space, so not even when I finish perform I could tell the I them what was I thinking whilst performing. I am one of the greatest performers, so if I was supposed to be thinking about anything whilst performing, it would be to give I all, to ensure that both the fans and organisers leave feeling great, also the message of love and respect is very close to I heart and anyone who interacts with I is hold to that high standard. What fuels it, is the fact that I was brought up that way to show love and respect, for it is the passport and visa of life that will take you anywhere. Therefore, I as an instrument of Jah is charge to spread His message of Love and Respect everywhere I go for I walk in the footstep of the King.

Gav Pauze: If you weren’t singing, what would you be doing?
Teflon: I would have become a chef as I have I certification within that sector before I left school.

Gav Pauze: Do you play any instruments?
Teflon: I used to play the drums.

Gav Pauze: If you could/do dabble in another genre of music, what would it be/is it?
Teflon: I see genre of music  as peoples culture so I would involve I Jamaican flavour into EDM, Pop, might try country and western…nahhh I will leave that one alone. But Hip-hop and Rap are both offsprings of Reggae and Dancehall so yes I would bring I Jamaican flavour in those genre too.

Gav Pauze: What genre of music can’t you stand to listen to?
Teflon: To be honest I don’t have one because all genre represents a persons country or culture. So to not stand something is because you don’t understand or get it. So in order for someone to get I genre I and I have to listen all and get it in order to best relate to the I them. 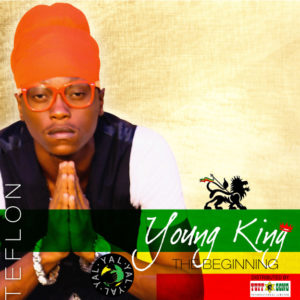 Gav Pauze: What hidden talents do you have?
Teflon: I don’t have a hidden talent… because Jah give us talents not to hide them but to use for the betterment of self, family and nation. But a lot of persons outside of I country don’t know that I am a good football player. Well a certain Chelsea player came and did a charity football game at Spanish Town Football Oval within which I scored and assist a number of goal against his team lol. Maybe I will try out for a British football club.

Gav Pauze: What can we expect from you in 2016 and beyond?
Teflon: Well I am excited to meet new people and their culture. So I am looking forward to go new places, meet and spread I message of Love and Respect for I 2016 “Young King World Tour”

I want everyone to go and support I album “Young King The Beginning” it’s a very nice Album and #6 on the Reggae Album Chart. Thank you all and Blessed Love. You can follow I on Twitter, Instagram and Facebook