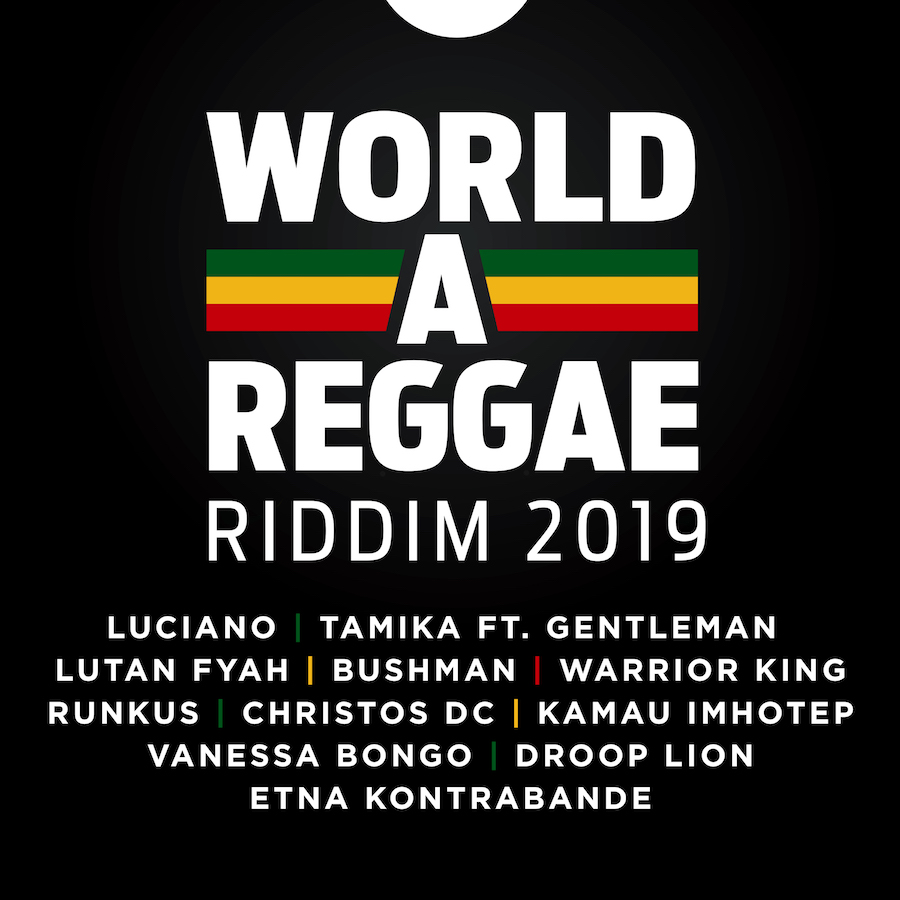 (Songs On This Riddim Are Available In The Pauzeradio Vinyl Shop)

If ever the title of a track summed up not only its content, but also the musical genre, it was the World A Reggae Riddim. Because you can chart the history of the music, and its true meaning, across all the artists’ interpretations.

It’s a bold move for World A Reggae, one of the leading websites for the genre, to release its own riddim. But given the roll-call of artists who have put their talents to it, it’s is a stroke of genius. Moreover, the basic composition is almost a history lesson in Roots, spanning the genres that have influenced it.

World A Reggae Riddim opens with solo djembe drums, setting the beat for the rest of the track and immediately transporting you to the Motherland, the cradle of the music. A synth marimba gives a brief flourish, signalling the start of the track proper. But it serves the double purpose of bringing a distinct air of Calypso to proceedings. Then, the riddim move straight into Roots territory.

The keys tread a bubble rhythm and a bass syncopates Rocksteady. Interestingly, there’s no standard one drop present. While the hi hats and cymbals constantly tinker (albeit more erratically than a straight double time), no set beat is accented. This almost takes the riddim into the Revival movement. A Hammond-esque organ flits in and out, bringing in some Soul/Gospel. Meanwhile, strings occasionally make an appearance, with brief, smoothed out RnB-Hip Hop riffs at the end of the bar. There is even some strutting, Funky Soul electric guitars to add to the mix. All in all, World A Reggae Riddim covers much of the genre’s musical foundations and offshoots perfectly.

What also stands out is that the riddim doesn’t conform. While many are basic four or eight bar compositions, World A Reggae’s contribution is more complex – almost a complete track in its own right. All this leads into the artist’s having an intricate, colourful palette to work with. They also have top-class production from K-Jah Sound, whose deft hand doesn’t falter.
It’s hard to cherry pick standout interpretations from the 11 versions. But there were a few dazzling diamonds among the wealth of gems.

Christos DC scored a hit in his own right with Self Evident. Looking at the track, it’s easy to see why. Forget the addition of Ska horns, the heavy reverb or the embellishment of the percussive line. It’s his vocal which stands out: almost smack-bang in Neo Soul, flitting between a tenor and falsetto, with the feel of improvised rhythmic arrangement and phrasing. The Doo-Wop backing vocals compliment this perfectly, leading to one of the more curious (in a good way) interpretations of the riddim.

Droop Lion’s Reggae Music keeps the basic riddim, just adding in call and response backing vocals. But his track is perhaps the closest to embodying the meaning of World A Reggae’s creation. Stripped back, Droop’s husky vocal has clear elements of Calypso, using a four-line chorus followed by an eight-line stanza. Adding this mechanism in, along with the lyrical content exalting the genre, heavily nods to where Reggae has in part come from.

It would be remiss not to hat-tip Etna Kontrabande’s Don’t Forget My Love; not least for the appearance of a theremin, synths trumpets and vocoder which could easily have been from Protoje’s A Matter of Time. This tribute to the Revival movement fits the riddim’s aims perfectly.

The legendary Lutan Fyah does his take on the riddim in his own, inimitable style. Much like Droop’s Reggae Music, Chant Jah barely strays from the World A Reggae original. But being Lutan, this isn’t a bad thing. His voice is the most commanding of instruments: expressive, versatile across both baritone and tenor ranges and equally comfortable across smoothed out rhythms and complex, rhythmically detailed singjay. He flits between all these, brining a level of storytelling to World A Reggae Riddim for which the composers surely hoped.

Tamika and Gentleman have a long history of working together. And it shows on Spiritual Wealth. The addition of an electric guitar mixes up the riddim nicely. But it’s the pair’s vocals, and their arrangement, which truly shine. They featured heavily beamed notation, with both artists using their skills at phrasing to accentuate this device. Tamika shows her impressive range, with her backing vocals scattered an octave apart. Moreover, their delivery of the track is sublime – finishing off this lesson in near-perfection.

Vanessa Bongo’s Power Ignite is another stand out. It takes the riddim somewhat into Dub territory, with the use of reverb and the intricate melody. Her singjay-come vocal is impressive, soaring between a strong, purposeful chest and an effortless, delicate head voice. Her enunciation is also pointed, making good use of the light and shade in the beamed and tripleted arrangement. The layering of her voice is very complex across three lines, adding to that dubby, almost otherworldly feel. Overall? Gorgeous.

What World A Reggae has also done so well, is to bring together some of the most potent lyricists of recent times on one release.

Of note is Bushman’s These Are The Days; a devastating commentary on 21st century society, juxtaposing Biblical references with the sad reality: “when the media misleads and breeds a generation of vipers”.

Meanwhile on Archetype, Kamau paints a vivid picture of the glory of Africa, detailing her rich history but also how you will not “dilute” hers and Rastafari’s truth. The Apple from Runkus is a tasty, sweet mix of Biblical storytelling and cautious lessons for the modern age.

Luciano has not only created a musically adept interpretation of the riddim on Story Of My Life, but it’s probably the strongest piece of storytelling of the release. He emotively charts his journey from a child to now: from family, to poverty via social turbulence. But as he sings praise of, “only by Jah will we survive”. It’s a truly moving effort.

Finishing up the collection is Warrior King, with Sing Another Psalm. Essentially a Song of Praise, it sums up much of the lyrical content from the other artists. It’s wonderfully poetic, not concerning itself with conventions like end rhyming or stanza structure. The track is a musical vers libre, allowing Warrior to truly rejoice in his faith, and urging others too, also.

The World A Reggae Riddim is superb, and a musically clever composition. The artists’ interpretations go beyond doing the original cut justice, intuitively expanding on its musical themes while lyrically keeping within the track’s obvious mantra. If there was ever a comprehensive, potted musical history of the greatest genre in existence, it’s this. Written By Steve Topple for Pauzeradio.com (21st January 2020). 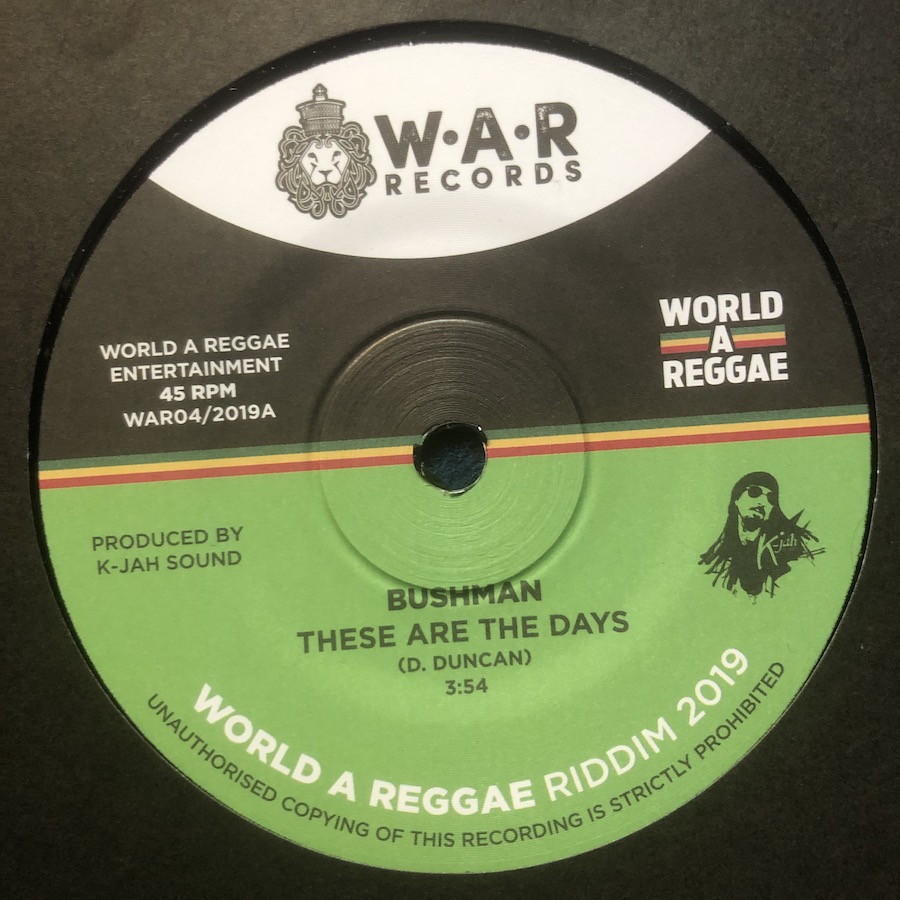 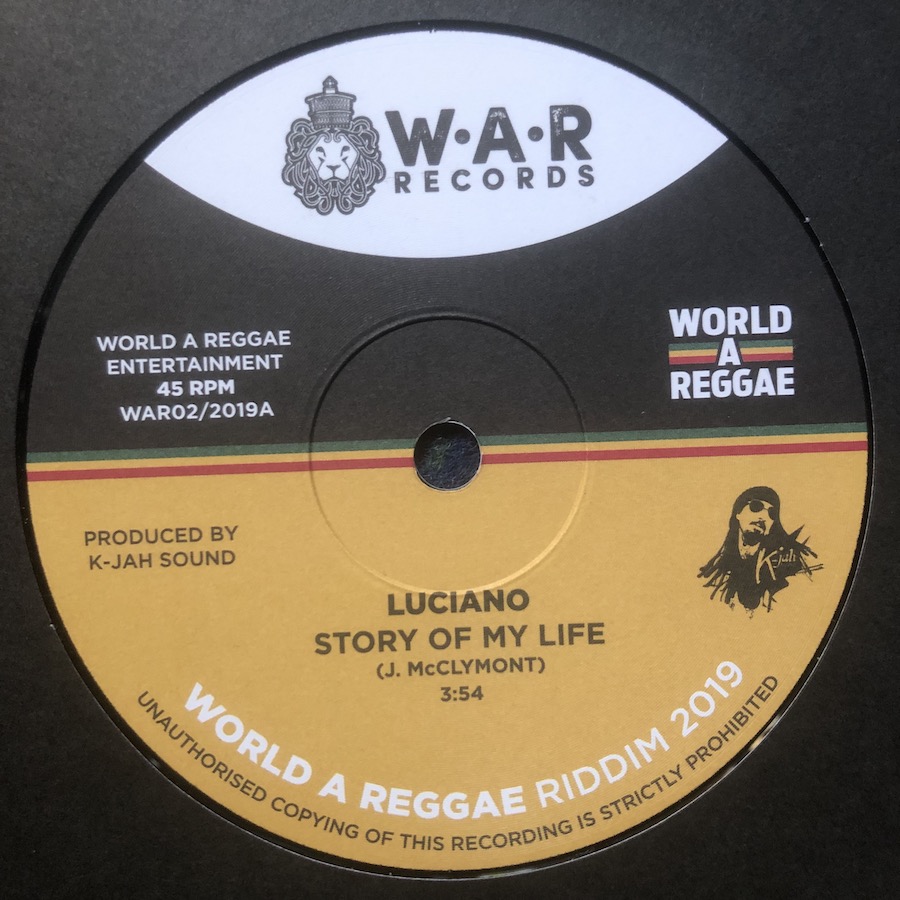