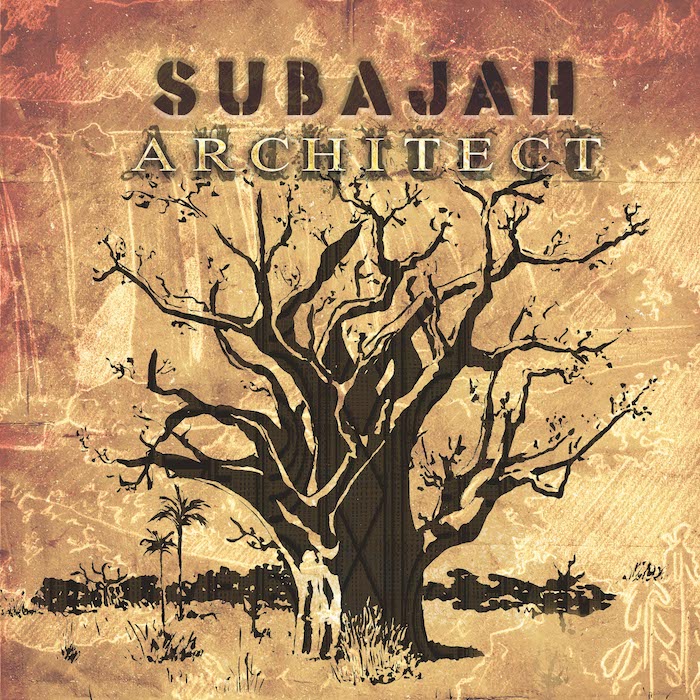 The album was recorded live in the prestigious Studio Davout, in Paris, except for two tracks recorded in London. It was produced and composed by Subajah and the sound engineer Clement “Tamal” Thouard, and also Calvin “First Eye” Bennion for a few of the tracks.

Tamal is a talented engineer (The Banyans, Jah Legacy) who previously worked with Subajah on his EP “Voice of Freedom’’. And First Eye is a member of the Charmax Family, founded by Max Romeo, for whom he is the Europe Live engineer. He is also a member of Subajah’s band. Architect is mixed by Tamal and mastered in Anchor Studio, at Kingston in Jamaica, under the supervision of the renowned Gussie Clarke.

This album offers an insight into Subajah’s musical world. It displays his originality, as artist and songwriter, and also his composing talent. Slow deep roots songs, one of Subajah’s “trademarks”, are obviously present on this album.

Free minds, the hit from his EP ‘’Voice of Freedom’’ had already introduced us to this refreshing style, that defines especially Subajah. We find a new version of this same track, entirely replayed and recorded again for the album. With the same approach, Good Morning launches a universal call for unity, in a deep meditative style.

Just like Jah Garden, in which the horn riff seems to come straight from the ancient times of Abyssinia, calling for people across the world to gather. In another style, the first single of the album, Walls of Babylon, is a powerful appeal of justice played in a “Radics” style movement. Where as Farmers, clearly stands out as the most upbeat track, reproducing a 70’s style vibration with a strong dub influence.

His soul, jazz and rhythm & blues influences are manifested in Hold you. This unique smooth ballad, with a different feel, was released previously as a single. These influences also resonate in Steady, which is embellished with a beautiful vintage electric piano. Subajah is joined by the electric voice and energy of Meta Dia, from Meta and The Cornerstones.

His collaboration with Lutan Fyah on Along The Way, shows us once again Subajah’s spirituality and also the wealth of his flow. In a beautiful track stamped by the sound of Fred’s (Tu Shung Peng) saxophone. The combination of their voices and their message, of hope and faith, gives to this amazing song a universal dimension.

Keep it Royal offers us a duo bass/drums as charismatic as the guitar of James Shepard. Subajah invited his friend and UK rising star, Bongo Kanny, for a collaboration on this track.

Subajah, passionate about composition and writing, is a great amateur of acoustic shows. Three tracks reflect especially this sensitivity.

Afrika is callin’, where the African continent, so important for him, is celebrated and honoured. We can hear the surprising and beautiful sound of an n’goni played by Youssouf Diabaté (also vocalist on the same track), and the amazing famous Amen Viana on the guitar. We find again this combination in a different and captivating style in Win or Lose. Words also present that side of Subajah’s musical world, with a nyahbinghi chant evoking a soul journey, rocked peacefully by the sound of an enchanting flute and magic notes from the n’goni.

The hit and title track of the album, Architect, is a sheer beauty. A rich and heavy production by First Eye and Ijah, in perfect harmony with Subajah’s sharp lyrics, original flows and melodies. To finish beautifully, the album offers 4 Dub versions, two created by Tamal and two by First Eye. In one of them, (Dub Architect/First Eye production): We have the privilege to hear the talented melodica player, Addis Pablo, son of the legendary musician, Augustus Pablo.

We hope you’ll enjoy listening as much we have enjoyed making this musical project! Thank you. 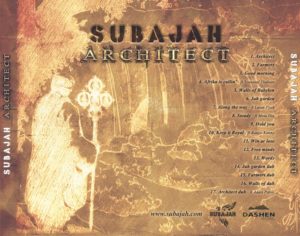 Read our review of this album here: Architect Review