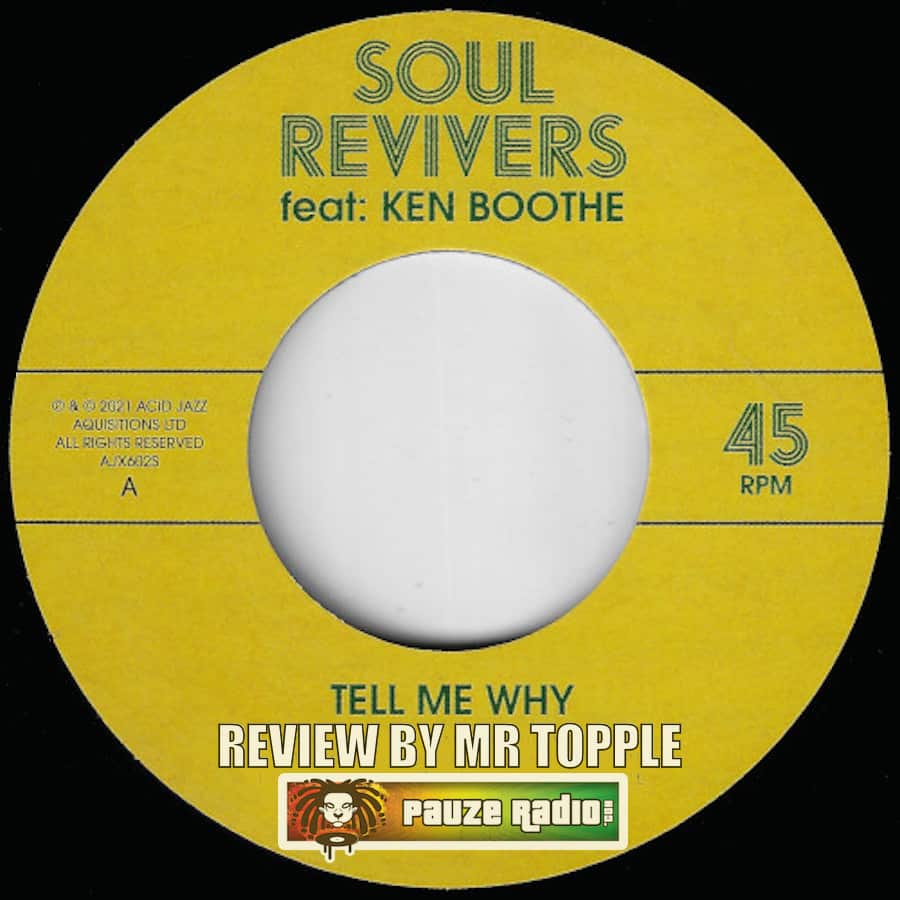 The Pauzeradio shop has some fresh stock. And if you were looking for something fresh that also ‘revived’ the best traditions of Soul-influenced Roots Reggae music, then look no further than the legendary Ken Boothe.

Tell Me Why is released via Acid Jazz and available on 7” vinyl in the Pauzeradio shop. Produced by Nick Manasseh and David Hill (known as Soul Revivers), the track is from their recent release On The Grove. To say the track is gorgeous and expertly crafted would be an understatement – as Tell Me Why is perfection from start to finish.

From its almost chant-like opening with Boothe’s spoken word section, the track quickly settles into Soul-influenced Roots. Some traditional musical devices are in play. Keys run a choppy bubble rhythm which is fairly low down the treble clef, giving depth and a slightly ominous tone. The bass performs a classic one drop, missing the first beat of the majority of bars to give that veritable intake of breath. It runs arpeggio chords in the most part in a pre-Rocksteady style, with additional breaks which bring momentum to Tell Me Why. Guitars’ skank and the drums do an embellished one drop, with the snare being highly syncopated, hi-hats riffing in addition to their basic pattern and tom-toms also employed.

The additional touches in Tell Me Why really elevate the track. For example, a whining, slightly shrill yet still rich electric guitar avoids the tendency to employ that Cali Surf Rock, tremolo and amp-adjusted sound that’s seen a lot in modern Roots. Instead, it’s soulful and slightly rounded, bringing a vocal quality to its performance with the addition of pleasing blue notes and bending. In the background runs an electric organ, filled with vibrato and running staccato chords which at times are replaced by funky riffs.

But it’s the composition and the mastering which really cement Tell Me Why as something special. Soul Revivers have created a score that is essentially a Soul one – in terms of the chord progression and the overall arrangement. The former are beautifully done – varied and emotive. Then, the latter has been crafted to bring light and shade to the depth of instruments: guitars come in and out then have a solo bridge then vanish; breaks are a plenty; the drums path is varied and overall, it’s extremely detailed. The mastering completes this tour de force. It focuses firstly on bringing certain instruments up at the appropriate times and down at others, while always giving Boothe centre stage. Then, the finished EQ is rich and rounded, creating an almost vinyl feel compared to the digital sparseness of modern production.

Boothe is of course wonderful on Tell Me Why. His voice has lost none of its power as he runs around his tenor range with ease – employing good use of crescendo and decrescendo to accentuate lyrical phrasing. His attention to detail in terms of note lengths marrying with numbers of syllables is pleasing – for example, single syllable note lengths are generally very long, while Boothe clips more complex ones. His performance is impassioned and emotive – and his lyrics, a rallying cry for unity in the face of Babylon’s divisive agenda, are engaging and pertinent.

Side B of the 7” features an equally impressive instrumental version, Tell Me Again.

Overall, Tell Me Why is glorious. Soul Revivers are exceptionally talented composers and arrangers, bringing all the depth and attractiveness of Soul to Roots sensibilities. Boothe is thoroughly on point, and the whole thing is an absolute pleasure – a must-have for any music lover’s collection. 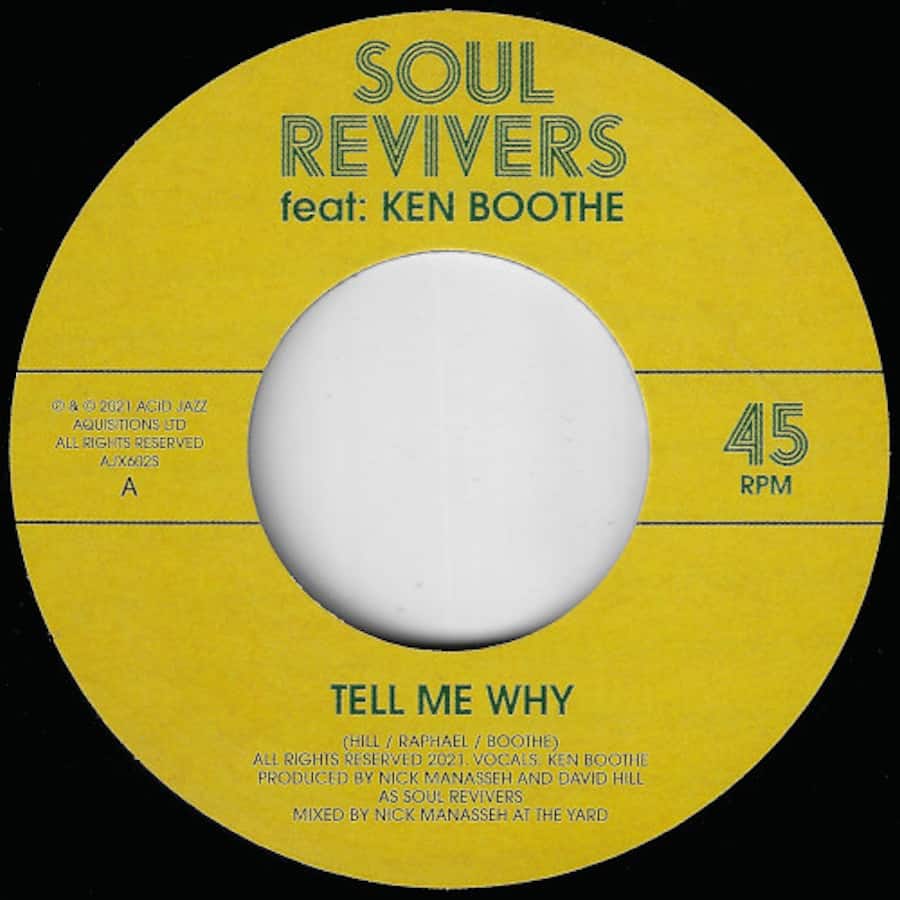