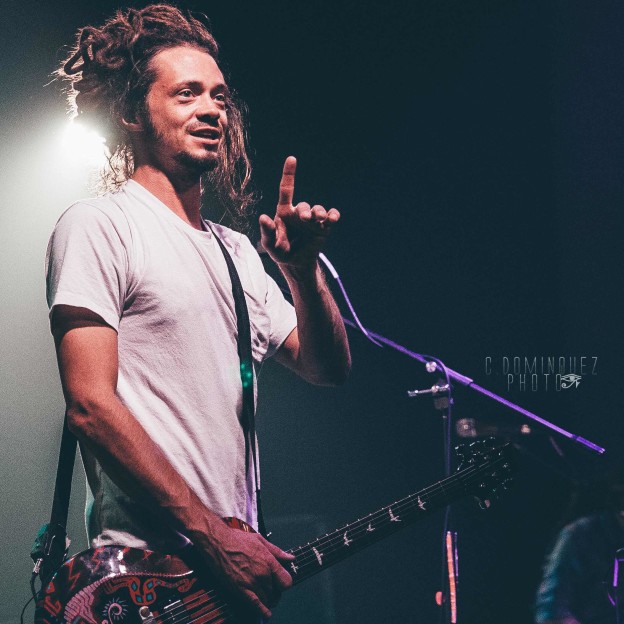 SOJA Live At The Granada Theater 2015

The Granada does it again! If you’ve never been to The Granada just know the amount of amazing shows they bring to Lawrence, KS is unbelievable! So of course when I heard they were bringing SOJA, J BOOG and Dustin Thomas I couldn’t help but to think, “but of course!”

Doors opened around 7pm with the first act going on around 8. Now I have to be honest the name Dustin Thomas rang a bell, but I couldn’t quite put my finger on a song of his. As he took the stage it was just him and his guitar, I was sort of wondering where the band was at this point. It took me a minute to realise, “he’s giving us an acoustic show!” That’s something I don’t see too often now a days. 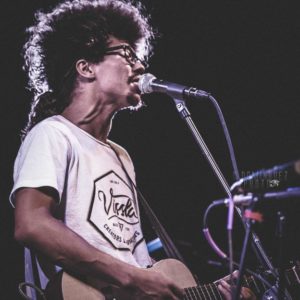 As he started to strum and sing, I heard nothing but soul backed by lyrics about joy, peace and love. Truly inspirational! He gave us songs like “The Lions are Coming” and “Break These Chains,” from his new album Mountain High. I was taken away enough by his passionate vocals and guitar abilities but when he gave us his song “Beatbox Hymnal,” it was a wrap. This song was a perfect mix of soulful lyrics and beatbox, and might I add he’s very good at! For me Dustin Thomas brought an immense amount of self expression to The Granada, leaving us with a strong sense of awareness! 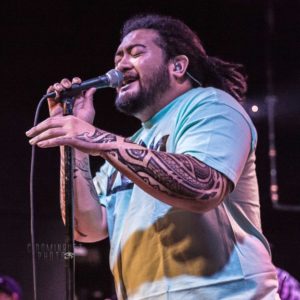 Around 9pm-ish we were on to J BOOG! Now most people that know of J BOOG know he’s of Pacific Island descent which gives his version of reggae music a unique twist, allowing him to bring to us the feel good music that he does. We were able to hear some of his biggest hit’s like “Lets Do it Again” and “Sunshine Girl.” As well as his single “My Audio” from his recent mixtape My Diamond Life, which were graciously up for grabs at the show!

J BOOG gave us an amazing show with his distinct vocals, but couldn’t have been done without being backed by his family (or ohana as they say in Hawaii) the multitalented Hot Rain Band. In the band was lead vocalist and guitarist Carl Noa, keyboardist and vocalist Chris Rod, on drums was Leslie Ludiazo, on percussions Laga Savea, bassist Ambrose R and keyboardist Kahi. The Hot Rain Band hails from Hawaii adding that extra element, their island flare to the show.

As we round the corner to about 10:30 the crowd was in sync chanting “SOJA!” The Grammy nominated band from the DMW takes the stage. Ryan Berty on Drums, Kenny Bongos on percussions, Hellman Escorcia on saxophone, Rafael Rodriguez on trumpet, Patrick O’shea on keyboards, Bobby Lee on bass and vocals, lead guitarist Trevor Young and last but not least frontman, lead vocalist and guitarist Jacob Hemphill. SOJA’s sound is very distinct, a unique blend of reggae, rock, dub a splash of latin roots and a genre new to me go-go. 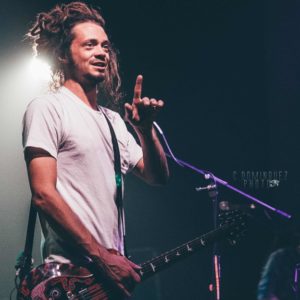 Their music is thought provoking as well as inspirational, focusing on humanity. We got to hear classics like “You and Me,” Jah Atmosphere” a cover of Sublime’s “Santeria” and even some songs from their most recent album Amid the Noise and Haste. A few times were graced with sounds from their MC Alfred who is a skilful lyricist. Listening to SOJA on your own is one thing, but being able to see them live truly instills their message of togetherness. There was nothing but soulful, peaceful vibrations flowing through the venue. No negative vibes at The Granada that night! Peace.

Review and photo by Chantal Adjoaví