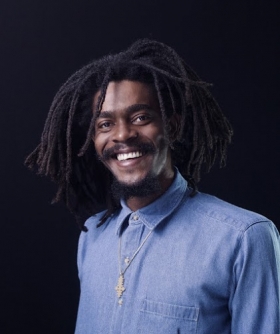 Silkki Wonda, “Shaydz”, was born Ricardo Y. Lynch on July 17, 1986. Shaydz’s Mother and Father raised Shaydz and his two older sisters in Rollinton, Kingston. It was the combination of growing up in the heart of Kingston City and in a Christian household, which provided a balance for Shaydz and his sisters.

Shaydz’s first memory of music was his father buying a guitar from their landlord in Maxfield. Shaydz was in such awe of the guitar he began to toy around and play the guitar. As a youth, Shaydz’s Mother always listened to old school music such as Ray Charles, Anita Baker and Whitney Houston. The melodies of these songs always interested Shaydz but it was when his older sister purchased a Buju Banton CD that Shaydz knew he would create sweet, reggae music.

Shortly after making the decision to become producers, Silkki Wonda and Teflon linked with King Dinero, another great producer in White Waters, Spanish Town. While producing music, Shaydz would often sing hooks and verses. With the influence and encouragement of Teflon and King Dinero, Shaydz began taking his career as an artist seriously.

During a studio session in 10 1/2 with Chronixx and Teflon Shadyz began playing around with the mike and Chronixx convinced Shaydz to voice a song. Chronixx loved it so much so they voiced the song, entitled “Hold You.” After that, Silkki Wonda was born.